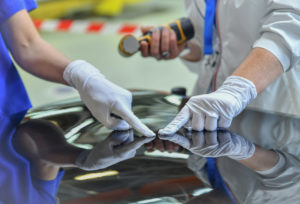 Less than half of responding shops reported being paid consistently by insurers for denib and finish sand and buff operations when requested, the latest “Who Pays for What?” survey found.

Only 35 percent of the several hundred shops responding to the January survey said they were paid “always” or “most of the time” to finish sand and buff when they asked eight of the nation’s largest insurers for reimbursement. Denib sat at 40 percent for a similar number of responding shops.

Help the industry by taking the current “Who Pays for What?” survey on not-included body repair operations through April 30. All answers are kept confidential — data is published only in the aggregate — and participants receive a copy of the report.

However, the percentage of shops reporting being paid “always” or “most of the time” rose more than 2 percentage points in both categories this year. The increase was still within the margin of error of 3.1 percent, so it’s too soon to celebrate it as a definitive improvement.

Growth here would be welcome. The proportions are barely above where they stood three years ago in the 2016 survey. Denib in 2016 grew 10.4 percentage points to 39 percent — a mere point shy of where it sits today. Finish sand and buff sat at 31 percent back then.

Still, the numbers prove that insurers do indeed “pay for that” — helpful ammunition for repairers and customers during bill negotiations.

Contrary to the argument that denib and finish sanding reflects a lack of paint skill, Nissan said in a 2018 position statement it understands that those operations could be required.

“Nissan is dedicated to providing vehicles of the highest quality to every owner,” the OEM wrote. “Every aspect of the vehicle, from mechanical, safety, and paint finish during the manufacturing process, receives the utmost attention to detail. Restorative paint processes can be one of the most impactful attributes to owner satisfaction when done properly. Repair facilities face a variety of challenges with vehicles including, but not limited to, paint maintenance and debris from daily road conditions.

In fact, Nissan acknowledged it has to denib and finish-sand within in its own multimillion-dollar factory paint shops.

“Nissan also completes these same processes in the manufacturing environment due to intrusive dirt or debris found in the production environment,” the OEM wrote.

Paint manufacturer documents on the SCRS and Collision Advice websites also support the idea that defects are inevitable.

“All of the paint manufacturers have bulletins on the need to denib or finish sand or buff, often noting (as the AkzoNobel statement reads) that, ‘It is not likely that a repair can be made that is completely free of surface defects,’ and that it is (as the Axalta statement reads) ‘a normal and necessary operation for both OEM manufacturers and collision repair shops,'” Collision Advice CEO Mike Anderson, one of the study’s authors, wrote in the April “Who Pays?” report.

Carriers were found to pay both direct repair program and non-DRP shops who’d asked to be reimbursed for the two procedures, though Progressive was noticeably more tightfisted with its DRP shops.

Denib was defined last year as “Use of a small sanding disk to remove dust specks, followed by polishing of a very small area.” Finish sand and buff was defined as “Labor to lightly sand all or most of a newly-painted panel and polish it back to gloss.”

The “Who Pays?” study included some examples of Database Enhancement Gateway inquiries tied to both topics, and shops and insurers might find the results interesting. Here’s three of the more recent ones; check out the actual report for more.

• A 2017 inquiry about a 2014 Ford Fusion asked CCC if denib and polish deserved a body or refinish labor rate. “I have carriers that only want to pay ‘body ‘ rate … We were hoping that ‘paint’ labor would be the proper designation due to the materials being utilized for the procedure,” the user wrote.

CCC said that determination was up to the “estimator and appraiser following a thorough on-the-spot evaluation of the ‘Paint Condition/Contamination.'”

• “Does the paint material calculation in CCC One include buffing materials, or should they be billed for separately?” another 2017 inquiry regarding a 2013 Ford Escape asked.

The DEG quoted CCC’s P-pages, which hold that the times for refinishing, wet/dry sanding, denibbing and rub-out don’t include materials.

• A 2016 inquiry about a 2016 Audi A7 asked Audatex to add a flat-sand operation and expand its wet sand and rub operation.

“In the ‘P’ pages it says that final sand and buff is by sanding the entire panel by compound buffing,” the user wrote. “This I agree 100% with, my issue is that a number of the cars that we work on are flat sanded and polished. Many insurance carriers do not want to pay to wet sand and polish cars because the finish isn’t perfectly flat.”

Audatex said there was just too much variation.

“We have reviewed the database reference manual regarding final sand and buff,” the information provider wrote. “All vehicle refinish surfaces require a different amount of surface texture, therefore anything more than final sand and buff operation will require a manual entry. No change warranted this time.”

January 2019 “Who Pays for What?” refinish results

A need to denib and finish-sand doesn’t mean the shop did anything wrong, according to paint manufactuer statements. (kipgodi/iStock)

Less than half of responding shops reported being paid consistently by insurers for denib and finish sand and buff operations when requested, the latest “Who Pays for What?” survey found. (Provided by CRASH Network and Collision Advice)

Carriers in the January 2019 “Who Pays for What?” survey were found to pay both direct repair program and non-DRP shops who’d asked to be paid for denib and finsh-sanding procedures, though Progressive was noticeably more tightfisted with its DRP shops. (Provided by Collision Advice and CRASH Network)