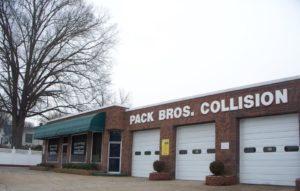 The North Carolina Department of Insurance and Travelers earlier this month agreed to settle a complaint that Travelers’ comments to a policyholder deprived a Belmont, N.C., collision repairer of business.

Travelers admits no wrongdoing or liability but will pay Pack Brothers Collision Center $1,566.38, “the total amount of the estimate prepared for the repair” by the insurer, according to the settlement. The shop alleged that Travelers steered a customer that had selected Pack Brothers for the repair, depriving it of that amount.

The settlement indicates insurers making statements about a non-DRP shop should also encourage the customer to discuss those assertions with the repairer.

“(The customer) indicated to Travelers that she wanted Pack Brothers to do the repair work and requested Travelers to send the estimate to that shop; however, allegedly some comments made to (the customer) by Ms. Hayley H. Griffith, a Travelers claim professional, caused (the customer) to have her vehicle repaired elsewhere, causing a loss of revenue to Pack Brothers; and

“WHEREAS, a copy of an email between (the customer) and Ms. Griffith provided to the Department tended to show that Ms. Griffith advised Ms. Mas to not send the estimate to Pack Brothers since Pack Brothers would not accept Travelers’ estimate for repair of the damages, would not work with Travelers if additional damages were found, and recommended that (the customer) have her vehicle repaired elsewhere; and

“WHEREAS, it is not disputed that Ms. Griffith informed Ms. Mas that she was more than welcome to use Pack Brothers, but that it would most likely cause Ms. Mas to incur out of pocket costs due to Pack Brothers not repairing the vehicle off Travelers’ estimate and unwillingness to work with Travelers throughout any potential delays that could occur during the repair process.” (Emphasis removed.)

“Unfortunately, it would be best if you cancel your repairs with the Pack Brothers, schedule a new repair date, and provide our Travelers estimate to that new shop,” Griffith wrote in an email provided to Repairer Driven News.

“You are more than welcome to continue to use Pack Brothers … however, this will most likely cause you to incur out of pocket costs due to the shop not repairing your vehicle off of our estimate or willingness to work with us throughout any potential delays that could occur during repairs.

Pack Brothers in its complaint said it worked with Travelers and even has the insurer handle its commercial insurance.

Steering goes on, but it’s hard to prove, co-owner Larry Pack said. This case was a rare opportunity, he said.

“We had it on paper,” Pack said in an interview Monday. “… It wasn’t just hearsay.”

Asked if the settlement dated April 17 had helped his business at all, Pack just said he’d received a lot of feedback, including from attorneys.

Following the complaint, Travelers claims manager Michael Vento told the DOI that no “steering” had occurred.

“Mr. Michael Vento, Claims Manager located in Travelers’ Charlotte, NC office, on behalf of Travelers‘ Buffalo, NY office, by letter dated January 14, 2018 informed the Department that the claim professional did not tell the claimant which repair facility she must use, and told the claimant on more than one occasion that Travelers would pay the amount its appraiser determined payable regardless of whether she used Pack Brothers or another facility; Mr. Vento in his letter further defined ‘steering’ as requiring the claimant to use the shop that Travelers recommended and not giving the claimant a choice, which Mr. Vento stated did not occur in the case at hand,” the settlement agreement states.

(a) A policy covering damage to a motor vehicle shall allow the claimant to select the repair service or source for the repair of the damage.

(b) The amount determined by the insurer to be payable under a policy covering damage to a motor vehicle shall be paid regardless of the repair service or source selected by the claimant.

But the DOI seemed to feel this meant insurers couldn’t just make assertions about a facility without also encouraging them to discuss those issues with the shop.

“WHEREAS, from the information made available to the Department, it appears that (the customer) relied on the statements made by Ms. Griffith, and based on such statements did not attempt to discuss the matter with Pack Brothers to determine whether Pack Brothers would work with Travelers with respect to the issue of additional expenses or delays that might occur during the repair process; and

“WHEREAS, from the information made available to the Department, it cannot be clearly ascertained whether Travelers was acting in the interests of its insured or itself in ‘steering’ (the customer) away from having her repair work performed by Pack Brothers; however, even if such cautionary language was in the best interests of (the customer), such action resulted in a loss of revenue to Pack Brothers, and an opportunity for Pack Brothers to talk to (the customer) and possibly alleviate any concerns she may have had with respect to the cautionary language in question.” (Emphasis removed.)

It recommended Travelers tell its staff that blanket statements about body shops should be accompanied by instructions that the consumer talk the matter over with the shop.

“WHEREAS, in the interests of avoiding similar occurrences in the future, the Department recommends that claim professionals be made aware of using such cautionary language without advising the claimant that he or she discuss the possibility of being personally liable for additional costs outside of the estimate given for repairs by the insurer, especially in cases where the claimant had expressed a desire to have the repair work done at a specific repair facility,” the settlement agreement states.

The agreement is an important precedent for North Carolina body shops and other repairers in states with similar shop choice statutes. It also deserves note by other states’ insurance commissioners, for it seems to balance an insurer’s right to speak to its policyholder without giving it a license to make unfair insinuations in a vacuum. Finally, it draws attention to an apparent misconception that an insurer’s initial estimate dictates both the cost and procedures to repair a vehicle properly.

The DOI initially took no action. However, Pack said the shop contacted Republican Insurance Commissioner Mike Causey about the matter. North Carolina-based Collision Safety Consultants CEO Billy Walkowiak said he’d texted Causey as well to talk to the shop, for this was “clearly a case of steering.” Walkowiak said he also talked to Senior Deputy Commissioner Kathy Shortt, with whom he serves on a task force.

Walkowiak said the North Carolina DOI will reopen cases if repairers escalate higher up the food chain, for “two different analysts will give you two different answers.”

However, he suggested repairers in other states might handle DOI inaction instead by contacting their state representative. “I jumped that one step,” he said.