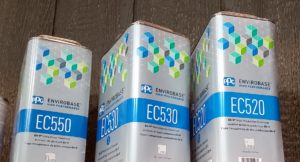 Here’s our latest monthly roundup of areas spotlighted as tip-worthy by the DEG. To receive the tips as soon as DEG releases them, like/follow the DEG’s Facebook and Twitter feeds. (It also posts videos to a YouTube channel once in a while.) Or just browse the nearly 14,000 inquiries and responses in the database and see what else you learn.

The paint department shouldn’t take any longer than two-and-a-half hours to perform all four on a single part, Mitchell states in a P-page passage quoted by the DEG in a tip tweeted out March 25.

But repairers and insurers need to understand what those 2.5 hours don’t include, it seems:

“For NEW, UNDAMAGED PARTS, a total of no more than 2.5 hours should be necessary to perform the four Clear Coat Refinish Included Operations listed above,” Mitchell writes. “This calculation DOES NOT APPLY to bumper covers, ground effects, special package equipment, interior edges, jambs, entryways, undersides and additional time that may be required for repaired and/or used panels. It DOES NOT APPLY to complete vehicle refinish. It is not intended to determine the quantity or cost of materials required for the application of clear.” (Emphasis Mitchell’s.)

The 2.5 hours will be tallied up using a Mitchell formula that directs estimators to calculate clear coating the first “major panel” or a “soft” bumper fascia as “.4 per refinish hour (40%), then add .4 per refinish hour for jamb, jamb and interior, edge panel, and/or underside (when necessary).” (Emphasis Mitchell’s.)

The DEG pointed out in a tip tweeted April 15 that the labor to install a welded panel won’t include any consumables expended in the process.

Such consumables could include welding tips, OEM-specific coupons, OEM-mandated coatings, welding wire and gas and the material and labor to protect the vehicle.

Refinishing backsides or undersides: Nobody includes it

Sometimes, a repairer will need to refinish the back of a panel to truly restore the pre-loss appearance of a vehicle.

“Refinishing back side of replacement/ repaired panel in all three estimating systems is NOT INCLUDED in exterior refinish times,” the DEG wrote in a tip tweeted out April 1. “This may require the user to make a manual line with an on the spot evaluation to replicate the factory appearance.

It quoted all three IP’s P-pages.

Audatex: Audatex writes that interior and exterior parts tend to command similar times in many cases.

Most interior parts requiring refinish are covered with finish panels, carpets, and trims and, as such, are not usually seen.

Note: Audatex does not include refinish labor for roof or bed underside. Under hood, interior parts (core support, frame, inner fender, etc.) tend to have less effort invested for color match or attention to detail in surface preparation than exterior parts do. In some instances, these panels are painted prior to installation (e.g., bolt-on radiator support panel). The masking effort on these components was not as extensive as interior passenger compartment parts. Generally, these non-passenger compartment interior parts take less time to refinish than comparable exterior parts. (Emphasis Audatex’s.)

CCC: “Refinish times presented in this guide are developed under the premise that the underside and jamb color is the same as the exterior body color,” CCC writes in its P-pages. “Some vehicle manufacturers use a different color for the engine compartment, trunk compartment and/or jambs. An additional paint mix is required if the underside and/or jamb color is a different color than the exterior body color. Clear coat (gloss or matte) will be required for base color coat applications. Some component backsides of vehicles may not be refinished; however, the OE replacement component may be supplied in a different E-coat color than the damaged vehicle. These factors should be considered when developing the estimate.”

CCC also wrote that for the underside of hoods or gates, repairers should check the time allowance on the specific vehicle and use the full refinishing time — don’t cut it for overlap. Mixing the color, tinting it and the clear coat are not included, according to CCC.

Mitchell: The DEG mentioned that Mitchell directed users to its instructions for “color match and tinting” whenever a paint formula is lacking for the backside of a panel.

“It may be necessary to tint or otherwise modify non-exterior colors applied to undersides, edges and/or jambs for which there is no paint color formula to achieve a color match,” Mitchell writes. “When necessary, reference “color match or tinting” listed above in Not Included Operations.” (Emphasis Mitchell’s.

If you’re interested, the not-included operations entry for color match and tinting lists these:

Refinishing bumper beams not included either

And speaking of things you don’t see but might have to refinish:

“Refinishing of Impact Bars/ Bumper reinforcements is a NOT included operation in all three estimating systems,” the DEG wrote in a tip tweeted April 8.

Audatex and Mitchell might be able to give you a labor time in their database, though, according to the DEG.

CCC doesn’t, according to the DEG. It quoted a response the IP made to an unspecified DEG inquiry saying as much.

“No refinish time for impact bar,” the user wrote in what appeared to be a reference to a rear bumper beam.

“MOTOR does not take the position that the impact bar should not be returned to pre-accident condition. However, determining the estimated work time to refinish impact bars in various stages of completeness, quality and/or to correct color, if refinished at all requires an on-the-spot evaluation.

“MOTOR’s position that impact bar refinishing requirements is a process best reserved for the judgment of an estimator/appraiser following a thorough on-the-spot evaluation of specific refinish requirements, this is the only fair method for determining the estimated refinish time.”

According to the DEG, some refinish manufacturers might demand you use a tinted primer sealer “to help achieve better coverage/ transparency of the basecoat.”

Neither the time nor the material is included, according to the DEG.

A 2012 Cadillac SRX is shown. (Provided by Cadillac)