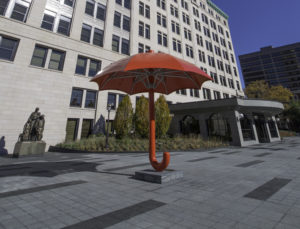 A recent North Carolina Department of Insurance settlement with Travelers over comments to a shop’s would-be customer deserves particular attention by shops, consumers and DOIs for Travelers’ assertion the vehicle should be repaired using its initial estimate.

“WHEREAS, a copy of an email between (the customer) and Ms. Griffith provided to the Department tended to show that Ms. Griffith advised Ms. Mas to not send the estimate to Pack Brothers since Pack Brothers would not accept Travelers’ estimate for repair of the damages, would not work with Travelers if additional damages were found, and recommended that (the customer) have her vehicle repaired elsewhere; and

“WHEREAS, it is not disputed that Ms. Griffith informed Ms. Mas that she was more than welcome to use Pack Brothers, but that it would most likely cause Ms. Mas to incur out of pocket costs due to Pack Brothers not repairing the vehicle off Travelers’ estimate and unwillingness to work with Travelers throughout any potential delays that could occur during the repair process,” the settlement last dated April 17 states. (Emphasis removed.)

Travelers denied any liability or wrongdoing in the settlement signed by the agency and insurer, but the carrier agreed to pay Pack Brothers the $1,566.38 it would have paid using its initial estimate.

“Pack Brothers won’t accept our Travelers estimate,” Griffith wrote Dec. 13 to the customer, according to a copy of an email provided to Repairer Driven News.

“… Unfortunately, it would be best if you cancel your repairs with the Pack Brothers, schedule a new repair date, and provide our Travelers estimate to that new shop.

“You are more than welcome to continue to use Pack Brothers … however, this will most likely cause you to incur out of pocket costs due to the shop not repairing your vehicle off of our estimate.”

Mere logic suggests not just a steering issue but a repair quality one here.

An insurer estimate by its nature — often prepared from external views of the vehicle by a party which isn’t necessarily a trained repairer — will likely not capture the damage and repair procedures revealed following a teardown and the blueprinting process.

In fact, Griffith even said as much in another email to the consumer just three days prior to warning the customer about Pack Brothers.

“… the attached estimate is technically an initial estimate,” Griffith wrote. The estimate was written up based upon the damage found on the outside of the vehicle. We are aware that there is a chance that once parts are taken off of the vehicle that we will find additional damages.”

The Insurance Information Institute even states: “The insurance company will not expect you to accept their adjuster’s estimate until you’ve established to your own satisfaction that it will cover the cost of repair, so don’t feel pressured.” It calls the initial estimate “a benchmark, not a total claim payment.” (Emphasis removed.)

Unless the insurer is taking on the role and liability of a contractor rather than a billpayer, a body shop working solely off an insurer’s estimate instead of its own analysis might be exposed to the risk for an improper repair. In fact, Nationwide in fall 2018 argued to the Pennsylvania Supreme Court it wasn’t responsible for the repair quality of its DRP shops.

Real-world data also casts significant doubt on the assertion that the insurer’s initial estimate is all that’s owed or necessary.

Clearly, the idea that an insurer shouldn’t have to pay more or the shop shouldn’t fix more than the initial estimate would be absurd for these two unspecified late-model vehicles. The odds are better than 50-50 the first estimate missed damage or additional procedures.

Mitchell’s last reported supplement data went broader and found 38.99 percent of all estimates supplemented at least once in the second quarter of 2018. That’s nearly a 2-in-5 chance that supplemental damage or operations will be necessary on a repair, with the average supplement bill of $948.30.

If an insurer’s official policy truly holds that nearly 40 percent of claimants are fated to pay nearly $1,000 out-of-pocket should they select a non-DRP facility, that’d be a tremendous disservice to claimants and a violation of at least the spirit of shop choice law.

Conversely, if repairers were to ignore or overlook nearly $1,000 in damage on 40 percent of customers’ cars because the estimate in hand didn’t mention it, that’s alarming.

North Carolina-based Collision Safety Consultants CEO Billy Walkowiak said he hears shops argue that if they work off of the insurer’s estimate “they can’t get in trouble.” Others will copy the insurer’s estimate line by line, he said, recalling an example of a repairer whose $27,000 estimate matched the carrier’s precisely.

Mitchell Industry Trends Reports data from 2018 shows the percentage of estimates with supplements and the ratio of all supplements (some estimates have more than one) to all estimates. (Provided by Mitchell)