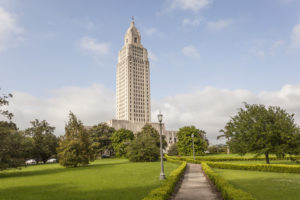 A bill increasing fines for steering and requiring the customer be told of their shop choice right has easily cleared the Louisiana House and been advanced by a Senate Committee.

Odds look good for what could be a final Senate vote today.

The Louisiana House of Representatives passed House Bill 411 unanimously 88-0 on May 15 following a unanimous report by the House Insurance Committee on May 1.

The Senate Insurance Committee sent it to the floor May 22 without any further amendments. The measure was scheduled to be heard by the full Senate on Thursday, but lawmakers adjourned without taking action. It’s now on today’s agenda; the full Senate will convene at 1 p.m. CT.

Louisiana Revised Statutes 22:1892 had already banned insurers from making paying a claim contingent on using a specific shop or entity.

Unlike other shop choice laws, it doesn’t spell out precisely how this notification must occur.

The bill also bars insurers from using “any act or practice of intimidation, coercion, or threat to use a specified place of business for repair and replacement services.”

Landry’s initial draft even prevented insurers from giving policyholders an “incentive, or inducement” for picking a particular shop. However, the House Insurance Committee cut that language in an amendment, and it hasn’t resurfaced.

Insurers also would face greater fines for violating the steering law. The existing statute merely fined a carrier up to $500 for each offense, though racking up enough of these could be grounds for the insurance commissioner to suspend or yank a license.

Under the bill’s language, the commissioner “may” fine an insurer $1,000 for the first offense, $2,500 for the second steering violation if it’s within a year, and $5,000 for the third within the same 12 months. The commissioner can still pull a license for excessive violations.

This heightened financial penalty might make steering less attractive as a “cost of doing business” trade-off for an unscrupulous insurer.

For example, a DRP shop contractually obligated to knock a few bucks off the labor rate, waive the fee for a procedure like a scan, and use an alternative part on every repair could easily save the carrier more than the $500 fine they’d eat for steering a consumer there. Unless the insurer gets caught so frequently the commissioner pulls their license, they’d still come out ahead financially.

Follow the action on the Senate floor here and here.

Be heard: Senator contact information can be found here. Gov. Edwards can be reached here.

The Louisiana Capitol is shown. (typhoonski/iStock)