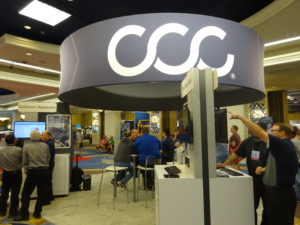 Nearly 40 percent of CCC repairable estimates in the fourth quarter of 2018 contained a manual entry reflecting a diagnostic scan, an increase from what had been in the single digits in 2016.

“Pre- and post-repair scans on appraisals have grown dramatically over the last several years, particularly on the newest vehicles where scans are a critical part of the repair to ensure all damage is identified and the vehicle has been brought back to pre-accident condition,” CCC wrote in its 2019 “Crash Course,” which reported the information.

However, the data in the annual “Crash Course” released this month still raises questions about the industry’s handling of what has been heavily publicized as necessary for nearly three years.

A far higher concentration of repairable vehicles would have needed at least a post-repair scan in the fourth quarter, based on OEM position statements, OEM public comments or information within the actual repair procedures.

CCC didn’t for 2019 calculate what percentage of vehicles should have been scanned in 2018 based upon OEM position statements alone. But in 2018, it had already calculated that that at least 70 percent of all repairable vehicles in 2017 should have received a scan based merely on position statements, without even digging deeper into repair procedures.

In 2018, Mazda, Hyundai, Kia and Ford issued their own statements, though the need to scan might have already existed within their repair procedures. (Ford, for example, said as much in 2017.) Earlier this year, Volvo joined the herd with its own position statement. Volkswagen remains a prominent holdout — arguing that shops could see that scanning was necessary when they read the repair procedures. Audi also has called scans necessary but is likely not releasing a position statement for a similar reason.

The narrowest of the position statements to date appear to be Ford and Nissan’s, which call for scanning everything dating back to the 2010 and 2008 model years, respectively. Other OEMs cite date ranges dating back more than a decade — or even longer. (However, Ford explained you have to scan older vehicles too whenever the repair procedures call for it, and Nissan said that while it required scans from 2008, it still recommended them for earlier vehicles.)

Logic suggests it’d be hard to find a repairable vehicle — even a Ford — you wouldn’t have to scan — and liability concerns woud seem to further reduce those odds.

So 40 percent feels low. However, CCC has traditionally been optimistic regarding the discrepancy between what shops ought to be scanning and what actually shows up on an estimate, chalking it up largely to shops doing the work for free but not adding it to an estimate as a $0 line item.

“Note that the absence of estimate line detail including scan fees does not mean a scan was not completed, just not recorded in the appraisal,” CCC wrote in the 2019 annual report.

Shops doing scanning pro bono might still wish to add the procedure to an estimate for record-keeping purposes in case the customer has a complaint down the road. They might also consider adding it as a zeroed-out line item to aid industry research like “Crash Course” — or even to refine lessons taught to artificial intelligences from estimate database trends.

It’s also possible the shop included the work and charged for it but used a term different than those CCC searched out amid the countless manual line item entries. A CCC chart indicates the estimating service looked for lines containing words like “Scan/Health/asTech/Diagnose.”

But a portion of the industry might be simply misinformed or oblivious and therefore fail to do the work at all.

The fourth quarter of 2018 saw around 55 percent of all current-year or newer vehicle estimates containing a scanning line item. That amount fell to 50 percent for vehicles aged 1-3 years and just above 40 percent for vehicles in the 4-6 age range. But just 20 percent of estimates involving vehicles 7 years and older had a scan on the estimate — even though OEM positions overwhelmingly describe a scan need going back at least a decade.

Despite a year and a half of collision industry hype over scanning, October 2017 “Who Pays for What?” data reveal 50 percent of surveyed shops failed to perform a post-repair diagnostic check at least once because they felt the damage was too minimal.

“That scares me,” Anderson, a study co-author, said at the symposium.

Shops were allowed to select more than one answer in the October 2017 poll, and 35 percent reported not performing at least one post-repair scan because “The vehicle doesn’t have any high-tech systems to be concerned about.”

The quarter-by-quarter CCC chart also reveals some interesting spikes in shops scanning after what had been a gradual increase. One wonders if a particular MSO or insurer suddenly agreed to embrace the procedure at that time, or if the increases reflected a position statement catching fire.

Consumers and insurers reimbursing shop customers received cheaper scans on average in 2018, based on the CCC data. The estimating service reported an average scanning fee and/or labor charge of $150 in 2016, dropping to $70 for the fourth quarter of 2018. (CCC treated each scanning-related line item and cost as separate when calculating the average, so conceivably a typical estimate could mean a $70 pre-scan and a $70 post-scan for a total bill of $140.)

Besides curbing the potential safety risk of inadequately restored vehicle electronics, scanning might be a good way for a shop to prevent productivity- and CSI-killing surprises.

“With fewer diagnostic trouble codes displaying directly in the dash lights, and growth in the number of electronic components within today’s vehicle, repairers may find fewer returns if post-repair scans are completed, and all OE procedures re: calibration of electronics are followed properly,” CCC wrote in “Crash Course.”

Lead author Susanna Gotsch, a CCC director and analyst, recalled in an interview this month an $1,800 estimate related to a vehicle needing a new blind spot monitor. A post-repair scan revealed a wiring harness needed to be replaced, adding an additional $3,700 to the repair, she said.

Nearly 40 percent of CCC repairable estimates in the fourth quarter of 2018 contained a manual entry reflecting a diagnostic scan, an increase from what had been in the single digits in 2016. (Provided by CCC)

October 2017 “Who Pays for What?” data reveal 50 percent of surveyed shops failed to perform a post-repair diagnostic check at least once because they felt the damage was too minimal. (Provided by Collision Advice and CRASH Network)