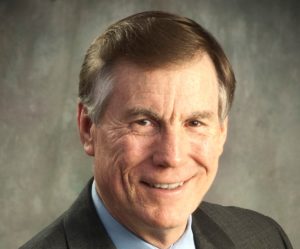 Republican Insurance Commissioner Mike Causey in a memorandum Monday reminded all insurers and agents of the state’s antisteering law and its potential penalties of “licensure action” and up to $2,000 fines.

“The Department thought it was wise to remind insurance companies that statutes and regulations don’t allow them to steer their customers to or away from particular body shops.”

The memo by Causey points out that “in addition to the prohibition against “steering” a consumer to a particular motor vehicle repair shop, (North Carolina General Statute 58-3-180) also provides under (a) that a ‘policy covering damage to a motor vehicle shall allow the claimant to select the repair service or source for the repair of the damage.’ This means that not only can a company or agent not steer a consumer to a particular motor vehicle repair shop, but, said company or agent cannot steer a consumer away from a particular repair shop either. The Department understands that there may be repair shops where interactions are more involved than with other shops; however, a consumer has the statutory right to use any shop of his or her choice for repairs. Thus, by statute, a company or agent cannot discourage in any way, (such as suggesting that the repairs will be costlier, less timely, or of poor quality), a consumer from choosing a specific shop for repairs.” (Emphasis Causey’s.)

Causey’s memo referenced an insurer’s obligation to tell the customer “that, among other things, the consumer is under no obligation to use the services of the recommended repair shop” prior to making a recommendation.

“All companies and agents should be aware of this statutory requirement because it is included in Part F General Provisions of the auto policy form which is promulgated by the Rate Bureau and approved by the Commissioner,” Causey wrote.

North Carolina General Statute 58-3-180 states that multiple disclosures must be made prior to the carrier recommending a direct repair program shop:

The North Carolina Department of Insurance also recently settled a steering complaint with one major national insurer, Travelers. The carrier admitted no wrongdoing or liability under the April settlement but agreed to pay Belmont, N.C.-based Pack Brothers Collision Center $1,566.38, “the total amount of the estimate prepared for the repair” by the insurer, according to the document.

The shop had alleged that Travelers steered a customer that had selected Pack Brothers for the repair, depriving it of that amount of money.