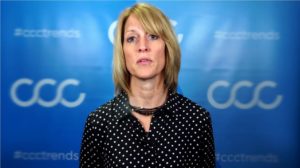 Totaled vehicles represented 19.1 percent of all claims in the first quarter, up from the prior year and way up from the 14 percent recorded in 2013.

The data provides a means of comparing one’s facility against the market. It also suggests the average shop is receiving less work but potentially bringing in more revenue per repair order. 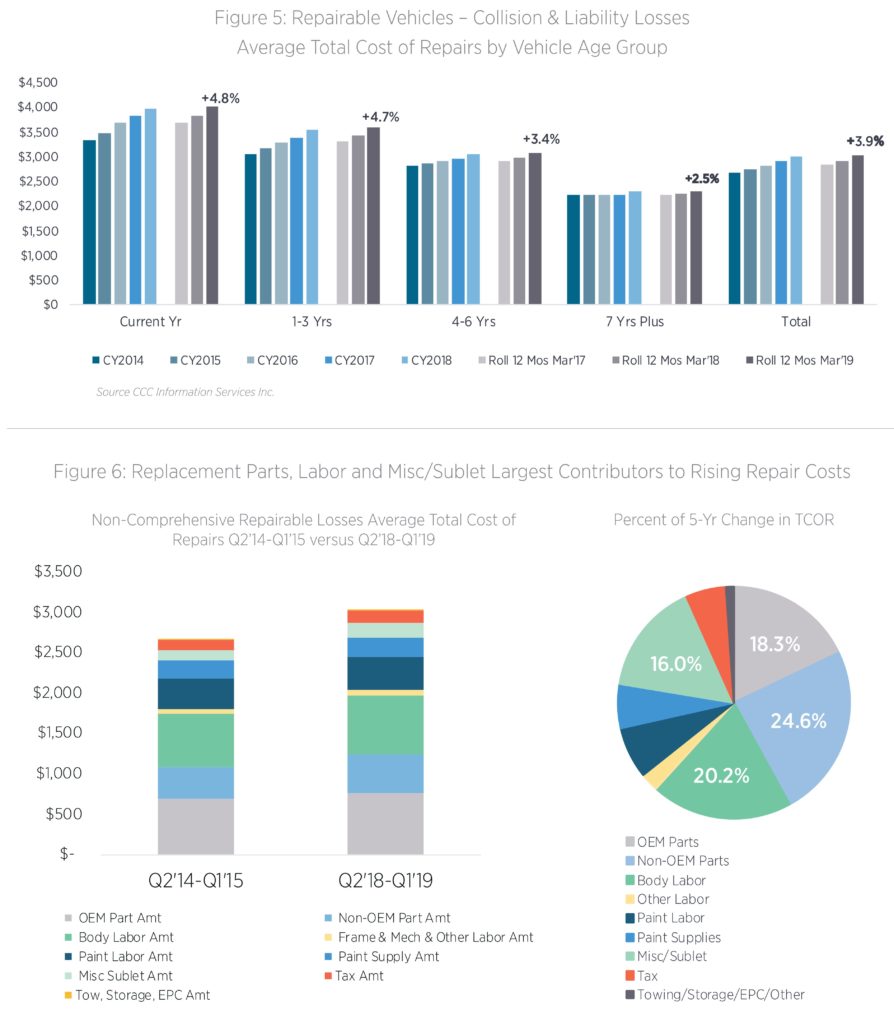 “Analysis of the components of the average vehicle repair cost, and the increase experienced by the industry over the last five years reveals well over 40 percent of the increase has come from more replacement parts, followed by labor costs, and costs rolling up under the miscellaneous/sublet category,” CCC director and industry analyst Susanna Gotsch wrote in May.

Calibrating advanced driver assistance systems and scanning vehicles probably has something to do with the rise in “‘miscellaneous/sublet.'”

For example, the proportion of repairable appraisals with at least one line item related to “Scan/Health/asTech/Diagnose/OBD” reached the 40 percent threshold in the first quarter, up from single digits in the first quarter of 2016, according to Gotsch’s report. The average line item was $65, she reported in a May video accompanying the report.

“Industry Trends with Susanna Gotsch – May 2019”

CCC in May 2019 reported parts, labor and miscellaneous/sublet costs made up much of the increase in repairable loss severity seen over the five years ending March 31, 2019. (Provided by CCC)