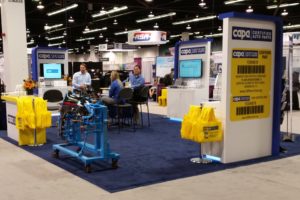 Collision repairers and insurers who use alternative parts might wish to review what appears to be a relatively new CAPA feature describing specific issues encountered on various lots.

CAPA had historically published lists of decertified parts (for example, this one from December 2018), and its website contains a database of decertified components. However, the public safety notices — the earliest batch dates back to Dec. 12, 2018 — provide greater detail about the problem and number of parts affected.

For example, the first notice, dated Dec. 12, 2018, warns that the substrate in 1,248 Hui Yih 2012-15 Toyota Prius bumper beams “may not be the same material used when certification was achieved.”

It said no complaints had been reported, but repairers could contact their distributors.

The most recent batch dated May 31 involve hundred of Y.C.C. and Tran Hung aftermarket versions of General Motors and FCA bumper covers.

The CAPA bulletins said the manufacturers had made “unauthorized changes, including, but not limited to alterations to the attachment method for the brackets that retains ADAS sensors.”

“These changes are not comparable to those utilized by the OEM and may not perform in a comparable manner, potentially impacting the functionality of the ADAS system, and which poses a potential safety-related issue,” CAPA continued.

A working email for Tran Hung could not be found. Hui Yih hadn’t yet replied to an email sent early Tuesday afternoon seeking comment.

“As a auto parts Manufacture, our aim is to provide replacements parts that meet CAPA standard and fit, perform, last and be every bit as safe as the originals,” a Y.C.C. representative wrote in an email.

The responsibility lies with the repairer who installed the part to contact the end customer should an aftermarket part they installed have issues, according to CAPA comments in 2016 and the CAPA Tracker website. CAPA encouraged shops to use the tracker.

Some insurers also discussed in 2016 how they handle recalled/decertified parts. Read that coverage here.

Collision repairers might have an easier time reporting such issues to CAPA on the front end with a new app announced Tuesday.

The software for Android and Apple phones allows repairers to scan the CAPA barcode and populate the software with relevant part information, according to a video posted to YouTube on Monday. Shop information can also be prepopulated following the first use of the app, CAPA’s video states.

“At CAPA, our goal has always been to ensure access to high-quality, fairly priced, alternative parts that provide the same functionality as an OEM part,” CAPA Chairman Clark Plucinski (Collision Repair Education Foundation) said in a statement. “By developing an app that allows the public to report concerns and provide feedback, we are helping to ensure the quality of CAPA-certified parts in a manner that is fast, easy and accessible.”