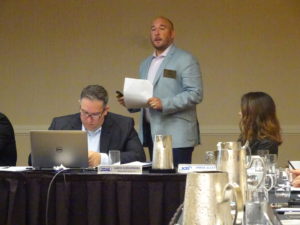 IABA is an established trade group, but it has gone without a paid executive director since the departure of longtime head Tony Passwater in 2017.

Tylka said IABA’s all-volunteer board consists of body shop owners and one vendor. It meets once a year in person and has quarterly board meetings, he said.

IABA’s five chapters are spread throughout Indiana, and Tylka said they each meet four times a year. He said he develops an agenda all can use.

“All our chapters are talking about the same thing,” he said.

Tylka said these topics tend to follow whatever SCRS is discussing, describing adopting the subject of the lastest SCRS video and playing excerpts from such videos at the meetings. He said IABA will also search for the topic on the SCRS website and use what it finds as content for the chapter meetings.

Each of those chapter meetings will have a guest speaker too, said Tylka, who gave the example of Car-O-Liner talking about test welds.

However, after presenting the topic, the meetings follow a roundtable format with open discussion among attendees, said Tylka.

Tylka attributed that format to helping grow membership 20 percent over the past two years. Even Illinois collision repairers are attending, drawn by the roundtable nature, according to Tylka. “They like that open discussion,” he said.

Dealerships and vendors attend the meetings, and IABA is starting to draw insurance adjusters too. Tylka called the latter “fantastic,” going on to describe an IABA vision for state-level gatherings along the lines of the Collision Industry Conference.

“We might not agree” but there’s “open conversation,” Tylka described it. 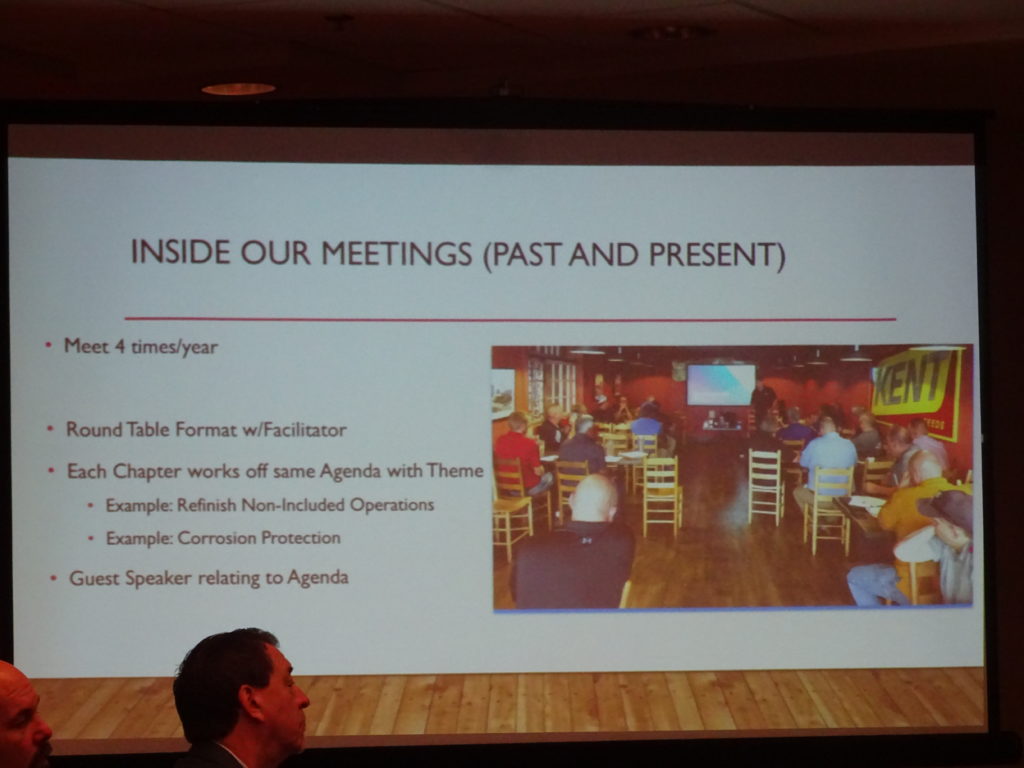 IABA wants to grow membership another 20 percent in the next two years, according to a slide from the presentation.

Tylka said IABA also has been bringing vo-tech teachers and students to the meetings. This appears to have been successful.

“I’m not saying its like a meat market,” Tylka joked.

He said that by expanding the meetings to others besides members, IABA has to find bigger venues. A 10-person meeting might now be a 50-person meeting.

Shops might feel like they don’t have a spot for a student, but the students were “perfectly happy” to start as a detailer to prove their worth, Tylka said. “That’s what we’re realizing,” he said.

IABA is trying to overcome that misperception by bringing the students to shops, and it can get the students into the industry “right away.”

IABA has shop memberships and offers three sponsorship levels to raise funds. Right now, it doesn’t have “really any overhead,” according to Tylka. He said IABA wants  to use some of the income to hire a lobbyist, though it still plans to keep overhead low.

“We realized the real world,” Tylka said of an unspecified unsuccessful legislation attempt (possibly a reference to 2018’s Senate Bill 164).

IABA might try to team up and use a lobbyist already representing an interest like dealer groups or tow trucks, though it was open to suggestions for other interview candidates, he said.

“We know we can’t do this alone,” Tylka said.

Tylka said policy goals for IABA include working with the Indiana Department of Insurance and having the agency develop definitions to put shops and insurers on the same page.

The trade group also wants to establish “minimals” required for the collision industry, Tylka said. Right now, “anybody can open up a shop,” he said.