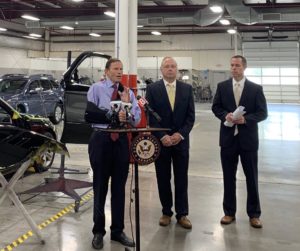 Collision repair industry representatives and a U.S. senator Monday called on the U.S. Justice Department to retain the 1963 Consent Decree between the government and insurance trade groups.

“There is a basic principle here. Your car, your choice,” U.S. Sen. Richard Blumenthal, D-Conn., said at a news conference. He said he would discuss the issue with his colleagues.

The DOJ this month proposed terminating the agreement as part of a 2018 initiative to eliminate some of the nearly 1,300 “legacy” antitrust judgments enacted without sunset dates. Starting in 1979, the government’s policy has been to include an automatic end date — usually 10 years — regarding antitrust judgments.

“Differences in parts & installation can pinch pocketbooks & imperil safety,” Blumenthal wrote on Twitter on Monday. “Consumers should not be coerced or directed to car repair shops that have sweetheart deals with the insurer. This proposed DOJ action would turn back the clock on automotive consumer protections.”

Collision repairers, insurers and other interested parties had a deadline of Sept. 2 to provide public comment on the government’s proposal. Comments should be directed to JudgmentTerminationComments@usdoj.gov and in the subject line include the case name (U.S. v. Association of Casualty and Surety Companies, et al) and docket number (63 Civ. 3106).

However, the DOJ on Wednesday said it would provide another 30 days beyond Sept. 2 for comment.

Blumenthal on Monday had called it “noteworthy” that the DOJ was taking comments in the “dog days” of summer, while people are busy or on vacation. This disadvantaged auto body trade groups, he said.

“Very bluntly,” Blumenthal said, the agency was doing the bidding of insurance carriers. It gave that industry back an edge over consumers, he said.

“The Antitrust Division will be providing an additional 30 day period for public comments given the Senator’s concern,” a DOJ spokesman said Wednesday when asked if the agency wished to respond to Blumenthal’s comments. 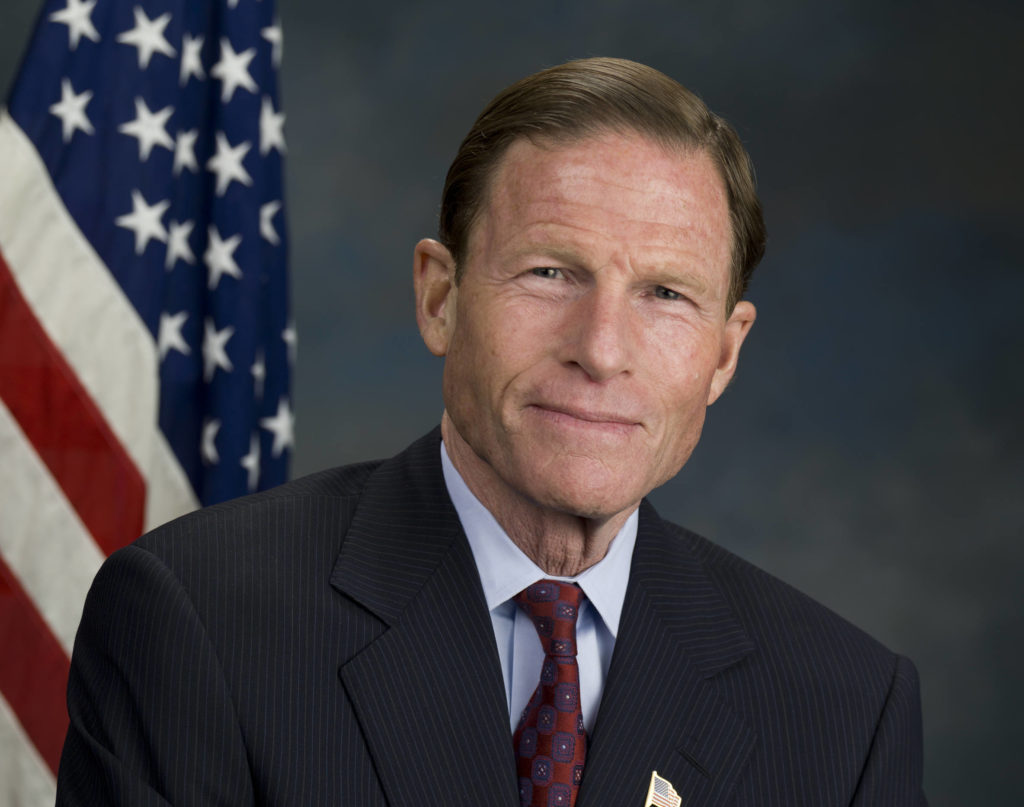 In 2018, the agency said it put each “legacy” judgment in the hands of an attorney, “who will examine court papers, internal case files, and publicly available information to determine whether each judgment continues to serve competition.”

The DOJ on March 26 said many of the sunsetless judgments “no longer serve the interests of competition.”

We also asked the DOJ about its specific rationale for proposing the consent decree for the chopping block; a response is expected Thursday.

Amendola said the 1963 Consent Decree hasn’t been enforced as well as it should be.

“That’s not even good enough that they’re ignoring the law; they want it repealed,” he said.

Differences in parts & installation can pinch pocketbooks & imperil safety. Consumers should not be coerced or directed to car repair shops that have sweetheart deals with the insurer. This proposed DOJ action would turn back the clock on automotive consumer protections. pic.twitter.com/E75OvBGKRM

The 1963 agreement held that there had been no “admission by any party with respect to any issue herein.” It was ”binding upon each defendant and upon its officers, directors, agents, servants, employees, committees, successors and assigns, and upon all other persons in active concert or participation with any defendant who shall have received actual notice of this Final Judgment by personal service or otherwise.”

According to an I-CAN copy of the 1963 complaint settled by the decree, insurers were alleged to have since about 1947 “engaged in a combination and conspiracy in unreasonable restraint of the aforesaid trade and commerce in the adjustment and settlement of automobile property insurance claims, the automobile material damage appraisal business and the automobile damage repair business, in violation of Sections 1 and 3 of the Sherman Act.  Defendants are continuing and will continue said offenses unless the relief herein prayed for is granted.”

The aforesaid combination and conspiracy has consisted of a continuing agreement and concert of action among the defendants and co-conspirators to eliminate competition among member companies in the adjustment and settlement of automobile property insurance claims, among appraisers and among repair shops, in order to control and depress automobile material damage repair costs through boycott, coercion and intimidation of repair shops.

The three trade groups under the decree were ordered to end the “Independent Appraisal Plan, sometimes known as the Automotive Damage Appraisal Plan.”

“This is an issue that touches every auto body repair shop across the entire country,” said Parese, who said he spoke Monday on behalf of the Society of Collision Repair Specialists and ABAC.

Parese on Monday said he represented ABAC and licensed repairer facilities nationwide in saying, “We unanimously want to save this consent decree. We do not want it vacated.”

Parese said repairers in 48 out of 50 states have joined ABAC in attempting to get the law enforced — not eliminated.

“There is no basis for vacating this law right now,” he said.

He called the consent decree “a guiding light” to hold that efforts to suppress market conditions or allow insurers to dictate repairs should be prohibited, not encouraged. It isn’t necessarily a “direct statute, for example,” but it was a “guiding principle” for class-action lawsuits and legislative efforts.

He called it an “important beacon, if you will.”

Anticompetitive practices from 1963 occur today, Parese said. “We need to enforce that law, not vacate it,” he said.

Parese said that at the end of the day, they wanted insurers underwriting risks and shops “left to fix vehicles.” Insurer involvement in the repair process meant “everyone suffers” except for carriers that “reap undue profits.”

Technology and systems within vehicles means “you cannot fix cars on the cheap,” he said.

Be heard: Comment on the proposal at JudgmentTerminationComments@usdoj.gov with a subject line including the case name (U.S. v. Association of Casualty and Surety Companies, et al) and docket number (63 Civ. 3106).