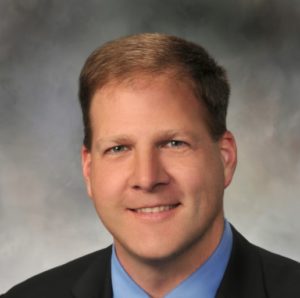 Representatives approved House Bill 664 on March 19 in a 202-105 vote. A retooled version cleared the Senate with merely a voice vote June 6 and was adopted in a House voice vote later that month.

“No insurance company, agent, or adjuster shall knowingly fail to pay a claim to the claimant or repairer to the extent the claimant’s vehicle is repaired in conformance with applicable manufacturer’s procedures,” the bill states. “Notwithstanding any statements or recommendations contained in the manufacturer’s procedures relative to the use of parts, governance of the use of any and all parts, in the course of an insurer-funded repair shall be solely dictated by RSA 407-D:3-a and not by a manufacturer’s recommendations or procedures.”

The bill also forces insurers to “reimburse the repairer based on any third-party guidelines generally accepted by automobile repair shops and insurers, and used by the repairer.”

“New Hampshire citizens enjoy among the lowest auto insurance premium costs in the country,” Sununu wrote in his Thursday veto message. Current law ensures safe repairs while maintaining a competitive market. This bill would increase the cost of auto insurance premiums by limiting the ability of insurers to negotiate what is reasonable in the repair process.”

We asked Sununu’s press office why insurers should have the ability to override the repair instructions developed by the manufacturer of the product being repaired. We will update the story if we receive a response.

“The people who built the car know how to best fix the car,” New Hampshire Automobile Dealers Association President Pete McNamara told the New Hampshire Union-Leader in a Monday article. “This veto means the safety of 1.3 million local car owners in New Hampshire is decided by faceless accountants far outside the Granite State. I want to thank the bipartisan group of House Reps and Senators that stood up for their neighbors and passed HB 664.”

The bill also requires auto body shops and glass companies to calibrate an advanced driver assistance system or tell the customer to seek the procedure at a qualified facility — though it also can be construed to require the repairers to perform the calibration.

It’s possible the latter inspired Sununu’s declaration that he was looking out for small shops’ interests by vetoing HB 664.

“The requirements outlined in this bill would introduce a significant disadvantage for smaller independent repair shops and could limit their ability to compete,” Sununu wrote. “This limits consumer choice and raises insurance rates without the corresponding increase in safety for our citizens.”

Otherwise, his position is confusing. It’s typically been independent repairers, not the large nationwide chains, who’ve promoted such repair procedure legislation nationwide. The guarantees of payment when following liability-limiting OEM procedures and while using the shop’s preferred paint and materials calculation method would also seem beneficial to a smaller shop.

“Stakeholders and lawmakers from both sides of the aisle worked hard to address concerns over unfair collision repair reimbursements to improve current practices and protect public safety. Unfortunately, Governor Sununu put the interests of big insurance companies over Granite Staters,” state Sen. Kevin Cavanaugh, D-Manchester, told the Union-Leader. “It’s a slap in the face to the hundreds of small business owners who have been asking for this relief.”

We’ve also asked Sununu to clarify his comments on small shops and will update if we receive a response.

“The veto of this bill is a disappointment to the automotive repair industry and the motoring public,” Automotive Service Association lobbyist Robert Redding Jr. said in a statement Monday. “Collision repairers support the use of OEM repair procedure and this issue is not likely to go away any time soon.”

The New Hampshire General Court can override Sununu’s veto with a two-thirds vote in each chamber. Lawmakers will take up all vetoed legislation in September, the House Clerk’s Office confirmed Wednesday.

“The New Hampshire Insurance Department knows that the intentions behind this bill were good,” Insurance Commissioner John Elias, a Sununu appointee, said in a statement Monday. “All of the parties worked very hard to come to an agreement. The Department feels that the same parties, with sufficient time in the future, will be able to work together to ensure that the bill can be designed to fulfill the important interest of industry and consumers in a way that is consistent with the original intent of the sponsors.”