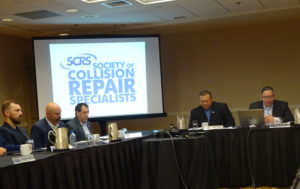 The Society of Collision Repair Specialists and Auto Body Association of Connecticut have developed public comments asking the Department of Justice to maintain the 1963 auto insurance Consent Decree.

Another auto body repair trade group, the Alliance of Automotive Service Providers of New Jersey, on Monday announced having established a Change.org petition to solicit support for the decades-old antitrust settlement between the government and auto insurance organizations.

Texas Watch, which began advocating for safe collision repairs following the 2017 John Eagle Collision decision, also has urged public comment in favor of the Consent Decree. The organization created its own online template to facilitate this.

The DOJ this month proposed terminating the 1963 Southern District of New York deal as part of a 2018 initiative to eliminate some of the nearly 1,300 “legacy” antitrust judgments enacted without sunset dates. Starting in 1979, the government’s policy has been to include an automatic end date — usually 10 years — regarding antitrust judgments.

Collision repairers, insurers and other interested parties initially had a deadline of Sept. 2 to provide public comment on the government’s proposal. Comments should be directed to JudgmentTerminationComments@usdoj.gov and in the subject line include the case name (U.S. v. Association of Casualty and Surety Companies, et al) and docket number (63 Civ. 3106).

Under the terms of the consent degree settlement, no wrongdoing was acknowledged by the signatory insurance trade groups nor alleged by the DOJ.

SCRS and ABAC in public comments dated Tuesday and Friday, respectively, said the alleged insurance industry practices targeted by the Consent Decree continued to occur today. They noted having made a similar point to the Department of Justice 10 years ago.

“While decades may have passed, the terms of the 1963 Consent Decree are as applicable to the modern marketplace as ever,” SCRS Executive Director Aaron Schulenburg and Chairman Brett Bailey (A&B) wrote to the DOJ. “It is referenced routinely in court cases and articles and serves as an integral guiding light within the industry to help define and shape the boundaries of acceptable behavior.

“In 2009, SCRS joined the Auto Body Association of Connecticut and other state affiliate associations from Massachusetts, Michigan, New Jersey, New York, Pennsylvania, and Wisconsin in a meeting with senior attorneys within the Department of Justice. We have attached the introductory document of our meeting for reference. Our request 10 years ago was that the Department of Justice understand how market manipulation, price discrimination and practices that mirror many of those outlined in the 1963 Consent Decree had a severely negative impact on consumer safety and competition.

“We also requested that the Department of Justice act to further enforce the virtues of the Decree in the modern marketplace. It is the plea of thousands of small and large businesses across America that this Administration not let our history go by the wayside. Those same practices and patterns prohibited in 1963, and documented for the Department of Justice in 2009, continue to exist today in 2019; perhaps now more than ever.”

“Today, these protections are needed more than ever, particularly in light of advances in automotive technologies and every expanding insurer practices of demanding unsafe repairs,” ABAC wrote Friday. “Vacating the 1963 Consent Decree would have a devastating effect on small business owners, consumer rights and the safety of vehicle repairs. The anticompetitive practices addressed in the Decree are still occurring today. Indeed, the violations are so widespread that in 2009, the Auto Body Association of Connecticut, together with representatives from 48 of the 50 states (i.e. every known state auto body association in the country) petitioned the DOJ for enforcement of the law. Less than ten years ago, every known auto body association in the country, thousands of small business owners, united in purpose to petition for enforcement of this law. Thus, what is needed most is not to vacate the Decree, but to enforce it.” (Emphasis ABAC’s.) 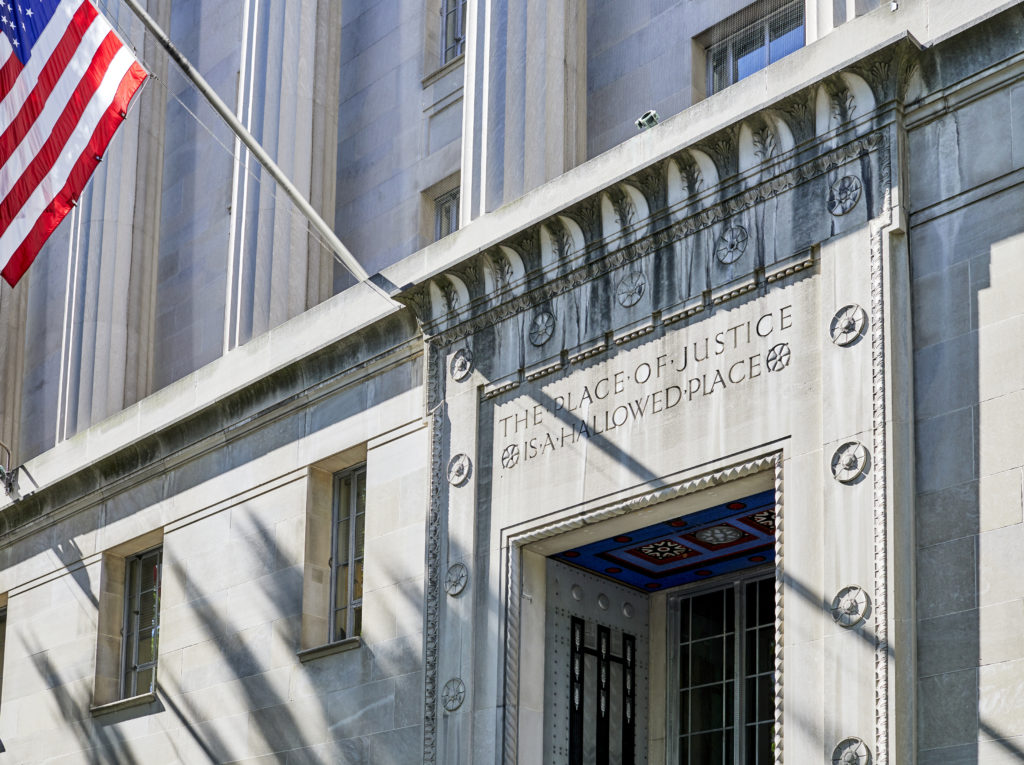 The DOJ on March 26 had said many of the 1,300-odd sunsetless judgments “no longer serve the interests of competition.”

Given the 2009 DOJ-industry discussion of the consent decree alone, it’s hard to see how the agency’s attorney tasked with the duty to “examine court papers, internal case files, and publicly available information to determine whether each judgment continues to serve competition” reached the conclusion to kill the decree.

The termination proposal also seems to ignore the document’s applicability to successor insurance trade group APCIA and appearance in the federal repairer-insurer litigation decided this year by the Eleventh Circuit.

“We certainly support the Department’s efforts to ‘free American businesses, taxpayers, and consumers from the burden of judgments that no longer protect competition,'” ABAC wrote. “But, unlike many of the judgments being considered, the 1963 Consent Decree is not ‘outdated’, nor does it ‘elicit anticompetitive market conditions.’ To the contrary, the Decree is as relevant today as it was when it was enacted. It remains a critical protective measure against some of the most egregious anticompetitive practices in the auto repair market. Efforts to control and manipulate the auto body industry, distort fair competition, and promote unsafe repairs are arguably worse today than they were in 1963. These practices have given rise to a host of lawsuits and legislative reforms across the country, many of which cite to the 1963 Consent Decree.” (Emphasis ABAC’s.)

“The 1963 Consent Decree is a critical document that adds teeth to the collision industry’s side when it deals with insurers,” AASP/NJ President Jerry McNee (Ultimate Collision Repair) said in a statement Monday. “The Department of Justice should be endorsing and promoting it on behalf of consumers – not considering erasing it from history. AASP/NJ stands behind the Consent Decree and all efforts to keep it in place.”

McNee’s shop cited the consent decree in his facility’s 2014 lawsuit against numerous national insurers. It was among the cases appealed to the Eleventh Circuit, which ultimately ruled against the shops’ antitrust and boycott claims.

“Although the Consent Decree has never been fully enforced, it has been extremely useful in numerous lawsuits to support the fact that the practices referenced above are in fact illegal,” the AASP-NJ wrote in a news release Monday. The Consent Decree essentially states that three insurance trade associations and their members (more than 250 at the time) agreed to forever refrain from several practices, including setting prices and steering. The termination or elimination of the Consent Decree could have a devastating effect on the collision industry.

ABAC and SCRS representative John Parese, an attorney with Buckley Wynn & Parese, called the consent decree “a guiding light” on Monday during a news conference featuring U.S. Sen. Richard Blumenthal, D-Conn. It isn’t necessarily a “direct statute, for example,” but it was a “guiding principle” for class-action lawsuits and legislative efforts,” Parese said.

Differences in parts & installation can pinch pocketbooks & imperil safety. Consumers should not be coerced or directed to car repair shops that have sweetheart deals with the insurer. This proposed DOJ action would turn back the clock on automotive consumer protections. pic.twitter.com/E75OvBGKRM

“We ask today that this Department of Justice remain vigilant in protecting consumers from unfair and unjust practices that diminish competition, stifle innovation and make safety a vulnerability,” Bailey and Schulenburg wrote Tuesday. “Maintain the judgement in the U.S. v. Association of Casualty and Surety Companies, et al to serve as a frequent point of reference and a guiding moment from our history, of what we should strive to achieve.

“Further, we ask your department to embrace the sentiments within the document, and enforce against the ongoing, yet prohibited, practices that cause harm to consumers and small business across America.”

Texas Watch said the document’s repeal “would be a giveaway to big insurance companies, further strengthening their power over us. We must tell the federal government to preserve the consent decree and to stand up for families, not bow down to insurers.”

Be heard: Collision repairers, insurers and other interested parties had a deadline of Sept. 2 to provide public comment on the government’s proposal. However, the DOJ on Wednesday said it would permit another 30 days of public comments. Comments should be directed to JudgmentTerminationComments@usdoj.gov and in the subject line include the case name (U.S. v. Association of Casualty and Surety Companies, et al) and docket number (63 Civ. 3106).