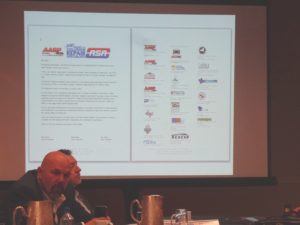 The overwhelming support at the local level further demonstrates to lawmakers, regulators, insurers and consumers that the collision “industry standard” is to follow the repair instructions provided by the company that built the car in the first place. It’s particularly relevant given the numerous bills demanding insurers reimburse OEM repair procedures or otherwise mentioning the subject this legislative session.

Ironically, New Hampshire’s governor last week vetoed such a bill, arguing that he was helping the kind of small independent repairers who comprise the membership of such trade groups: “The requirements outlined in this bill would introduce a significant disadvantage for smaller independent repair shops and could limit their ability to compete.”

The Society of Collision Repair Specialists, Alliance of Automotive Service Providers, Automotive Service Association and Assured Performance in 2011 joined together to state that “we hereby recognize published repair procedures, as provided by the Automobile Original Equipment Manufacturers (OEM), as the official industry recognized repair standards for collision repair.” Their efforts on this subject prompted I-CAR in 2013 to confirm it held the same position.

The document dated Tuesday said the 2011 “statement remains as true today, as it was in 2011.” It’s signed by the original three national trade groups and 22 local affiliates from nearly as many states.

“It is the position of all undersigned organizations that if a vehicle manufacturer documents a repair procedure as required, recommended or otherwise necessary as a result of damage or repair, that those published procedures would be the standard of repair,” the new position states. “Disregarding a documented procedure that is made available to the industry creates undue and avoidable exposure to the consumer’s safety and liability to the repair facility performing the repair.

“As such, we support efforts that aim to ensure consumers are properly indemnified for repair operations and procedures in accordance with documented technical procedures to repair the vehicle as issued by the original vehicle manufacturer.

“Consumers deserve support from the industry, and their elected officials, to ensure they can expect a complete and safe repair performed in accordance with manufacturer specifications.” 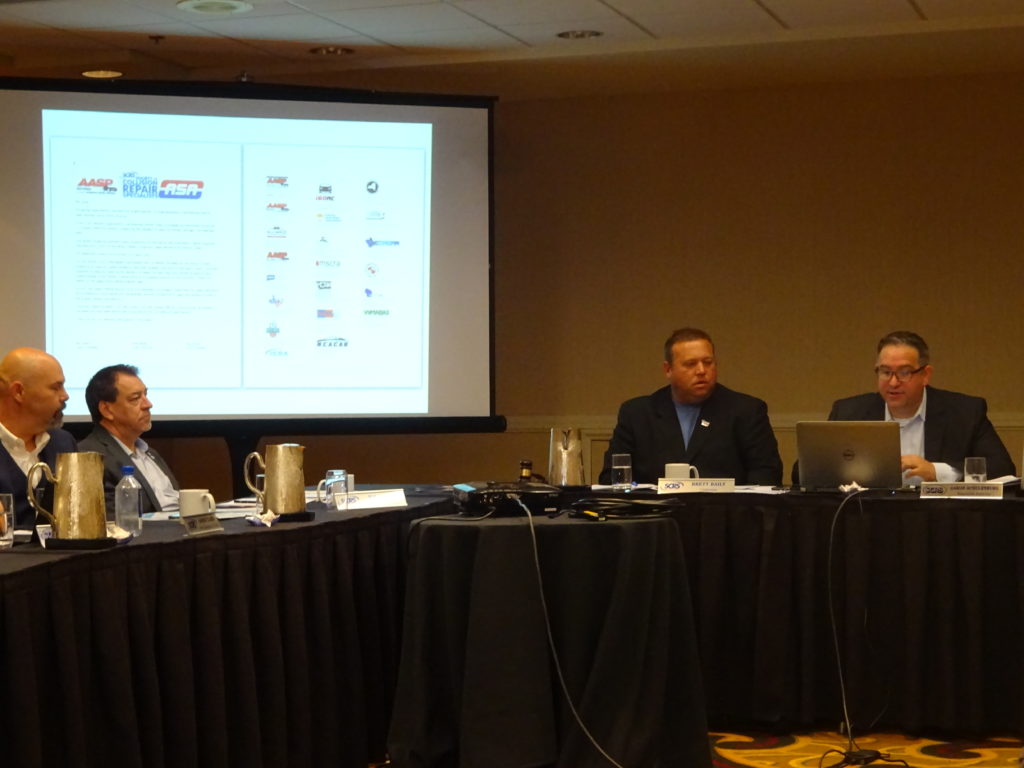 SCRS Executive Director Aaron Schulenburg told a July 24 open board meeting that SCRS, ASA and the AASP provided a joint letter of support for Minnesota legislation (possibly a reference to House File 2234). The three groups decided that letter’s sentiments weren’t Minnesota-specific and decided to document support for the viewpoint from other organizations in other states, he said.

That way, if legislation arose or a repairer felt challenged, a kind of “reference document” existed to demonstrate, “‘I’m not the only one; I have an entire industry that stands behind me and believes that this is the case,'” Schulenburg said.

Schulenberg at the time of the July 24 meeting said the document was endorsed by about 20 groups, noting that other associations had asked SCRS to delay releasing it until they could sign it. Any other organizations who would like to sign/endorse the document should contact Schulenburg at aaron@scrs.com.

The statement shows the industry is more united than some might think, and debate on the issue of OEM procedures might only exist outside of the sector, according to Schulenburg. Many people are backing the view “there’s a right way to fix these cars,” he said.

South Carolina Association of Collision and Autobody Repair Executive Director Josh Kent (Elite Sales & Marketing Group) at the meeting called having a group of peers to align with “a big deal.”

Asked if working with other state associations on such issues was a reason for becoming an SCRS affiliate, Kansas Auto Body Association member Tony Adams (Weaver’s Auto Center) said it takes it from “couple of cowboys” sitting at a bar complaining. It shows a common industry thread; “‘I’m not the only one.'”

Iowa Collision Repair Association Executive Director Janet Chaney (CaveCreek Business Development), who has worked with multiple local groups, said she has always looked forward to associations collaborating and finding commonality. She said that based on her experience with legislatures, states do pay attention to activity in other states. If a lobbyist or collision organization can tell lawmakers, “‘look what they’re doing here,'” it brings a “different thought,” she said.

See the national and state affiliate position on OEM procedures at www.scrs.com/oem-procedure-position.

Society of Collision Repair Specialists Executive Director Aaron Schulenburg, right, speaks on July 24, 2019, during an open board meeting. At left is a version of the national and state collision repair trade group position on OEM procedures. (John Huetter/Repairer Driven News)