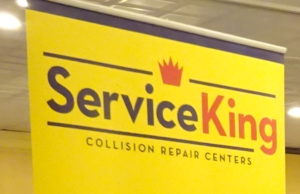 California district attorneys’ investigation of Service King’s trash since 2016 has led to a $2.35 million settlement against the MSO, the Alameda County DA announced Friday.

The settlement, which follows similar deals with the former Cooks Collision ($1.525 million, done prior to the company’s sale to ABRA) and AutoNation ($3.38 million), should be a cautionary tale to any collision or mechanical repairer, particularly those in California. Authorities went after all three companies for alleged violations body shops might not even realize they’re committing.

All three settlements contained stipulations that the companies were not admitting to any of the allegations.

Service King has 42 auto body shops in California, and district attorneys in the 11 counties housing those facilities brought the case together.

“Environmental responsibility and stewardship are critical priorities for our company,” Service King said in a statement. “As soon as we became aware of this issue, we cooperated fully with these agencies, and made significant additional investments in training and compliance at our local collision repair centers to help ensure we have a best-in-class environmental program in place.”

“Service King cooperated with the District Attorneys’ investigation and took steps to improve its compliance with the environmental and consumer protection laws brought to its attention by the prosecutors,” the Alameda County District Attorney’s Office agreed in a news release.

Under the settlement, Service King will pay $1.35 million in civil penalties and must buy $500,000 worth of equipment “designed to limit the release of hazardous auto body wastes into the environment, and recycle solvents and wastewater produced during the automotive painting process.” It also must pay $350,000 in investigation costs and $150,000 “towards supplemental environmental projects.”

The company also must hire a full-time employee in California to handle compliance and training. 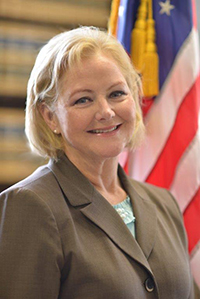 “The auto body repair industry generates many harmful waste streams and today’s settlement serves to provide a cleaner environment for California by preventing the contamination of our precious natural resources when hazardous waste is mismanaged and unlawfully disposed,” District Attorney Nancy O’Malley said in a statement. “We are proud to work with our district attorney partners and environmental regulators statewide to enforce California’s environmental laws to ensure these hazardous wastes are handled properly.”

Both the Cooks Collision and AutoNation settlements described a similar trash-checking operation and the companies having to pay the costs of the investigation.

“We’re not just picking on the big operators,” said Porter, whose responsibilities include his DA’s Environmental Protection Unit and who was involved in the Service King investigation.

If his agency suspected a mom-and-pop company was illegally disposing of hazardous waste, “we would investigate that.” Porter said Monday they’ve “absolutely” done so in the past.

He said one source of tips might be a disgruntled former employee.

As for the larger companies, if authorities suspect one location is throwing hazardous material into a dumpster, “odds are” the others are. Porter said it’s “pretty consistent across the board” that what is found at one site will be found elsewhere.

Larger companies tend to have a program to address hazardous waste, they just need to do more, he said.

A business might also have what appears to be a good plan on paper, but employees at the ground level might face time pressure to do it wrong, or not be trained sufficiently, according to Porter.

Porter said the district attorney doesn’t necessarily always recover its costs, and what’s recovered is negotiable. He said investigator time might be more likely than attorney time, but “we’re here either way” — the agency’s investigations aren’t dependent on its ability to recoup coups a la a contingency attorney.

The investigators must go through garbage in hazmat suits, and “it’s a nasty job” which also requires a lot of training, Porter said. He said the trash will be inspected enough times to demonstrate the behavior is a pattern.

Shops who wish to ensure compliance and stave off a settlement have “plenty of resources” to find out what they need to do, according to Porter. He mentioned the state Environmental Protection Agency’s Department of Toxic Substances Control, which offers assistance for generators on its website. (The site also has an auto repair facility section, but it’s an archived webpage and the agency warns it might not reflect today’s regulations.)

A shop could contact their CUPA with questions about best practices; it’s not as though “they’re on Mars,” Porter said. 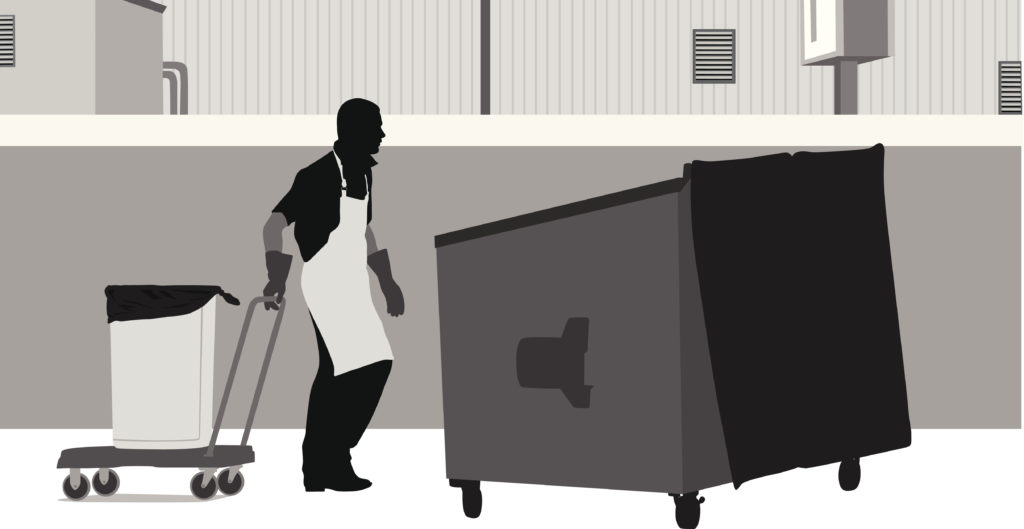 In a nutshell, there’s not much a shop can place in the trash — an industrial business like a collision repairer doesn’t have nearly the kind of leeway a home does, and its trash isn’t sorted either.

Barber attended a DTSC class, and found what Cooks thought it knew was wrong. He said Cooks staff had been used to throwing everything in a single trash can, and so the business had to roll out a training plan to teach everyone the proper, compliant SOP.

“It was a very big project to undertake,” he said at the time.

Wood said his company has 750 employees, and it had to retrain everyone “it no longer can go there” in a trash can. It turns out “there’s very little” that can go into the trash, Barber said.

Barber at the time encouraged shops to sign up for a universal hazardous waste program immediately, which allow some wastes to be comingled and remain for up to a year on-site.

The automotive industry is a juicy target, according to Blake, and regulators often will be particularly critical of larger violators within it, both for concerns of unfair competition and because of the mindset, “‘You can afford to take care of your waste.’”

Some items a shop might discard were considered hazardous waste violations at a state-specific level only, while others were on the national federal radar, according to KPA’s 2016 presentation. Shops must check both their own state and federal jurisdictions to ensure compliance.

California authorities might investigate your trash to see if your body shop is improperly throwing out hazardous material there. (A-Digit/iStock)