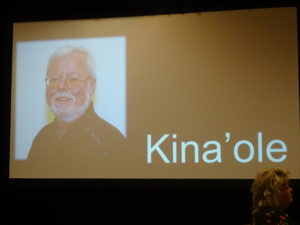 Norris, executive director of Collision Information and Industry Assistance and of the Hamilton District Autobody Repair Association, died suddenly May 28 at age 66.. He was returning from the Automotive Technology Summit at Skills Canada, according to Automotive Service World.

SCRS Chairman Brett Bailey (A&B) in announcing Norris as the 2019 Kina’ole honoree said all SCRS board members shared the sentiment of “‘Damn. We missed the opportunity to do this while he was still here.'”

“March was kina’ole,” Bailey (A&B) said Tuesday in explaining the award named after Taylor, the late owner of Auto Body Hawaii, a Hall of Eagles member and a former SCRS board member. Taylor died in 2007, and his legacy was his “spirit.”

Bailey described himself as not as close to Taylor as other SCRS leaders were, but “I could always feel his impact.”

Norris was “another great friend,” Bailey said. Norris was gentle and eloquent, but “he was a soldier for this industry,” consumers and “what was right,” he said.

Bailey said you always knew Norris had the best interest of the industry in mind, and “all of Canada” should be proud of the work Norris had done.

Western Canada Automotive Business Association CEO Dale Finch accepted the award on behalf of Norris’ family, who could not be present. Norris was survived by his wife, Annette; children Teresa, Richard and Jeffrey; and a brother, Robert.

Finch said he and Norris worked together from 2005 until Norris’ death. 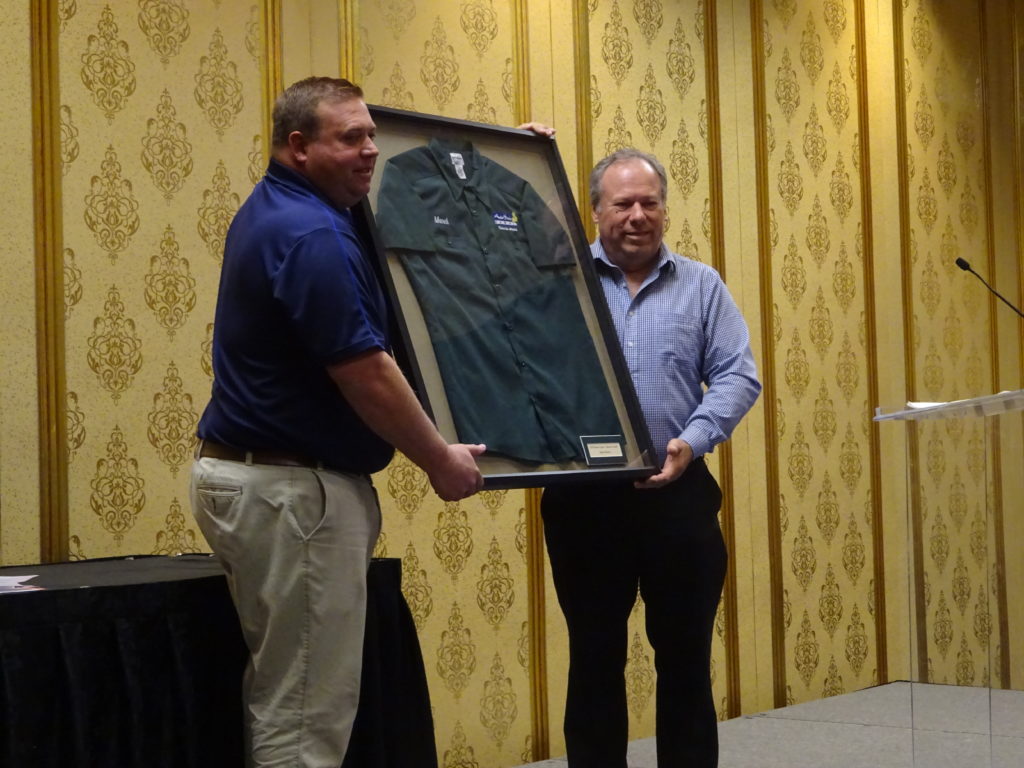 “John was always the consummate professional,” Finch said. He also described Norris as humble, with a dry sense of humor, and “fearless.”

Finch recalled being present at a Toronto meeting Norris also attended and asking an assistant, “‘Who is that guy? He makes a lot of sense.'” The assistant replied, “‘I knew you guys would like each other.'”

Norris always worked for the “purity” of the association and collision industry, according to Finch.

Finch said Norris’ HARA was delegated authority by Ontario on many projects, describing the province as thinking so highly of Norris it let him tell them what was right.

Norris’ true passion was apprenticeship, and he worked tirelessly with colleges, trade schools and the collision industry to add new blood to the trade, according to Finch. 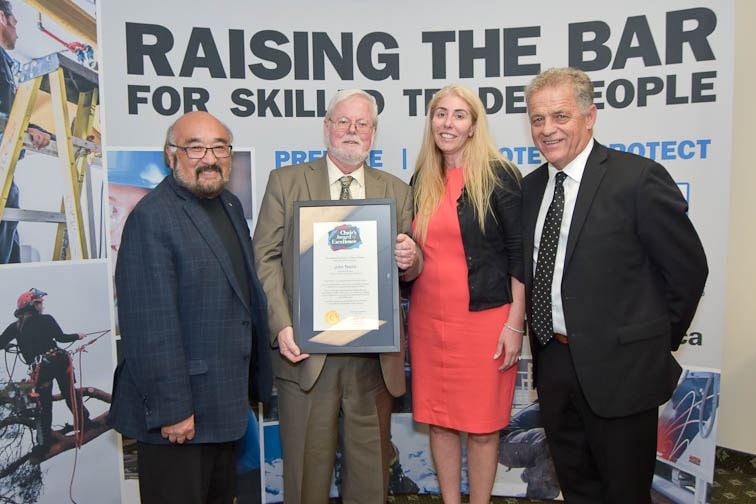 He said Norris also was dedicated to I-CAR Canada and had run the vehicle security professional program for CASIS — Canada’s version of the “Right to Repair” agreement.

Finch called the Kina’ole Award a special recognition for Norris.

“He lived it,” Finch said. “He breathed it from the moment he woke up.”

Finch said Norris’ family didn’t always understand him, but “they’ll be very, very proud of him.”

“Patrick has also built a national reputation as an expert on the intersection of insurance and automotive laws,” McGuire’s “of counsel” bio with Clausen Miller states. “He regularly assists clients with the design and implementation of compliance programs and provides strategic advice as to the practical impact of existing or proposed regulations or legislation to entities ranging from small businesses to trade associations to Fortune 50 companies. As a legislative consultant and subject-matter expert, he has helped clients develop lobbying strategies, drafted proposed bills and amendments, and has testified before numerous state legislatures and the National Conference of Insurance Legislators (NCOIL).

Automotive Industry Consulting President and former SCRS Chairman Lou DiLisio in presenting the award noted that McGuire’s articles like “Keep this Job” and “Every Claim is Not the Same” are still being referenced today. He said McGuire has helped auto body shops with issues like labor rates and steering but also modern questions like data ownership and privacy.

“I adore this industry,” McGuire said. 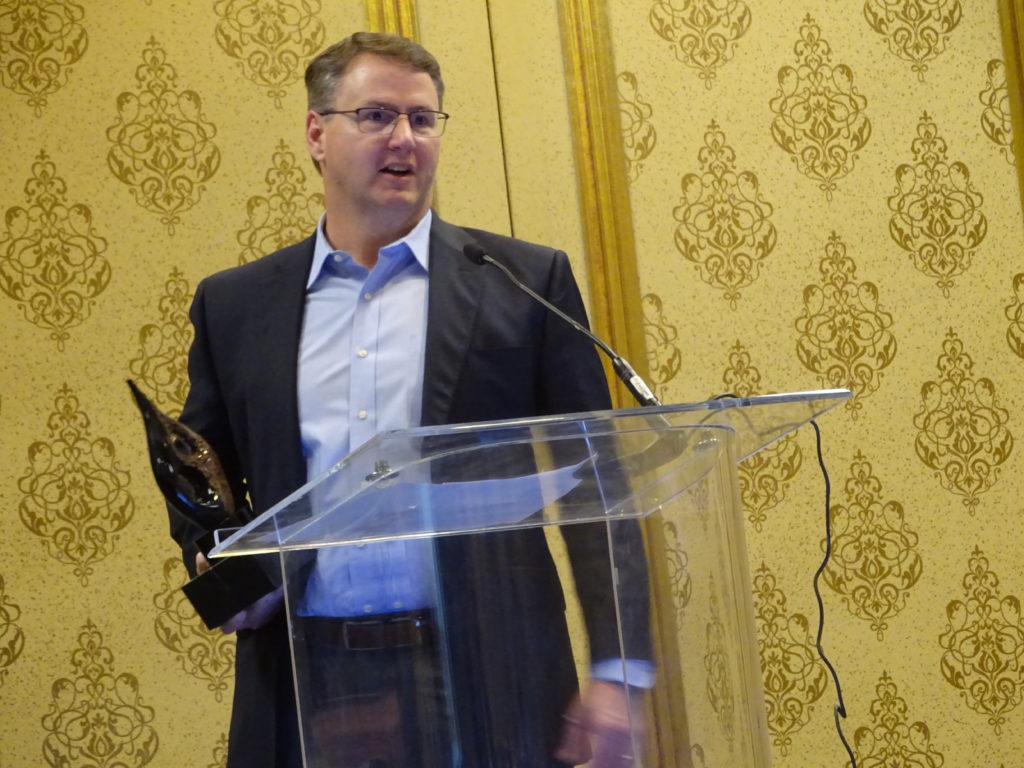 He said he was motivated by seeing the industry’s activity over the past 50 years fighting against bigger interests and “to do right” and properly repair vehicles.

“It’s a really good time in the industry; a lot of things are coming together,” McGuire said.