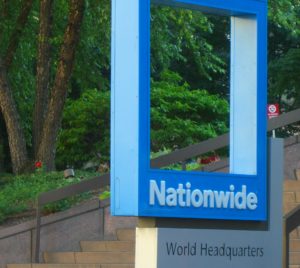 An attorney for Nationwide told the Pennsylvania Supreme Court last month that the insurer didn’t count as a surety responsible for the quality of its repair shops’ work.

The Nov. 21 comments by Derecht lawyer Robert Heim during oral argument for Berg v. Nationwide provide consumers — and DRP shops — a view into how a carrier might view a DRP relationship.

(Special thanks to PCNTV, whose video coverage of the oral arguments identified speakers and allowed us to capture what was said at the proceedings.)

Heim said Nov. 21 the record showed that plaintiff Daniel Berg selected the Blue Ribbon shop, Lindgren Chrysler-Plymouth, based on prior work it had performed.

Four months later, the Jeep Grand Cherokee work was finished, with some of the frame work outsourced to a third party. The vehicle was unsafe, but Nationwide either didn’t inspect it as it should have or did inspect it and didn’t tell the Bergs, Sprecher concluded in 2014.

Berg sued Lindgren and received a judgment for poor repairs, Heim told the Supreme Court Nov. 21, “which is the way this should have worked. Nationwide’s duty, under its policy, was to pay.”

Pennsylvania Supreme Court Justice David Wecht said an “interesting” legal issue involved whether there was a “guarantee” and/or “heightened duty” in a DRP network.

Presumably in developing such a network, Nationwide procedures exist to “inspect these shops and maintain certain standards,” Wecht said.

Heim said there was a “heightened guarantee” over what support the consumer would receive should they pick a non-network body shop.

If the non-Blue Ribbon body shop erred, the customer’s recourse would be to take action against the shop, Heim said. But using a DRP shop offered a “heightened guarantee” in which Nationwide would stand behind such a consumer until that repair was done, he said.

Asked by Justice Max Baer if Nationwide agreed that it was the “surety” of its Blue Ribbon direct repair shops, Heim said “no.”

How could the carrier offer a guarantee the work would be appropriate but not be the “guarantor of the work,” Baer asked.

The insurer offered a guarantee that if their DRP shop’s work was wrong, “they will continue to pay for it until it is done correctly,” Heim said. “That’s really what it is, judge.”

Plaintiff’s attorney Kenneth Behrend of Behrend & Ernsberger also addressed Nationwide’s duty regarding repair quality. However, he largely seemed to tie that responsibility to the insurer’s election to repair the Jeep rather than Lindgren being a DRP shop.