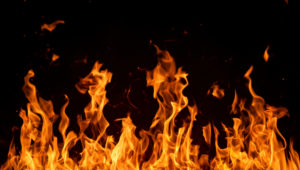 A recent Coordinating Committee for Automotive Repair webinar explained both danger and precautions associated with what is likely to be an increasingly electrified fleet.

OEMs are committing to sell more models with at least some electrification as the decade progresses. This might range from merely a hybrid powertrain like a Prius, a plug-in hybrid like a Volt, or a fully battery-electric car like a Model 3. All three categories of powertrain can pose a threat of shock or fire, according to CCAR safety content author Bob McGinn. Volvo, for example, has pledged every one of its next-gen models will be at a minimum a hybrid.

McGinn said the Feb. 5 webinar’s content would “pretty much” apply to any electrified vehicle, be it a 20-year-old Prius to a modern Tesla. However, he said an older Prius probably used a nickel-metal hydride battery, which doesn’t pose the risk of fire he described for a lithium-ion battery.

Here’s a little extra context: The current-generation Prius began with the 2016 model year and featured lithium-ion batteries in most versions, which Toyota called a change from the prior-gen’s Ni-MH and “smaller, lighter.” The OEM introduced an electric all-wheel drive model for the 2019 model year which used Ni-MH “since nickel batteries are inherently resilient to extreme temperature change,” Toyota wrote in 2018. All the front-wheel drive 2019 Priuses were lithium-ion, Toyota said.

So even if you’ve been fixing hybrids for 20 years, don’t assume there’s nothing to learn about modern electrified powertrains. You might have merely gotten lucky or worked with a different battery chemistry than OEMs are using today. Which means OEM procedures and education like CCAR’s webinar are vital.

A presentation slide described the webinar as related to hybrid and battery-electric vehicles “that may have been compromised,” not those under “normal handling or diagnostics.” A collision repair fell into the former category, as did students handling the vehicle, salvage yard operations and repairs to the electric drive, according to the presentation.

“Extraordinary events” like a crash or penetration of the battery containment, a fire or a flood could lead to “extremely dangerous” events, McGinn said. He said such events could also be “not necessarily collision,” such as the chassis being grounded by striking a pothole or a loss of battery cooling.

Electrified vehicles typically initiate a protection strategy automatically in a crash, but an inability to remove stored energy still creates “two major hazards” for first responders and auto technicians, according to McGinn.

The first is electric shock, which can happen due to a breach of the battery’s protective case, according to McGinn. He said technicians should approach a hybrid with the mindset the battery poses an “imminent danger” of shock. It should be presumed unstable until inspection ‘in a detailed fashion” deems otherwise.

Both Ni-MH and lithium-batteries can produce shocks of up to 800 volts or more, McGinn said. Contact with anything protruding from the battery also “has to be avoided,” he said.

Repairers can prevent being shocked by using the one-hand and live-dead-live rules mentioned above, according to McGinn.

The one-hand rule means that the user only manipulates a high-voltage device with a single hand, McGinn explained. Only a single hand should be touching a lead, the vehicle or the ground at any time, he said. This prevents you from making a contact circuit and sending electricity through your body if isolation is lost, he said.

The live-dead-live rule involves confirming that a hybrid or electric vehicle battery ostensibly powered down to 0 volts is truly dead. “We need to know that zero actually means zero,” McGinn said.

Touch the meter leads to an alternate source like a 12-volt battery or other item with the appropriate test spec to see if the meter reads 12 volts, McGinn said. If it does, then immediately test the high-voltage power source that’s supposed to be at 0 volts. If it reads 0 volts, test the 12-volt battery again to make sure the meter is still working correctly, he said.

Meters should be tested and used in the same range for live-dead-live and system voltage absence tests, McGinn said.

Repairers will also need personal protective equipment. This should include voltage-appropriate rubber gloves covered by a pair of approved leather gloves (which will minimize damage to the rubber ones) and boots of sufficient electrical protection, according to the presentation. A presentation slide suggested an institution might require a face shield able to provide both NFPA 70E arc Class 2 and ANSI Z87 impact protection. McGinn said work goggles alone weren’t sufficient.

McGinn also suggested storing anything able to activate the vehicle (key fobs or keys, fuses, service plugs, etc.) in a box secured with two separate locks. Each lock requires a distinct key, and the two keys are held by two separate parties. (For example, a teacher and a student or an owner and technician.) The materials are only removed when everyone agrees the vehicle is ready for them.

Lithium-ion batteries also pose a risk of fire. He said repairers should watch out for popping, hissing, leaking, dripping, smoke or sparks coming from the battery.

If there’s damage to the battery case but no “thermal event” (fire) yet, a shop should still take precautions like isolating the vehicle outside, 50 feet away from flammables or combustibles, according to McGinn.

The repairer would use a noncontact infrared or thermal imaging to determine if the battery is trending hotter or cooler, McGinn said. If it’s cooling or stable at ambient temperatures, than the repairer might proceed to further operations, he said. Trending or growing warmer “is not a good thing,” he said.

The battery should also be monitored for changes in the thermal state during removal from the vehicle, according to McGinn. Your expectation should be that the part is poised to experience a “thermal event” at any time, he said. A removed battery should be stored outside with the 50-foot radius described above but also protected from the elements, according to McGinn.

CCAR “most strongly” recommended auto body shops follow OEM handling and repair procedures for any compromised batteries — contacting the automaker directly for help if necessary, according to McGinn.

McGinn said you might wonder “‘Is this guy crazy?'” But the out-of-control blaze of a thermal runaway demands this level of paranoia, he said.

Thermal runaway is accelerated by increased temperatures, which release energy that in turn raises the temperature further, McGinn said. He said there’s “no time limit” for when it could happen after the battery is compromised.

“Thermal runaway could take place weeks after a collision or extraordinary event,” McGinn said. It can happen without warning and as a result of “many” conditions, such as physical damage including crushing, tears or punctures; water intrusion; or the ignition or reignition of the battery after a fire, according to McGinn. Hybrids can contribute to the problem by providing another fuel source, he said.

Once runaway happens, the ability to prevent the blaze “quickly is extremely difficult,” McGinn said.

Typical Class A-D fire extinguishers “simply do not possess” the ability of water to cool such a blaze, according to McGinn. And even then, it can take more than 2,500 gallons of water to fully cool and extinguish a runaway battery, he said. The only option is to evacuate and let firefighters handle the battery, he said.

(Electricity and water seems like a bad combination. However a Massachusetts fire department’s testing determined it was OK to fight an electric vehicle fire with water because the ground and positive are built into a single container, McGinn said. There’s no completion of the circuit, unlike a structure fire to a building with utility electricity where a “path of return” would exist, he said.)

Lithium-ion batteries can reach a specific energy of 185-200 Watt-hours per kilogram in terms of “how much juice they hold,” McGinn explained. But depending on the type of battery and, most importantly, its state of charge, the enthalpy of combustion can reach 1,388-5,500 Watt-hours per kilogram, he said. That number refers to the battery’s ability to release heat, according to McGinn — who called it a ‘big jump” from the 185-200 Watt-hours of specific energy.

If the battery is on fire, all chemistries have the ability to expel much higher heat energy than the amount of electrical energy they contain, McGinn said. Testing of one vehicle battery type found a release of 5,200-8,200 Watts of heat energy per second, he said.

For comparison, a birthday candle burns at 60 Watts per second (and 1,600 degrees), McGinn said.

The more juice a battery has remaining, the sooner a thermal runaway occurs, he said.

Three types of battery failures can produce a thermal runaway, according to McGinn. Thermal instability refers to factors like a fire or elevated temperature without the ability to cool itself. Electrirical instability can involve situations involving an overcharge, reversed polarity or a short circuit. Mechanical instability considerations can include the battery being dropped, involved in a collision or immersed in water.

“The magic number” for a thermal runaway appears to be 374-392 degrees Fahrenheit, McGinn also observed.

McGinn explained that heat generation is exponential, while dissipation is merely linear. This means the battery can increase in temperature very quickly but only cool gradually, McGinn said.

Three types of runaways can occur. The first is “preferred” and “benign,” McGinn said. The reaction begins and might get close to thermal runaway but lacks “get up and go” — the battery sheds heat more rapidly than it gained it. The battery cools, and the incident might not even set off a warning light on the vehicle, he said.

An “acceptable” outcome might see one battery cell entering runaway, venting and exploding — but countered by enough heat dissipation that the adjacent cells don’t reach the runaway point, according to McGinn. This would “definitely” set a warning light, he said.

An “unacceptable” outcome could start with a battery cell heating less than a degree a minute and rising until “magically,” at 374 Fahrenheit, “that line goes straight up.” The adjacent cells hit runaway, and a cascade failure burns up the entire battery, he said.

A submerged vehicle presents a different risk scenario, according to McGinn. The water might not deplete all of the battey’s charge, and electrolysis gases can arise as the battery arcs and shorts. McGinn suggested taking steps like opening the hood, trunk and windows to ensure such gases don’t accumulate. “We don’t want any boom in the shop,” he said.

Shock and thermal runaway also are risks with a submerged vehicle, McGinn said. “Just because the water’s gone doesn’t mean everybody’s safe,” he said. Submerged vehicles at a body shop or in storage still need to receive temperature monitoring and isolation until the compromised battery is extracted, he said.

Featured image: Hybrid and other electric vehicle batteries should be monitored to avoid being caught up in a thermal runaway, according to the Coordinating Committee for Automotive Repair. (sankai/iStock)