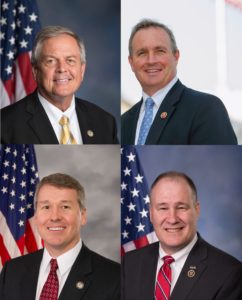 The Department in Justice in 2019 proposed terminating the 1963 Southern District of New York settlement in U.S. v. Association of Casualty and Surety Companies, et al as part of a 2018 initiative to eliminate some of the nearly 1,300 “legacy” antitrust judgments enacted without sunset dates. Starting in 1979, the government’s policy has been to include an automatic end date — usually 10 years — regarding antitrust judgments.

According to the 1963 complaint settled by the decree, insurers were alleged to have since about 1947 “engaged in a combination and conspiracy in unreasonable restraint of the aforesaid trade and commerce in the adjustment and settlement of automobile property insurance claims, the automobile material damage appraisal business and the automobile damage repair business, in violation of Sections 1 and 3 of the Sherman Act. …

Woodall, Kelly, Duncan and Norman all said they supported the DOJ initiative but felt the nearly 60-year-old consent decree still had relevance today.

The Society of Collision Repair Specialists and other trade groups have fought to retain the decree, and Duncan, Kelly and Norman told Delrahim that their states’ small businesses had made “compelling” pitches for preserving the order. 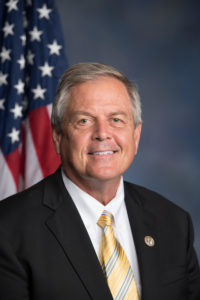 “We have recently heard from South Carolina small business owners who, like many other American small business owners, are strong supporters of this Administration and its policies to ease regulations and increase competition in their respective markets,” Norman wrote March 31. “They make a compelling argument that the decree cited above is unique among those proposed for termination and continues to promote competition in the auto claims settlement process and would ultimately be in the best interest of the American consumer. The Decree helps to ensure that the independence of adjusters and collision repair businesses is not undermined. If the Decree were terminated it might embolden the anti-competitive conduct it was originally intended to prevent.”

Duncan pointed out that he was among “conservative South Carolina House Republicans who support needed regulatory reform” but still liked the consent decree.

“In view of the pro-small business, pro-consumer, pro-competition policies at the foundation of this Decree, we join other conservative Republican Members of Congress who have previously expressed the view that this Decree uniquely warrants continuation. We hope that you might come to that conclusion as well, and provide Americans (including small business men and women, their employees and their customers) with the certainty that this Decree will be preserved, and that it will continue to help prevent anti-competitive conduct.”

Under the terms of the 1963 settlement, no wrongdoing was acknowledged by the signatory insurance trade groups nor alleged by the DOJ. Signers included the Association of Casualty and Surety Companies, American Mutual Insurance Alliance and National Association of Mutual Casualty Companies. 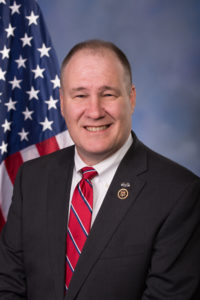 “We have heard from small business owners and consumers from all across Mississippi expressing great concern about the possibility that the Department of Justice (DOJ) may terminate the Consent Decree (referenced above) that prohibits insurance carriers from engaging in anti-competitive behavior such as price fixing, collusion and steering in the automobile repair market,” Kelly wrote Monday. “While we are supportive of DOJ’s initiative to undertake a broad scale review of existing antitrust judgments that do not have termination dates, we believe the DOJ should consider the merits of the collision repair consent decree and the relevance of preserving it to protect the consumers in Mississippi and across the country who deserve a free and fair marketplace when they are seeking repairs to their vehicles.”

“It was understood that insurer practices of price fixing and ‘steering’ consumers to repair shops beholden to insurance companies greatly increased the risk of an improper repair, jeopardized the safety of consumers, and stifled competition amongst collision repair shops,” Woodall wrote in January.

“… Given the pretext of this consent decree’s implementation and the protections it offered thereafter, I believe the termination of this agreement may come at the expense of the American consumer and small business owners.”

Over in the Senate, Sens. Richard Blumenthal, D-Conn., and John Kennedy, R-La., have also asked the Department of Justice to retain the Consent Decree.

Be heard: U.S. senators and representatives contact information can be found here.