A spokesman for the trade group representing top national and superregional banks this week advised repairers seeking Paycheck Protection Program loans to work with their current financial institution rather than find another.

“The No. 1 most beneficial piece of information is that all of your members should go to the bank that they currently do business with,” Consumer Bankers Association public affairs Senior Vice President Nick Simpson said Monday. “That will streamline some of the steps and processes that SBA is requiring on the loans in relation to ‘know your customer’ and Bank Secrecy Act anti-money laundering regulations.”

Simpson shared some advice and insight into the Paycheck Protection Program, which is proving to be a popular component of the recent $2.2 trillion CARES Act. If you haven’t pursued the program yet, this might answer some of your questions.

The CARES Act allocated $349 billion in low-interest, forgiveable Paycheck Protection Program loans for the nation’s small businesses. The initiative was meant to provide economic relief to companies and workers hurt by the national COVID-19 coronavirus response.

The SBA opened the program to small businesses on April 3 and would expand it to self-employed individuals and independent contractors on Friday, Simpson said.

At the direction of President @realDonaldTrump, I’ve spoken with @SenateMajLdr, @SenSchumer, @SpeakerPelosi, and @GOPLeader to secure an additional $250 billion for the #PPPLoan program to make sure small businesses get the money they need!

PPP loans have a two-year maturity and were originally set at 0.5 percent interest, but the Small Business Administration raised the rate to 1 percent. Payments can be deferred for six months, though the interest continues.

Collision repairers can borrow up to the equivalent of 10 weeks of payroll (up to $10 million) and have it forgiven, with the amount waived proportional to the amount of employees kept on and without pay cuts. The SBA said Friday small businesses must spend at least 75 percent of the money on payroll and the remaining 25 on payroll or other core expenses (e.g. rent) during an eight-week period to have the debt wiped clean.

The loans are guaranteed by the SBA and require no collateral or personal guarantee, which ought to smooth the path for borrowers. The Federal Reserve on Thursday announced it would from a regulatory perspective treat the loans as carrying zero risk to a bank.

Simpson said a repairer’s first step would likely involve going to their bank’s website and finding the application. (Here’s No. 1 BofA, No. 2 JPMorgan Chase and No. 3 Wells Fargo.) The SBA also has a form to help you get ready. He said applying should be “pretty easy” and streamlined. Repairers would have to provide details like proof of average monthly payroll and confirmation that the company has been in business for the requisite amount of time, according to Simpson.

In eight weeks, repairers would return to their banks and apply for the loan forgiveness, he said. 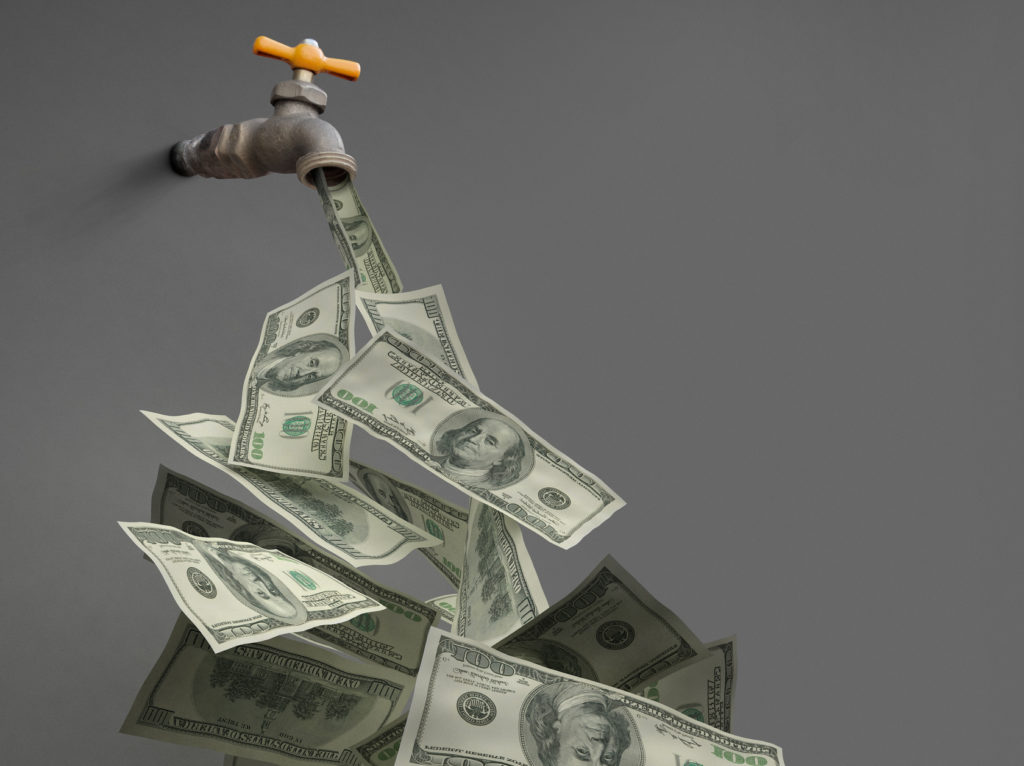 Simpson said some applicants assemble all 2019 payroll information along with January and February’s. “That checks two boxes,” he said. It demonstrates the average and proves the business has been operational.

Employer ID, tax ID, 2019-20 payroll, state income tax payroll and unemployment filing data could be helpful for applicants to have on hand, according to Simpson.

Sole proprietorships can pose a greater challenge, according to Simpson. How do you verify payroll when “the business is the person,” as Simpson put it. He said sole proprietorships should prepare with information like income and expense documentation.

For now, many banks are focusing on existing customers and refusing to work with new customers on PPP loans, according to Simpson. Setting up a new customer is a more complex process for a bank under know-your-customer and anti-money-laundering rules, he said.

“It would just slow down the system,” he said.

That’s “why you should go to your main bank,” he said.

Some small businesses’ banks might not be granting PPP loans yet. However, they might be preparing to do so. Simpson said “only about a dozen” of the CBA’s 66 members were currently funding loans. However, about 50 members were taking applications online in advance.

Members had been waiting for guidance on the SBA and Treasury Department, which “kind of tied our hands,” Simpson said. However, they just received clarification on that point, he said Wednesday.

Other repairers’ banks might not be established SBA 7(a) lenders. But Simpson said the SBA has expedited the process for PPP loans. Typically, it might take “several weeks” for a bank to receive 7(a) status, Simpson said. But he shared a story of a non-7(a) bank which received approval in “less than a week.”

Asked what a repairer seeking a PPP loan should do if the bank had maxed out its capacity, Simpson said the borrower should seek guidance from the bank. The institution might be opening up more capacity in the future, or it might have a suggestion of another lender in the area. 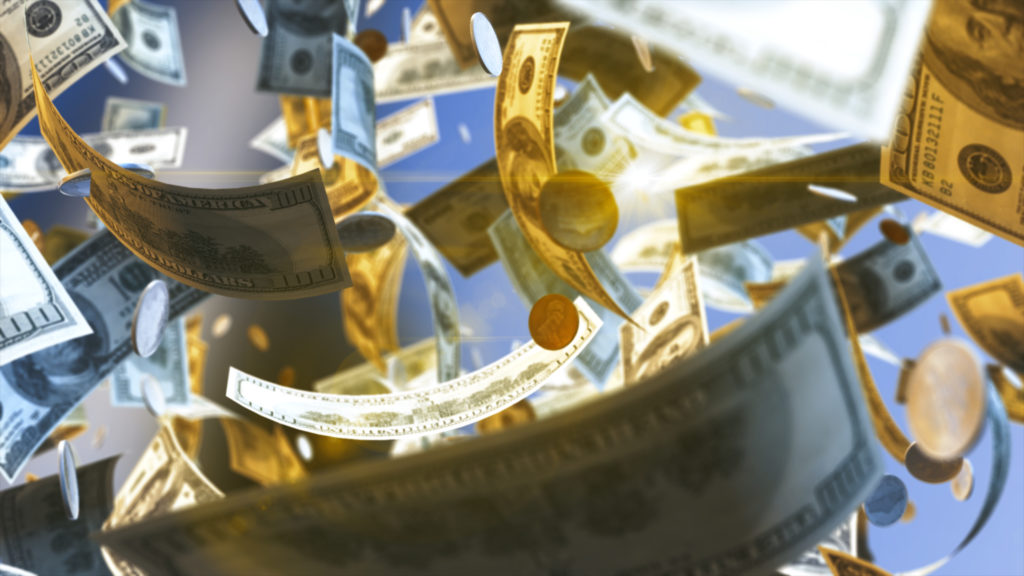 Using an existing banking relationship for a PPP loan could have been problematic for some Wells Fargo customers. The bank announced Sunday that it had run up against its asset cap and would have to decline lending beyond the $10 billion in PPP requests it had already received.

However, the Federal Reserve on Wednesday partially suspended the growth restriction it imposed on Wells Fargo on 2018. The Fed said it would give Wells Fargo an exemption for small-business loans made under the PPP or the upcoming Fed Main Street Lending Program.

“The Board will require benefits from the PPP and the Main Street Lending Program to be transferred to the U.S. Treasury or to non-profit organizations approved by the Federal Reserve that support small businesses,” the Fed wrote in a news release. “The change will be in place as long as the facilities are active.”

The growth cap had been imposed as punishment for actions like “widespread compliance and operational breakdowns,” according to the Fed.

“Wells Fargo appreciates the targeted action of the Federal Reserve to support the needs of small businesses through PPP and looks forward to expanding relief to many more small businesses and nonprofits,” Wells Fargo CEO Charlie Scharf said in a statement Wednesday. “In the first two days alone, we received more than 170,000 indications of interest from our customers, and know there is much more need. While the asset cap does not specifically restrict Wells Fargo’s participation in this program, this action by the Federal Reserve will enable Wells Fargo to provide additional relief for our customers and communities.”

As noted above, the PPP program opened Friday. Interviews with a handful of repairers Monday found one shop already having approval, while other had applied but not yet heard back. Asked how long the process takes on average, Simpson said Wednesday “it’s really impossible to say.” Too few companies had reached the finish line at that point.

Simpson said the system has experienced issues he suspected was related to the sheer volume of applications. He said the PPP process was using a 7(a) loan program used to handing about 58,000 loans encompassing about $21 billion annually. As noted above, demand has climbed to at least $70 billion in loans in mere days. Wells Fargo reported receiving “more than 170,000 indications of interest” in two days.

Simpson described at least one report of taking more than an hour for a bank to enter an application — and then the system crashed. He said he didn’t think were “operational enough” yet, but hopefully turnaround time would speed up as the initiative continued.

PPP loans might not be right for every repairer; some might wish to use other assistance under the CARES Act instead. Companies who take the PPP loan won’t be able to use other bill options like delaying payroll taxes or a separate employee retention tax credit, according to a recent S-Corp Association slide.

S-Corp Association President Brian Reardon said recently that businesses and workers will need to determine which measure works best for them.

“Federal Reserve Board announces, due to the extraordinary disruptions from the coronavirus, that it will temporarily and narrowly modify the growth restriction on Wells Fargo so that it can provide additional support to small businesses”

The Society of Collision Repair Specialists and other trade groups had asked the federal government to provide unsecured credit to all businesses during the COVID-19 coronavirus issue. (Stefano Spicca/iStock)

The COVID-19 coronavirus pandemic could be financially difficult for some shops. (orbetto/iStock)