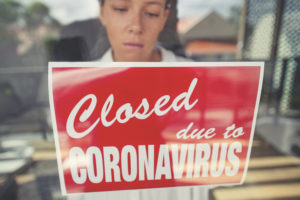 Collision repairers considering a business interruption insurance claim in light of the COVID-19 coronavirus should check their policy and talk to their carrier. A recent controversy over the coverage suggests some insurers might resist such claims.

The issue has been simmering recently, with lawmakers, regulators and even the president taking positions on the topic. The law firm Schiff Hardin reported Thursday that bills in multiple states “would require private insurers to cover business interruption losses not covered by the plain language of their policies and/or were excluded from their policies.” The firm said legislation in Massachusetts, South Carolina and New York went as far as to “expressly address viral exclusions and/or the physical damage requirement.”

According to Schiff Hardin, business interruption insurance typically pertains to “losses resulting from physical damage to property, such as that caused by a fire or earthquake, and generally inapplicable to losses caused by viral or bacterial pandemics.”

Republican President Donald Trump weighed in on the issue Friday, siding with businesses over insurers — though not in instances where the policy spelled out the exclusion.

“Business interruption insurance.  I’d like to see these insurance companies — you know, you have people that have paid — when I was in private, I had business interruption,” Trump said during a news conference, according to a White House transcript.

“When my business was interrupted through a hurricane or whatever it may be, I’d have business where I had it.  I didn’t always have it.  Sometimes I had it; sometimes I have a lot of different companies.  But if I had it, I’d expect to be paid.  You have people — I speak mostly to the restauranteurs, where they have a restaurant, they’ve been paying for 25, 30, 35 years — business interruption.  They’ve never needed it.  All of a sudden, they need it.  And I’m very good at reading language.  I did very well in these subjects.  Okay?  And I don’t see the word ‘pandemic’ mentioned.

“Now, in some cases, it is.  It’s an exclusion.  But in a lot of cases, I don’t see it.  I don’t see a reference, and they don’t want to pay up.  I would like to see the insurance companies pay if they need to pay, if it’s fair.  And they know what’s fair and I know what’s fair.  I can tell you very quickly.

“But business interruption insurance, that’s getting a lot of money to a lot of people.  And they’ve been paying for years.  You know, sometimes they just started paying.  But you have people that have never asked for business interruption insurance, and they’ve been paying a lot of money for a lot of years for the privilege of having it.  And then when they finally need it, the insurance company says, ‘We’re not going to give it.’  We can’t let that happen.” 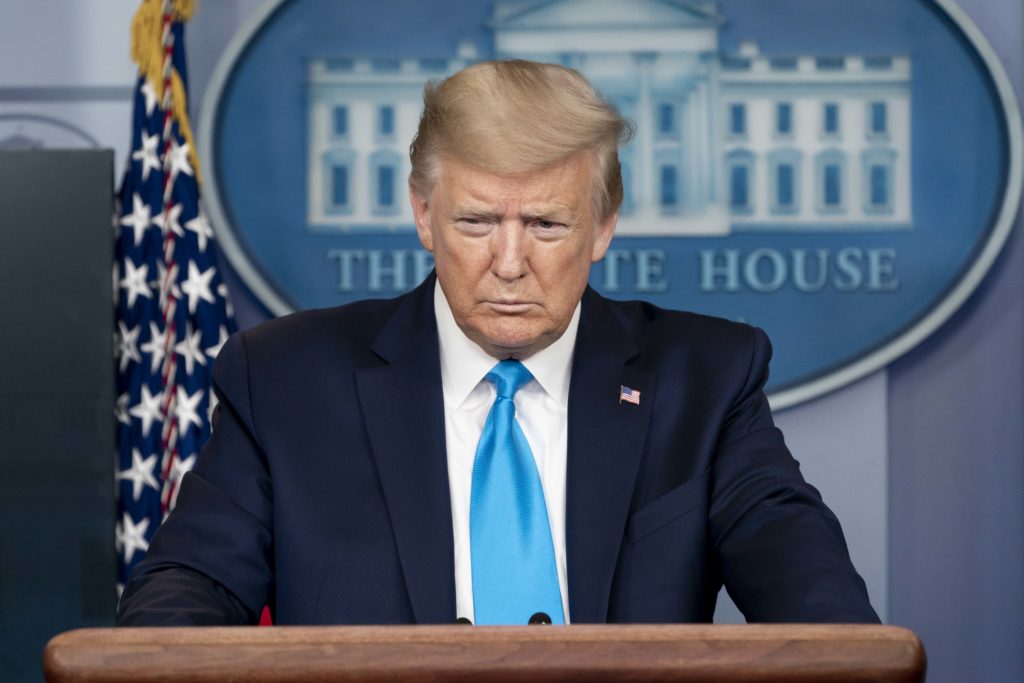 The same day, seven Republican senators wrote to Trump on behalf of insurers as stakeholders and lawmakers propose action on business interruption coverage. It’s unclear if the letter predated the news conference.

“First, insurance contracts are a foundational pillar of our economy and attempting to ex-post facto rewrite them through knee-jerk administrative action would undoubtedly undermine our insurance system and create major unintended consequences for new contractual relationships going forward. Second, if any attempts to legislatively or administratively rewrite insurance  policies in this manner are successful, the action could be litigated in the courts for years, guaranteeing that no money would make it to small businesses that need it.

“Because BI insurance typically does not cover pandemics absent an explicit rider, insureds under these policies were never charged premiums for that risk and insurers did not reserve for or hold capital against the potential future loss. It is our understanding that most policies – especially those written in the aftermath of the 2002 and 2004 Severe Acute Respiratory Syndrome (SARS) epidemic – explicitly bar coverage for losses arising from communicable disease. If the insurance industry were now forced retroactively to cover perils that were never accounted for, commercial insurers could experience significant economic strain and/or insolvencies, given the magnitude of the current cumulative estimated claims. Adding another point of stress during these times, this would likely put our businesses in an even worse position – draining the U.S. insurance reserves to pay these claims could leave us in a position of having inadequate reserves to cover claims that are actually intended to be covered, such as damage from wind, fire, hail, and other covered perils.”

“However, as Congress considers further legislative proposals to address the devastating impacts of the COVID-19 pandemic, we would caution against and oppose proposals that would require insurers to retroactively pay unfunded COVID-19 business interruption claims that insurance policies do not currently cover,” the regulators wrote March 25.

“Business interruption policies were generally not designed or priced to provide coverage against communicable diseases, such as COVID-19 and therefore include exclusions for that risk.  Insurance works well and remains affordable when a relatively small number of claims are spread across a broader group, and therefore it is not typically well suited for a global pandemic where virtually every policyholder suffers significant losses at the same time for an extended period.  While the U.S. insurance sector remains strong, if insurance companies are required to cover such claims, such an action would create substantial solvency risks for the sector, significantly undermine the ability of insurers to pay other types of claims, and potentially exacerbate the negative financial and economic impacts the country is currently experiencing.

“Moving forward, if Congress believes that the business interruption insurance sector can play a vital role in addressing the policy challenges of future pandemics, we stand ready to work with Congress on such solutions. However, swift action by Congress to directly address the needs of citizens and our economy is the most effective and expedient means to addressing the devastating impact of COVID-19.” 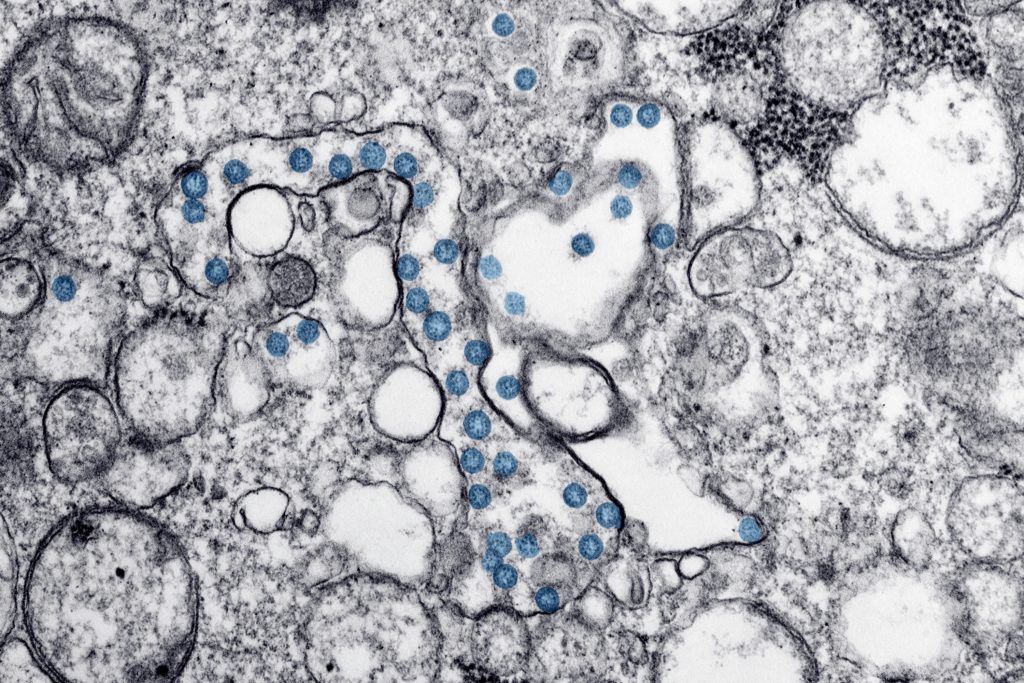 “Under the policy, insurance is extended to apply to the actual loss of business income sustained and the actual, necessary and reasonable extra expenses incurred when access to the scheduled premises is specifically prohibited by order of civil authority as the direct result of a covered cause of loss to property in the immediate area of plaintiffs’ scheduled premises,” French Laundry Partners and other plaintiffs wrote in French Laundry Partners et al v. the Hartford et al. “This additional coverage is identified as coverage under ‘Civil Authority.’

Since then, Napa County has issued an even stronger shelter-in-place order. It too mentions the threat to property.

“This Order is issued based on evidence of increasing occurrence of COVID-19 within the County and throughout the Bay Area, and also its proclivity to attach to surfaces and cause temporary physical damage to property,” Napa County wrote April 3.

Similar San Francisco orders also state: “This order and the previous orders issued during this emergency have all been issued because of the propensity of the virus to spread person to person and also because the virus physically is causing property loss or damage due to its proclivity to attach to surfaces for prolonged periods of time.”

The CDC does offer guidance for sanitizing areas of a business which potentially came in contact with a COVID-19 carrier.

The Hartford has not yet responded to our request for comment or to provide attorney contact information. Asked for comment on its behalf, the American Property Casualty Insurance Association shared a copy of an April 6 news release analyzing business interruption.

“Many commercial insurance policies, including those that have business interruption coverage, do not provide coverage for communicable diseases or viruses such as COVID-19,” the trade group wrote.

“Any action to fundamentally alter business interruption provisions specifically, or property insurance generally, to retroactively mandate insurance coverage for viruses by voiding those exclusions, would immediately subject insurers to claim payment liability that threatens solvency and the ability to make good on the actual promises made in existing insurance policies.”

The trade group warned that closure losses for companies with 100 employees or less alone reached $255-$431 billion. Home, auto and business insurers combined only have a surplus of only $800 billion, it said.

The San Diego Union-Tribune covered the Keller case and San Francisco language in an April 5 article. In that report, the APCIA accused attorneys of collaborating with local governments to “lay a predicate in their orders that would expand coverage that is not covered in the standard business interruption policy.” The APCIA hasn’t yet responded to an inquiry seeking details on this position.

Attorneys for the plaintiffs in the French Laundry case, the city/county of San Francisco and Napa County all have not yet responded to inquiries about a response to the APCIA comments.

Businesses facing huge losses from pandemic thought their insurance would cover them. Not really

Companies considering a business interruption insurance claim in light of the COVID-19 coronavirus should check their policy and talk to their carrier. A recent controversy over the coverage suggests insurers are resisting such claims. (courtneyk/iStock)