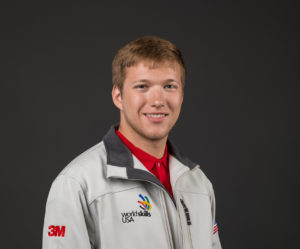 The collision repair industry might wish to revise pay and scheduling practices to encourage technicians to choose the industry, an automotive WorldSkills USA competitor suggested this month.

Paul Danenberg won a Medallion of Excellence in automobile technology at the 2019 WorldSkills global championship in Russia and now works as a service technician at a Boise, Idaho, GMC dealership. He offered IBIS USA a young technician’s perspective on the sector’s difficulty attracting talent.

Danenberg called it a “multifacted problem.” He called automotive repair “a very tough industry” demanding a wide range of knowledge and a certain honed skill set.

Shops should offer technicians a higher-quality career with more time off, flexible schedules, and different pay plans, he said.

“I think it should be a more inviting career for technicians,” he said.

Danenberg said he was not a fan of flat-rate pay plans. Conversations with fellow WorldSkills competitors indicated it wasn’t popular outside of the U.S.

“I think it emphasizes production over quality,” Danenberg said. He said it also added a “level of pressure” to an “already hard job.”

The industry might be moving away from piece-rate. The Collision Repair Education Foundation and I-CAR in 2019 reported their most recent industry survey found flat-rate had decreased to narrowly edge out hourly/salary pay. The latest online survey was advertised to the industry and drew responses to at least one question from more than 675 collision repair companies. 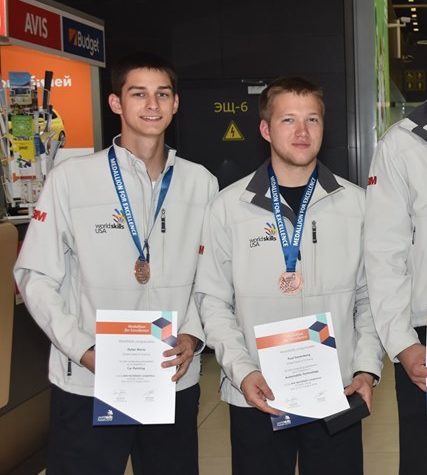 Danenberg brought up flat rate when asked about the industry’s management and mentoring of young employees. He said he felt mentoring by a “genuine craftsman” provided a great way to train fledgling technicians. However, flat-rate seemed “a little cutthroat,” and a newcomer to the industry might not succeed.

Working with a mentor for a few years could provide a foundation. “We set them up more for success,” he said.

In a related vein, Danenberg also called verbal feedback a “big one” for younger people. They want to hear from managers, he said.

The industry might also consider adding a tool stipend as an additional perk, according to Danenberg. The early years of a mechanic’s career are the most expensive given the need to build up a tool collection. However, it’s also when you make the least amount of money, he said.

Instead, employers should offer a tool stipend of a couple hundred dollars monthly, Danenberg said.

“It’s a constantly recurring expense that we have,” he said.

Factors other than money

Danenberg said he felt young techs were more motivated by job satisfaction than money — they wish to feel like they’re making a difference. He said he also heard from many in his age range and peer group they would rather have greater schedule flexibility and time off “instead of more pay.”

He said he would prefer workweeks shift from five 8- or 9-hour days to a system built around four 10-hour days or three 12-hour days.

This offered more flexibility, he said.

Technicians also deserve more vacation days, according to Danenberg. His dealership will offer three weeks vacation after 10 years of service, he said. Yet a friend working for a library qualifies for three weeks immediately.

“I think there’s a large discrepancy there,” Danenberg said.

Paul Danenberg won a Medallion of Excellence in automobile technology at the 2019 WorldSkills global championship in Russia. (Provided by WorldSkills USA)

From left, Dylan Wertz and Paul Danenberg won Medallions of Excellence for car painting and automobile technology, respectively, at the 2019 WorldSkills global championship in Russia. (Provided by WorldSkills USA)

Data from a Collision Repair Education Foundation and I-CAR study that got a response to at least one question from more than 675 shops. (Provided by CREF)