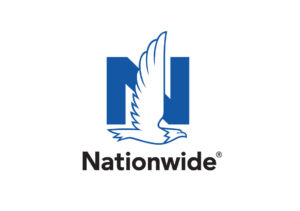 Nationwide last week announced it would let the whole working-from-home thing ride beyond the COVID-19 coronavirus pandemic to become a permanent business strategy.

The carrier on April 29 said it would “exit most buildings” and have the associated employees work remotely for good as of Nov. 1. This initiative will include the closure of Nationwide facilities in Gainesville, Fla.; Harleysville, Penn.; Raleigh, N.C.; Richmond, Va.; and Wausau, Wis.

“We’ve been investing in our technological capabilities for years, and those investments really paid off when we needed to transition quickly to a 98 percent work-from-home model,” Nationwide CEO Kirt Walker said in a statement. “Our associates and our technology team have proven to us that we can serve our members and partners with extraordinary care with a large portion of our team working from home.”

Employee behavior during the ongoing COVID-19 response provided such proof, according to Nationwide.

“Nationwide swiftly moved to a work-from-home posture in mid-March to preserve associate health and well-being and with the intent of flattening the COVID-19 curve,” the carrier wrote. “The company has maintained strong operational and customer service levels throughout that time.”

“There will be no impact to service levels,” Case wrote in an email Wednesday. “Many of these staff members already work from home and leverage technology to support our customers.”

(In that vein, Walker on April 29 wrote that Nationwide’s reaction to the COVID-19 issue included having “expanded our ability to handle and settle claims virtually.”)

“Exceptions may also include smaller offices and locations that are required by state plans or business need to have an office location to service members,” it wrote.

Dumping fixed costs like real estate and utilities could permit Nationwide to undercut other carriers on premium price or give the carrier breathing room during rising severity.

“Our goal is to ensure that when a recovery comes, we’re prepared to win business with competitively priced solutions while enhancing our resiliency and operational efficiency,” Walker said in a statement. “We’re technology-enabled, people-connected and mission-driven. I remain extremely optimistic about our future.”

The decision by a Top 10 carrier also leads one to wonder which other major employers in insurance and other industries would follow suit. If so, would consumer traffic fall by a significant enough degree to affect crash frequency?

Unemployment in August 2008 sat at 6.1 percent with 9.4 million people out of work compared to 4.7 percent and 7.2 million people in August 2007. If those 2.2 million had kept their jobs but worked at home, how close to that 3.9 percent drop in miles driven would we see? What would this mean for frequency?

According to Gotsch, Insurance Information Institute, American Property Casualty Insurance Association and Society of Actuaries, College of Actuaries research has shown “collision frequency in the United States is strongly and positively related to various measures of congestion.”

“How Claim and Accident Frequency May Be Impacted by COVID-19”

“Shelter at Home – Impact of COVID-19 on Auto Accident Frequency”

Featured image: The Nationwide logo. (Provided by Nationwide via PRNewsfoto)