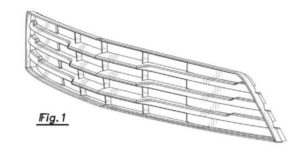 LKQ’s lawsuit last week also asks the Northern District of Illinois to find that one of those patents — a hood — and three other separate design patents be tossed as invalid.

The U.S. Patent Office permits companies to seek design patents protecting an invention’s looks. These are separate from utility patents, which protect the function of an invention.

General Motors has posted to www.genuinegmparts.com a 62-page list of parts numbers which represent either design-patented parts, parts which are found within design-patented assemblies, or assemblies containing a design patented-part.

LKQ’s lawsuit states it had licensed the right to copy many of GM’s designs and has been paying royalties to do so under a confidential Design Patent License Agreement. It alleged GM had unilaterally demanded a change of terms while the contract was still in effect — and then complained of infringement to CCC.

“Further, notwithstanding the fact that GM and LKQ were in the midst of direct negotiations regarding a revised DPLA, in an effort to undermine LKQ’s business relationships and pressure LKQ into agreeing to unfair licensing terms, GM sent correspondence to a third party making baseless allegations that certain automotive parts sold by LKQ and listed on the third party’s vehicle part platform—Certified Collateral Corporation’s (‘CCC’) platform—infringed certain GM design patents,” LKQ wrote in its lawsuit.

“It has recently come to my attention that products infringing certain of GM’s intellectual property are being made available for insurance estimation on your platforms,” she wrote. “In particular, certain aftermarket seller’s products that you list alongside GM’s products are infringing GM’s registered design patents. While your promotion of these infringing goods may have been inadvertent, this letter is intended to serve as notice that GM objects to this promotion.”

LKQ’s lawsuit says it had licensed the parts it was accused of infringing and “had been paying royalties under the DPLA for such parts.”

LKQ said GM went back to CCC with a PowerPoint presentation in December 2019 listing parts that CCC shouldn’t permit on its systems.

“Notably, upon information and belief and based upon the assumption that CCC’s subsequent request that LKQ remove certain parts (discussed below) included all parts alleged by GM to be infringing at that time in March 2020, only four of the approximately 250 patents originally asserted by GM in the March 2019 assertion were included in GM’s latest assertion,” LKQ wrote.

“Please remove these parts and any other parts where applicable design patents have not been licensed from GM. Please implement corrective actions in your upstream supply chain processes to avoid offering parts that infringe on IP owner’s rights. If you feel your parts do not infringe on GM design patents, please provide specifics that can be shared with GM or contact General Motors directly.”

“Since it began offering parts for sale that correspond to the ’903 Patent, LKQ has properly paid royalties to GM commensurate with the terms and conditions of the LKQ-GM DPLA,” LKQ wrote. “GM has never rejected the royalties paid by LKQ or objected to LKQ paying royalties on parts corresponding to the ’903 Patent.”

LKQ said a similar situation happened with the D803,731 patent — it paid royalties and GM took them.

Hence, according to LKQ, there was no infringement.

LKQ also says no infringement occurred on design patent D812,532 — a hood for 2017-20 Chevrolet Traxes — because the version LKQ sells is too different. (LKQ clarified to us Thursday that their part does match GM’s production part, which it says differs from the patented design.) 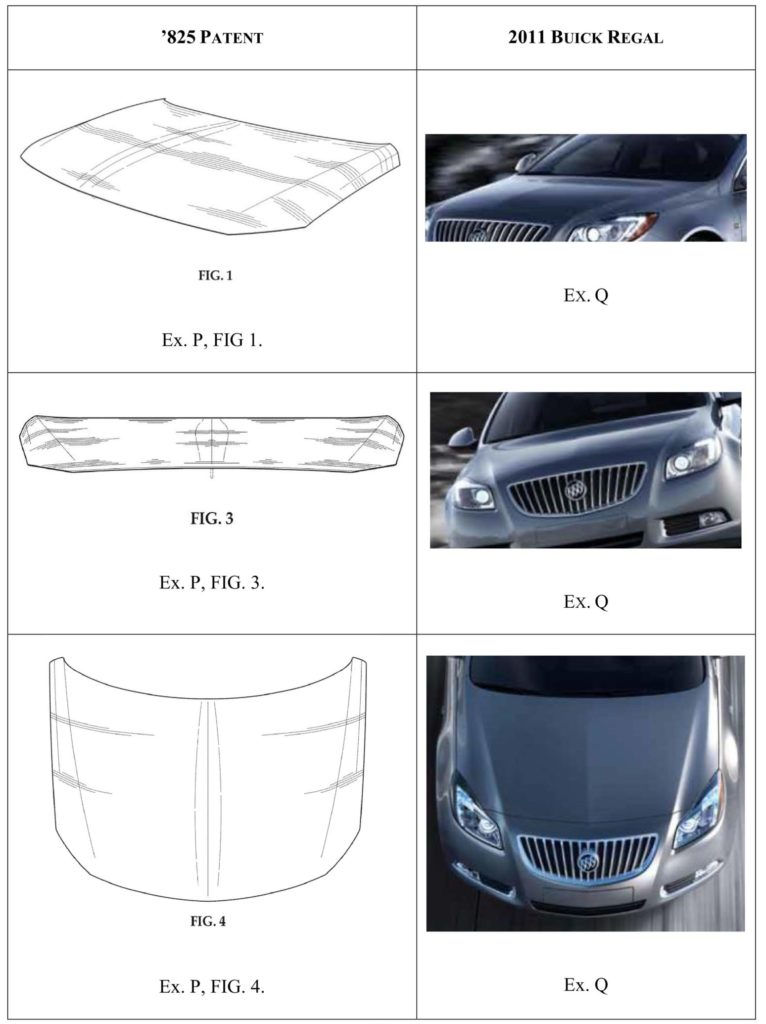 Companies typically don’t comment on pending litigation, and GM on Monday it had no comment when we asked if it had any response to LKQ’s lawsuit.

However, the OEM might be buoyed by recent victories against LKQ before the Patent Trial and Appeal Board as well as Ford’s recent federal court wins on design patent litigation involving the aftermarket parts industry.

The Supreme Court earlier this year declined to consider the ABPA’s appeal.

The similar Ford v. New World et al, remains on appeal before the Federal Circuit Court of Appeals. Oral arguments are scheduled for June 4 at 10 a.m.

Ford had accused aftermarket parts distributor New World International and fellow defendants Auto Lighthouse Plus and United Commerce Centers (both of which were tied to New World) of selling auto parts infringing on Ford’s design patents.

Northern Texas District Judge David Godbey on March 12, 2018, had approved Ford’s motion for infringement summary judgment on functionality and exhaustion. Ford said Godbey’s summary judgment was pending a jury decision on invalidity. On Nov. 16, 2018, a jury ruled for Ford on 13 willful auto body part infringement counts and awarded the OEM $493,057. Ford also requested and won items like $2,108,672.50 in attorney fees and $41,721.60 in profits in April 2019.

Other LKQ-GM cases are still in play before that body.

Repairers will note an interesting dispute in the Equinox fascia case and at least one of the post-grant review attempts: Who constitutes an “ordinary observer”?

According to the Supreme Court in 1871, “if, in the eye of an ordinary observer, giving such attention as a purchaser usually gives, two designs are substantially the same, if the resemblance is such as to deceive such an observer, inducing him to purchase one supposing it to be the other, the first one patented is infringed by the other.”

The PTAB said GM offered “credible argument and evidence as to why the ordinary observer would be a repair shop professional,” but ultimately called this moot. “Our analysis, however, reaches the same result using either parties’ definition of the ordinary observer,” the PTAB wrote.

LKQ said this General Motors grille design patent — which can be found on 2017-19 Cadillac XT5s — should be declared invalid. LKQ provided this image from GM’s design patent in its May 6, 2020, lawsuit. (Provided by U.S. Northern District of Illinois)

LKQ argued in a May 6, 2020, lawsuit against General Motors that GM’s design-patented hood on 2018-20 Buick Regals is too similar to the 2011 Buick Regal’s hood. This graphic is from the litigation. (Provided by U.S. Northern District of Illinois.)