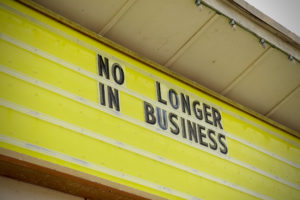 America’s Recovery Fund Coalition research announced Wednesday warned that more than 2 million small businesses could be broke and at risk of closure next month — even with Paycheck Protection Program loans.

The coalition, whose more than 100 member organizations include the Society of Collision Repair Specialists, Automotive Service Association and Auto Care Association, called on Congress for more financial aid to weather the economic blow of the COVID-19 coronavirus response.

“Our findings show 2 million small businesses could be at immediate risk of closing without help. We do not have time for an industry-by-industry approach,” coalition research director Trevor Hanger said in a statement Wednesday. “We need big, bold ideas that meet these unprecedented challenges head on, and quickly, injecting cash into the economy and giving businesses a lifeline so they can rehire and keep staff, change inventory, create new spaces to adhere to social distancing, and figure out how they are going to stay in business for the long run. We need America’s Recovery Fund.”

The coalition’s America’s Recovery Fund proposal is still in the preliminary stages, but the general idea explained to us earlier this month involves a federally funded bankroll dispensing grants rather than the loans used for the PPP. Recipients could put the funds towards expenses other than payroll if they desired, such as managing new COVID-19-related requirements or meeting debt obligations.

A coalition spokesperson described a program open to its large member businesses as well as tiny ones and offering larger maximum grants than were available under the PPP. (PPP loans generally were capped at $10 million and only be available to companies with less than 500 employees.)

Congress appropriated more than $650 billion for the PPP program, which involved 1 percent, two-year, Small Business Administration-guaranteed loans for up to about 2.5 months of payroll (capped at $10 million). The government will forgive the amount if the business spends 75 percent of the funds on payroll and the rest on payroll or other eligible costs during an eight-week period. The business must also restore employee pay and headcount to sufficient pre-pandemic levels by June 30.

The PPP program initiated in the March CARES Act and funded with more money in April’s H.R. 266 defines payroll as both actual paychecks and other employee-related expenses, such as benefits:

“(DD) allowance for dismissal or separation;

“(FF) payment of any retirement benefit; or

The CARES Act defined the other forgiveable uses of PPP funds as mortgage interest, rent, utilities and interest on pre-existing debt. 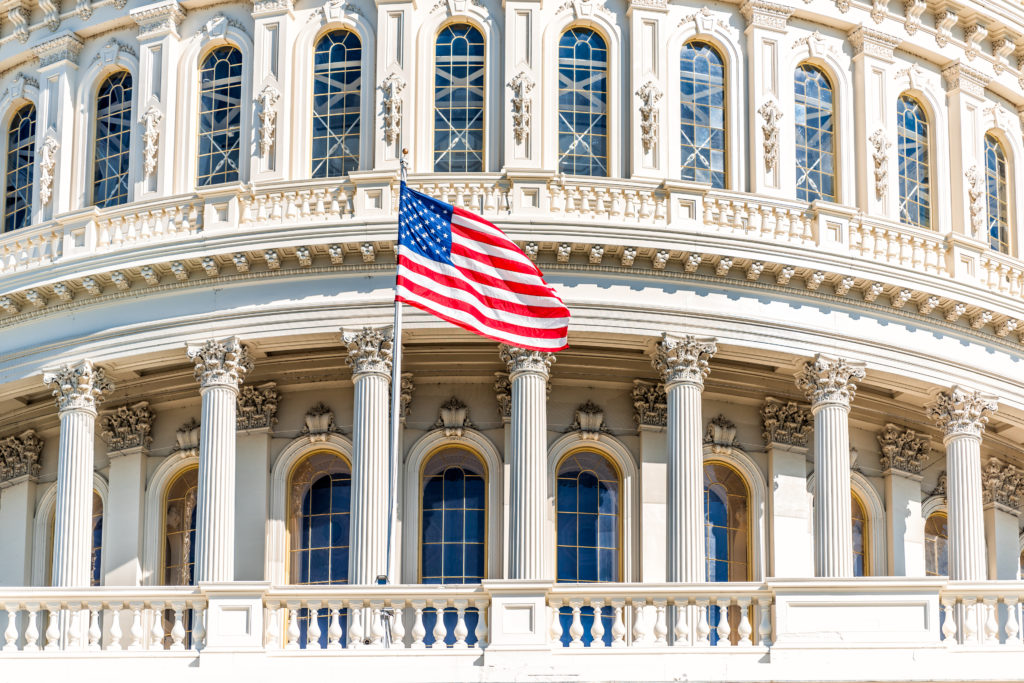 There’s also the question of how small businesses will cover payroll costs after spending their eight weeks of loan proceeds. If a body shop or other small business succeeded in collecting a PPP loan on April 3, the day the program went live, and spent the funds over eight weeks as instructed, the money should be running out by the end of the week.

While states are reopening — sending Americans back onto the roads to crash their cars and generate business — collision repairers might not be anywhere near their pre-pandemic sales at that point.

“We believe that over 2 million businesses with fewer than 500 employees in the U.S. could be at immediate risk of going out of business because their reserves are either already or will be depleted by mid-June just from payroll and overhead expenses, even after we account for the PPP benefits over the last two months,” the coalition wrote Wednesday.

The coalition estimated small businesses face a $300 billion to $1.2 trillion deficit even with the PPP.

And at least states considered auto body shops essential businesses exempt from forced closures or other significant restrictions. Other industries represented by the coalition members might have been shuttered for the past two months.

The coalition examined a scenario in which 60-90 percent of small businesses halted work for two months.

Using 2017 business census data, the coalition figured payroll (it excluded non-wage benefits on this one) represented an expense of $260-$390 billion per month, or $520-$780 billion for the two months since March 13.

The coalition estimated overhead — “rent, utilities, banking fees, advertising and marketing, state and local taxes, business insurance, technology (including subscription fees for POS software or accounting programs), inventory and supplies, and more” — represented 75-125 percent of payroll. It called this figure “conservative.” It figured overhead worked out to $190-$500 billion monthly, or $380 billion to $1 trillion for the two months starting March 13.

“That means 60-90 percent of small businesses face combined costs for payroll and business overhead in the two-month period between March and May of between $900 billion and $1.8 trillion,” the coalition wrote.

You’ll note that not all of these expenses represented forgiveable uses of PPP loans — nor are all of them costs that can be eliminated with layoffs or reduced operations. 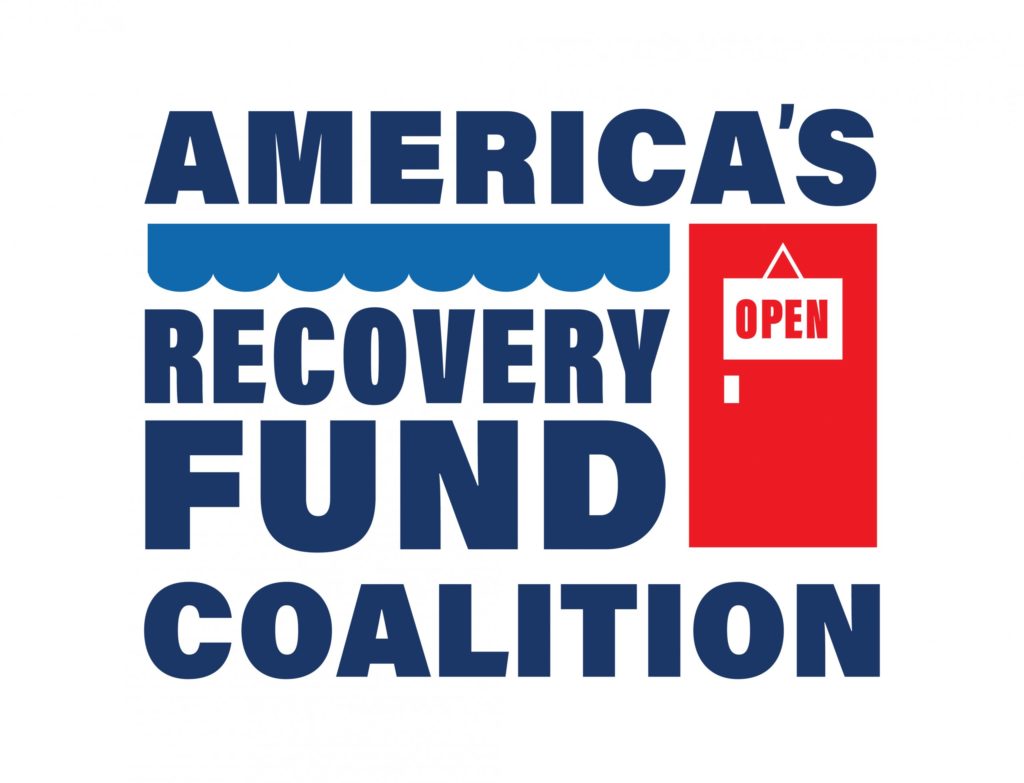 The coalition estimated that even if truly small businesses received all of the $600 billion in PPP loans to date (some of the money went to exempt larger businesses), they’d be in the hole if shuttered.

Playing by the SBA’s 75-25 rules and the CARES Act restrictions on what overhead might be covered still means “the total business deficit from payroll and overhead is between $300 billion and $1.2 trillion over the last two months,” according to the coalition. (Emphasis coalition’s.)

Even with the economy reopening, small businesses could still be in the hole, the organization wrote.

“Looking ahead we see more businesses opening back up as states and cities relax guidelines, but simply lifting those restrictions will not translate into an immediate return to typical pre-virus economic activity. We believe that the return of modest revenue generation and anticipated overhead reductions through layoffs and other cost cuts will cover as much as half of the upcoming month’s obligations, and so we apply a 50 percent ‘haircut’ to the payroll and business overhead deficit for that upcoming month, reducing the forward-facing burden down to between $190 and $400 billion.

“Adding this to the payroll and overhead deficit for the last two months brings a total deficit of between $500 billion and $1.6 trillion in damages for payroll and overhead alone for businesses with fewer than 500 employees between mid-March and mid-June, which makes it impossible for many companies to survive. By using the average current ratio for U.S. small businesses of 1.23 to calculate total cash, inventory, and marketable securities, we see that on a quarterly basis small business should have between $270 to $450 billion to help absorb the losses. This will allow some businesses to remain open further into the recovery, but many will fail to recover, if they manage to reopen at all.” (Emphasis coalition’s.)

Correction: An earlier version of this story incorrectly described PPP loan revenue usages. It now appears that the loans can only be used for certain expenses, regardless of whether the recipient seeks to have the loan forgiven. The story has since been edited to reflect this.

“ANALYSIS FINDS OVER 2 MILLION SMALL BUSINESSES AT RISK OF CLOSING”

America’s Recovery Fund Coalition research announced May 27, 2020, warned that more than 2 million small businesses could be broke and at risk of closure next month — even with Paycheck Protection Program loans. (Kim Grosz/iStock)