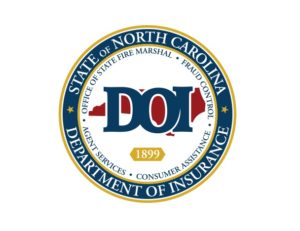 Davies (Body Works Plus) said repairers had served on a task force to provide the Department of Insurance with ideas for altering North Carolina laws.

Shops offered a wish list influenced by what Davies called the “best of the best” insurance rules from New York and New Jersey.

“We built that as the foundation,” Davies said.

The state has since approved multiple changes to North Carolina Administrative Code Title 11, which governs insurance in the state. Some of the new passages take effect April 1; others kick in Oct. 1.

Not all of the changes sought by the trade group made the final cut, and Davies said some of the ultimate alterations approved merely involved “making the language a little clearer.”

However, he also described some more significant victories for auto body shops, including a rule that insurers must notify a shop and customer in a trackable piece of mail before ceasing to pay storage on a total loss, and the creation of a set of ethical standards for licensed appraisers.

Davies said appraisers will have to learn the new rules when they renew their licenses.

The new appraiser ethical standards in 11 NCAC 06A .1002 took effect April 1. They require every licensed appraiser to identify himself and produce upon request “his or her National Producer Number, and the Department’s website address and phone number for verification of license status.”

Licensed appraisers must “prepare an independent appraisal of damages” and “comply with all local, State, and federal laws, in the motor vehicle damage appraiser’s business affairs.”

Under penalty of administrative action by the insurance commissioner, appraisers no longer are are allowed to be:

(1) disparaging the professional reputation of a motor vehicle damage appraiser or other persons associated with the claim;

(2) recommending the utilization of a particular motor vehicle repair service in violation of G.S. 58-33-76(a).

(4) impeding the appraisal process or the settlement of a property damage claim;

(6) advising or recommending a claimant to obtain or not obtain legal advice or counsel from a particular legal counsel;

(8) solicit a power of attorney from a consumer that authorizes the motor vehicle damage appraiser to sign insurance-related forms;

(9) attempting to influence a magistrate in the selection of an umpire pursuant to G.S. 20-279.21(d1), including using influence through a client or claimant;

(10) engaging in the salvage of automobiles if the salvage is obtained as a result of appraisal services rendered by the motor vehicle damage appraiser; and

(11) act in any manner outside the scope of a motor vehicle damage appraiser, as set forth in Chapter 58, Article 33 of the General Statutes. (Minor formatting edits.)

The new version of 11 NCAC 04.0419, which takes effect Oct. 1, declares a “‘Licensed Motor Vehicle Damage Appraiser'” to be “an individual who is licensed as a motor vehicle damage appraiser pursuant to Article 33 of Chapter 58 of the N.C. General Statutes or is licensed in another state whose licensing requirements are substantially similar to or exceed those established under that Article.”

It says an insurer must use a licensed appraiser if it doesn’t want to inspect a vehicle itself. The law clarifies that an “inspection” can be through photos or videos, but it must be in-person if the consumer demands it.

The old language of the law called on insurers to use “a competent local appraiser” to inspect a vehicle physically.

The new NCAC 04.0419 is also noteworthy for establishing a deadline for insurers to physically or virtually inspect a vehicle.

Davies said that when an in-house adjuster evaluates a claim, “it’s not their final word.” Any dispute will require an independent appraiser, a “disinterested party,” he said.

(1) The claimant and the insurer fail to agree as to the difference in fair market value of the vehicle immediately before the accident and immediately after the accident; and

(2) The difference in the claimant’s and the insurer’s estimate of the diminution in fair market value is greater than two thousand dollars ($2,000) or twenty-five percent (25%) of the fair market retail value of the vehicle prior to the accident as determined by the latest edition of the National Automobile Dealers Association Pricing Guide Book or other publications approved by the Commissioner of Insurance, whichever is less, then on the written demand of either the claimant or the insurer, each shall select a competent and disinterested appraiser and notify the other of the appraiser selected within 20 days after the demand. The appraisers shall then appraise the loss. Should the appraisers fail to agree, they shall then select a competent and disinterested appraiser to serve as an umpire. If the appraisers cannot agree upon an umpire within 15 days, either the claimant or the insurer may request that a magistrate resident in the county where the insured motor vehicle is registered or the county where the accident occurred select the umpire. The appraisers shall then submit their differences to the umpire. The umpire then shall prepare a report determining the amount of the loss and shall file the report with the insurer and the claimant. The agreement of the two appraisers or the report of the umpire, when filed with the insurer and the claimant, shall determine the amount of the damages. In preparing the report, the umpire shall not award damages that are higher or lower than the determinations of the appraisers. In no event shall appraisers or the umpire make any determination as to liability for damages or as to whether the policy provides coverage for claims asserted. The claimant or the insurer shall have 15 days from the filing of the report to reject the report and notify the other party of such rejection. If the report is not rejected within 15 days from the filing of the report, the report shall be binding upon both the claimant and the insurer. Each appraiser shall be paid by the party selecting the appraiser, and the expenses of appraisal and umpire shall be paid by the parties equally. For purposes of this section, “appraiser” and “umpire” shall mean a person licensed as a motor vehicle damage appraiser under G.S. 58-33-26 and G.S. 58-33-30 and who as a part of his or her regular employment is in the business of advising relative to the nature and amount of motor vehicle damage and the fair market value of damaged and undamaged motor vehicles. (Emphasis added.)

The revised 11 NCAC 04.0425 taking effect Oct. 1  defines “‘Disinterested appraiser'” in the statute above as “a motor vehicle damage appraiser who:

“(a) Is not employed by either the claimant or the insurer;

“(b) Has no financial interest in the outcome of the appraisal; and

“(c) Did not participate in the original appraisal.” (Minor formatting edits.)

This might have bearing on situations where an insurer relies on a firm with which it regularly does business to pull double-duty as its “disinterested appraiser” in an “appraisal clause” invocation.

The list of definitions in this chapter also include a notable change in the definition of a “part” for insurers. The old language described “a sheet metal or plastic part that generally is a component of the exterior of a motor vehicle, including an inner or outer panel.”

Davies’ group represents collision repairers in both North and South Carolina. Asked about a similar effort in the Palmetto State, Davies said, “We will.”

He said some changes are being examined already, including the idea of classifying shops. He said he was nervous about government control, but a proposal could have “us self-regulate.” He said he was researching the idea, and “we’ll see.”

The Carolina’s Collision Association logo is shown. (Provided by CCA)