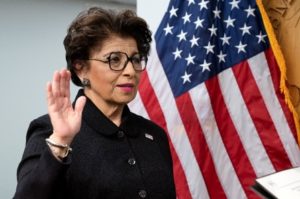 As some of the initial borrowers exhaust their Paycheck Protection Program loan funds, the Small Business Administration has issued its interim final rule on how companies can avoid having to pay it back.

According to law firm FordHarrison, the guidance came out May 22.

However, the interim final rule might not be so final. It’s possible Congress could loosen the PPP loan terms, based upon a bill the U.S. House passed Thursday 417-1.

Of course, some of the changes in House Resolution 7010, the Paycheck Protection Program Flexibility Act of 2020, might be too late for early adopter collision businesses which already spent their PPP funds, but it might aid other shops who received loans later in the spring. The PPP process opened April 3.

It involved 1 percent, two-year, SBA-guaranteed loans for up to about 2.5 months of payroll (capped at $10 million). Individual employee earnings above $100,000 don’t count as payroll.

The SBA has said loan principal and interest should be forgiven if the business spends 75 percent of the funds on payroll (which is also defined to include costs like benefits) and the rest on payroll, mortgage or other pre-existing debt interest, rent or utilities during the eight-week period immediately after the loan.

The business must also restore employee pay and full-time employee headcount to sufficient pre-pandemic levels (non-seasonal businesses can use either Feb. 15-June 30, 2019, or Jan. 1-Feb. 29, 2020 as the benchmark) by June 30.

Pay cuts of more than 25 percent remaining after that date reduce the proportion of the loan which will be forgiven, as do persisting decreases in full-time employees.

“Borrowers seeking forgiveness must document their average number of FTE employees during the covered period (or the alternative payroll covered period) and their selected reference period,” the SBA interim final rule states. “For purposes of this calculation, borrowers must divide the average number of hours paid for each employee per week by 40, capping this quotient at 1.0. For example, an employee who was paid 48 hours per week during the covered period would be considered to be an FTE employee of 1.0.

The agency won’t double-dip the reductions — it won’t count a laid off worker as also having their salary reduced to $0. It’ll handle headcount drops in the aggregate and payroll cuts individually.

In contrast, here’s how the SBA would handle a pay cut from $1,000 a week to $700 per week for a full-time employee working the same hours: “In this case, the first $250 (25 percent of $1,000) is exempted from the reduction. Borrowers seeking forgiveness would list $400 as the salary/hourly wage reduction for that employee (the extra $50 weekly reduction multiplied by eight weeks).”

The loans went live April 3, which means some of the first batch of recipients have hit the eight-week mark to spend the money and are nearing the point where they’d use the forgiveness process.

The SBA has confirmed this eight-week period could start either the day the borrower received the cash or the first day of their first payroll cycle.

The SBA interim final rule states that money paid to furloughed employees counts as “payroll costs,” as do hazard pay and bonuses.

“The Administrator, in consultation with the Secretary, has determined that this interpretation is consistent with the text of the statute and advances the paycheck protection purposes of the statute by enabling borrowers to continue paying their employees even if those employees are not able to perform their day-to-day duties, whether due to lack of economic demand or public health considerations. This intent is reflected throughout the statute, including in section 1106(d)(4) of the Act, which provides that additional wages paid to tipped employees are eligible for forgiveness. The Administrator, in consultation with the Secretary, has also determined that, if an employee’s total compensation does not exceed $100,000 on an annualized basis, the employee’s hazard pay and bonuses are eligible for loan forgiveness because they constitute a supplement to salary or wages, and are thus a similar form of compensation.” 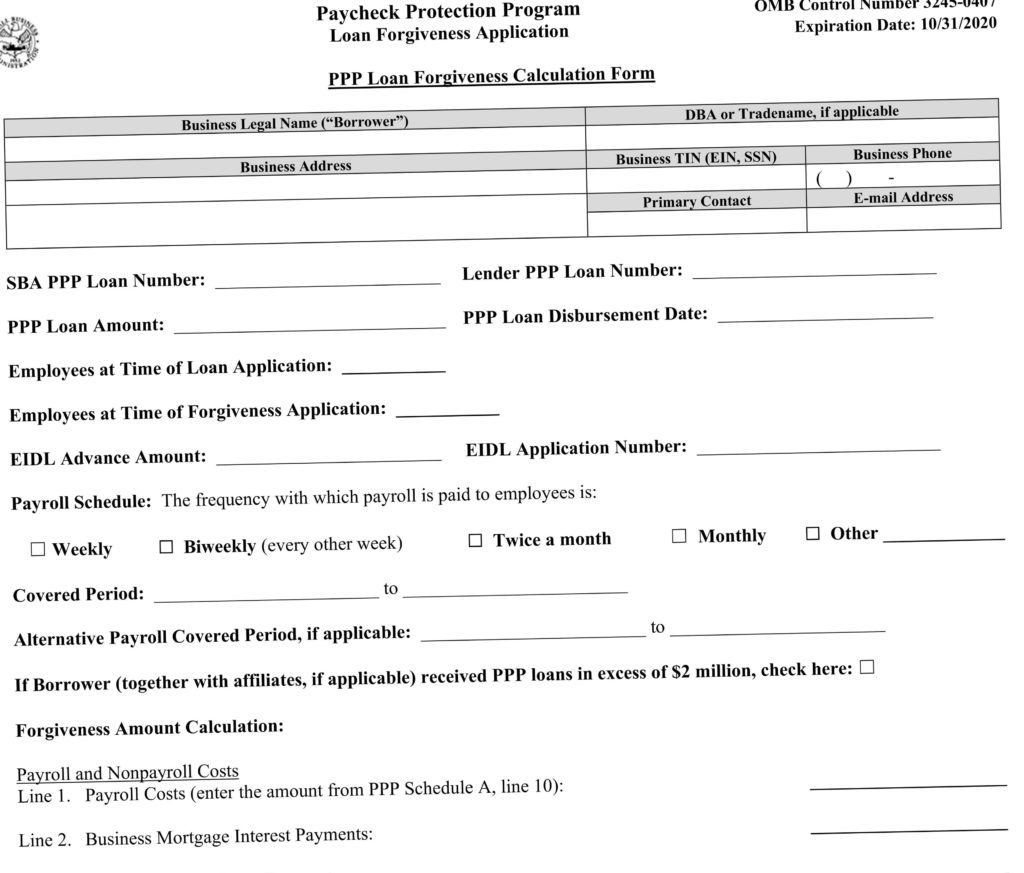 According to the SBA, you’ll need to complete the form issued by the agency May 15 (or an equivalent document) and bring it to your lender, who will make the decision on if the loan deserves forgiveness, subject to SBA review. Documentation necessary is spelled out on the form.

The feds have vowed to review every loan exceeding $2 million “in addition to other loans as appropriate” for need following embarrassing disclosures of large national brands receiving PPP loans. However, they’ll also presume anyone borrowing $2 million or less did so in good faith. That said, the feds can still examine any PPP loan they desire.

The lender has up to 60 days to make a decision after you apply for forgiveness, according to the CARES Act and the interim final rule. The SBA has 90 days to pay back the lender after that call has been made.

If your lender incorrectly deems you to not deserve forgiveness, you can appeal to the SBA.

“When the lender issues its decision to SBA determining that the borrower is not entitled to forgiveness in any amount, the lender must provide SBA with the reason for its denial, together with (1) the PPP Loan Forgiveness Calculation Form; (2) PPP Schedule A; and (3) the (optional) PPP Borrower Demographic Information Form (if submitted to the lender),” a separate recent interim final rule on SBA PPP review states. “The lender must confirm that the information provided by the lender to SBA accurately reflects lender’s records for the loan, and that the lender has made its decision in accordance with the requirements set forth in 2.a. The lender must also notify the borrower in writing that the lender has issued a decision to SBA denying the loan forgiveness application. SBA reserves the right to review the lender’s decision in its sole discretion. Within 30 days of notice from the lender, a borrower may request that SBA review the lender’s decision by reviewing the loan.”

On May 21, the Society of Collision Repair Specialists, the U.S. Chamber, and more than 130 other trade groups asked congressional leaders, Treasury Secretary Steven Mnuchin, and Small Business Administration Administrator Jovita Carranza for three changes to the Paycheck Protection Program.

“The current rules made sense when the program was created, and it was anticipated that stay-at-home orders would last only a few weeks,” the groups wrote. “However, their implementation in the current environment is making it harder for small businesses to survive. Small businesses that close permanently will never be able to rehire their employees.”

The trade groups asked lawmakers and officials to end the Small Business Administration’s “75%-25% rule,” let businesses spend the money over a longer period than the first eight weeks of the loan’s life and still have it forgiven, and “extend the June 30 safe harbor date for rehiring and restoration of pay.”

The Democrat-controlled House’s HEROES Act, which passed 208-199, contained all three of the trade groups’ ideas, adding specifics to the latter two.

While that $3 trillion bill appears to be dead in the Republican-controlled Senate, altering the PPP terms appears to have bipartisan appeal, considering the near-unanimous House vote on H.R. 7010 Thursday. 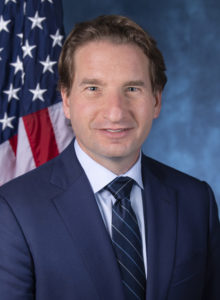 “At its core, representation begins with listening,” PPP Flexibility Act  co-sponsor Rep. Dean Phillips, D-Minn., said on the House floor. “… Our small business owners, the institutions of our Main Streets and the glue of our communities, are asking us to take action, to solve problems and to engage in some good old-fashioned teamwork. … This bill will help people in the ways that they need, and we have not a moment to lose.”

“For the past two months, I’ve heard from business owners in Central Texas who want to keep their employees on the payroll, continue serving their communities, and — mostly — stay afloat until they are allowed to be fully back open for business,” co-sponsor Rep. Chip Roy, R-Texas, said in a statement Thursday. “The Paycheck Protection Program (PPP) has helped many of them do just that, but I have heard from far too many business owners that the program, as it stood, needed changes to make it work for them. … Fortunately, our bipartisan bill puts Americans first and will ensure our favorite small business are around on the other side. I am thankful to my colleagues for their overwhelming support today, and I look forward to its swift passage in the Senate.”

The PPP Flexibility Act by would give small business PPP borrowers more than eight weeks to spend their loans and have all the debt forgiven. Recipients would have 24 weeks or until Dec. 31, whichever comes first. They’d also have until Dec. 31 instead of June 30 to rehire employees and still be eligible for full debt forgiveness. Both of these provisions existed with the HEROES Act.

While the HEROES Act dropped the “75%-25% rule” entirely, the PPP Flexibility Act merely reshapes it into a 60-40 split.

Thursday’s measure also increases the maturity of the loan to five years, up from the current two, just as the HEROES Act did. 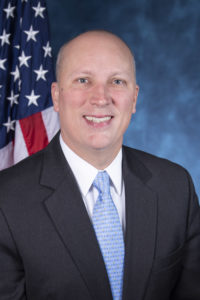 The bill also echoes the SBA’s guidance that a business unable to rehire an employee during the time period won’t be penalized. It also will give a pass to employers who cut staff and have “an inability to hire similarly qualified employees for unfilled positions on or before December 31, 2020.”

Both of these were in the HEROES Act, as was an allowance for businesses who weren’t as busy as they were before the pandemic. However, the PPP Flexibility Act is a little stricter on what kinds of lower-performing businesses qualify for that exemption.

The HEROES Act merely said a business could ignore a reduction in headcount for loan forgiveness purposes if it “is able to demonstrate an inability to return to the same level of business activity as such business was operating at prior to February 15, 2020.”

The PPP Flexibility Act will let job cuts slide if a company in good faith “is able to document an inability to return to the same level of business activity as such business was operating at before February 15, 2020, due to compliance with requirements established or guidance issued by the Secretary of Health and Human Services, the Director of the Centers for Disease Control and Prevention, or the Occupational Safety and Health Administration during the period beginning on March 1, 2020, and ending December 31, 2020, related to the maintenance of standards for sanitation, social distancing, or any other worker or customer safety requirement related to COVID–19.”

The new bill also allows borrowers to defer payments “including payment of principal, interest, and fees, until the date on which the amount of forgiveness … is remitted to the lender.” The CARES Act had set deferral to between six months to a year; the SBA chose to make it six months.

“Florida GOP Sen. Marco Rubio, who chairs the Senate Small Business Committee, has said he expects most of those proposed changes from the House to be acceptable to the Senate,” USA Today wrote. “One possible disagreement could emerge over the House provision extending the loan amount to 24 weeks, Senators have discussed a short period, such as 16 weeks.”