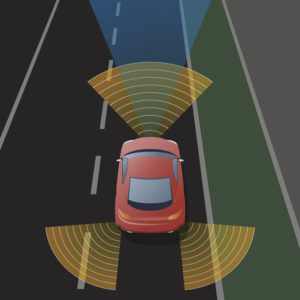 A Canadian startup on Monday announced a study of 100 estimates found 85 missing an line item for a required advanced driver assistance system calibration.

Overall, the estimators missed 88 percent of the 122 calibrations needed on the 2014-20 vehicles, according to adasThink. Some of the 100 vehicles needed more than one calibration, according to the company, whose business involves helping shops identify the presence of ADAS and the associated OEM procedures.

But some estimators even missed that “complete giveaway,” according to adasThink.

“We do note that many ADAS calibrations that were missed did involved a replacement of the ADAS sensor, indicating that many body shops or appraisers were missing even those simple calibrations,” the company wrote.

The results showed that the collision industry deserved an F grade “with respect to properly repairing ADAS systems,” adasThink wrote.

AdasThink said Monday it studied 100 “publicly-available estimates” of vehicles spanning the 2014-20 model years. It only included estimates for vehicles confirmed to have ADAS and to have needed a calibration based on other labor operations present on the estimate.

“As a general rule of thumb, ADAS calibrations will usually be required if an ADAS sensor has been removed or replaced, or if a sensor mounting part like a door, grille, or trunk lid has been removed or replaced,” adasThink wrote in the Monday report. “Many OEMs also require ADAS calibrations after a wheel alignment or structural repairs to the vehicle, where the geometry of the vehicle may have changed.”

The company said all estimates involved total losses and were written by a mix of appraisal firms and body shops. Sheets came from all major Canadian provinces.

“The estimates we reviewed were, in general, extremely detailed and several pages long – encompassing a full repair (subject to our findings),” adasThink wrote. AdasThink said it didn’t count any “‘pro forma’ total loss estimates that, for example, totalled a vehicle with a single line item for labour worth tens of thousands of dollars.”

We asked adasThink President Nick Dominato Tuesday if all the estimates were final bills/supplements, or if some were merely initial estimates by insurers.

Dominato called it “a mix. Many do have supplements included in the estimate, but I can’t guarantee that all of them are final estimates.”

It’s possible the true proportion of vehicles which need calibration but aren’t written for it is even higher, according to adasThink.

“This is for the simple fact that heavy hits are more likely to have damage that extends into the ADAS sensors specifically (as opposed to lighter collision that may only involve damage to the fascia or outer body panels), requiring a replacement of the sensor and an obvious calibration line item,” adasThink wrote.

Get help with some of the concepts described in this article next week during the Society of Collision Repair Specialists’ virtual Repairer Driven Education series. Collision repairers needing guidance on calibration information can check out “Scanning and Diagnostics: Get Educated and be Prepared, in Order to Get Paid,” featuring Aaron Clark and Eric Newell of AirPro. Estimators seeking reminders of potentially overlooked procedures might try “Estimating Resources for Collision Repairers: Integrating the BOT and DEG Into Your Repair Plan Process,” featuring Mike Anderson of Collision Advice, Danny Gredinberg of the Database Enhancement Gateway, Barry Dorn of Dorn’s Body & Paint and Michael Bradshaw of K&M Collision. Regular RDE classes cost $75, and the OEM Collision Repair Technology Summit runs $150. Or purchase a full series pass for $375 and go to anything you want. The entire virtual RDE lineup will be available to replay on demand through Aug. 31, 2021.

Indications exist that the U.S. collision industry might be significantly overlooking ADAS calibrations as well.

CCC’s 2020 “Crash Course” estimated that less than 7 percent of CCC estimates for 2019 or newer vehicles included a manual calibration entry in the fourth quarter of 2019.

CCC said it might have wrapped up its research before all supplements for Q4 2019 came in, so this proportion might have grown. However, only around 7 percent of current-year or newer appraisals in the third quarter of 2019 carried an “additional entry for ‘calibration,’ ‘reprogram,’ ‘flash,’ etc.,” according to CCC.

Dominato argued that CCC’s compilation of those manual terms captured a broader pool of operations than solely ADAS calibrations and left the results misunderstood by the industry. The percentage of estimates including the required ADAS calibrations would be lower, he said.

“They use aliases to identify calibrations – namely, ‘calibration’, ‘flash’, and ‘reprogram’,” he wrote in an email. “The problem is that flashing and programming do not indicate an ADAS calibration at all, they refer to a new module being flashed (or an existing module being re-flashed after a collision, like some airbag modules. And calibrate can refer to a number of items in addition to ADAS calibrations (e.g., Toyota refers to a calibrating the occupancy sensor as a ‘zero point calibration’). So, the true numbers should be much lower. …

“I should mention that, in all fairness, CCC never directly makes the claim that ‘calibrations’ in their study = ADAS calibrations. But I have had enough conversations in the industry to know that those figures are interpreted by many as ADAS calibrations figures (since they are referred to as calibrations).”

In 2019, CCC found that sensor and camera R&Rs and R&Is were appearing on estimates more than calibrations were. This might also potentially signal an American version of the trend adasThink observed in Canada: ADAS sensors removed without a corresponding calibration. (Though CCC’s definition of sensor is broad enough to include ADAS devices and older devices like TMPS sensors.)

CCC director and analyst Susanna Gotsch observed in 2019 that U.S. repairers might not be including calibrations on estimates but charging for them separately.

“I think it’s important to note, that just like with the scan entries – there may be instances where fees for scan or calibration are added to a claim folder or charges submitted to a carrier from a shop, but not entered as lines in the appraisal, so the data would not be captured in our analysis,” she wrote in 2019. (Emphasis Gotsch’s.) “The percentage of claims with those types of entries is likely higher for both scan and calibrate type operations.”

AdasThink said it didn’t think the Canadian shops and appraisal firms it studied were aware of the ADAS operations observed missing from their estimates.

“We do not think that our methodology understates the incidence of ADAS calibrations caught by collision repairers for several reasons,” adasThink wrote. “As a matter of first principles, ADAS calibrations are as much a part of the repair of the car as anything else. At least some of the estimates did contain entries for ADAS calibrations – showing that many repairers and appraisal firms did turn their mind to it. Second, two-thirds of the estimates contain an entry for a post-scan; by including post-scan entries for vehicles that were ultimately totalled, it indicates that the repairers or appraisers were still writing ‘complete’ estimates for the vehicles, even if they knew the vehicles would not be post-scanned by them. Finally, the implication that repairers and appraisers are knowingly writing incomplete estimates for vehicles that they know, or ought to know, will be sold to purchasers relying on the accuracy of that estimate, is disturbing.”

Dominato was skeptical his company’s results could be explained by repairers performing calibrations for free.

“I don’t find the notion of repairers performing ADAS calibrations but not charging to have an air of reality to it,” he wrote. “These calibrations cost $150-500 depending on the system, and I don’t see the idea of repairers eating that charge or not including it in the estimate en masse as being remotely plausible.”

Canadian and U.S. shops might be overlooking required calibrations, based on adasThink and CCC data, respectively. (chombosan/iStock)