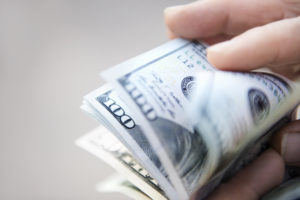 “Our customers are taking us into the collision space,” said Counihan, whose company issues loans between $350-$7,500 and partners with service centers to help pitch them. “… We now see that starting to grow.”

Granted, $500.01 in 2001 works out to more than $727 in 2019 dollars. But the trend is still quite striking. Looking at it from the other end, customers in nearly half of all collision claims in 2001 could theoretically get a repair done for no more than $250 out-of-pocket. By 2019, only around 20 percent of collision claimants had so little an obligation. 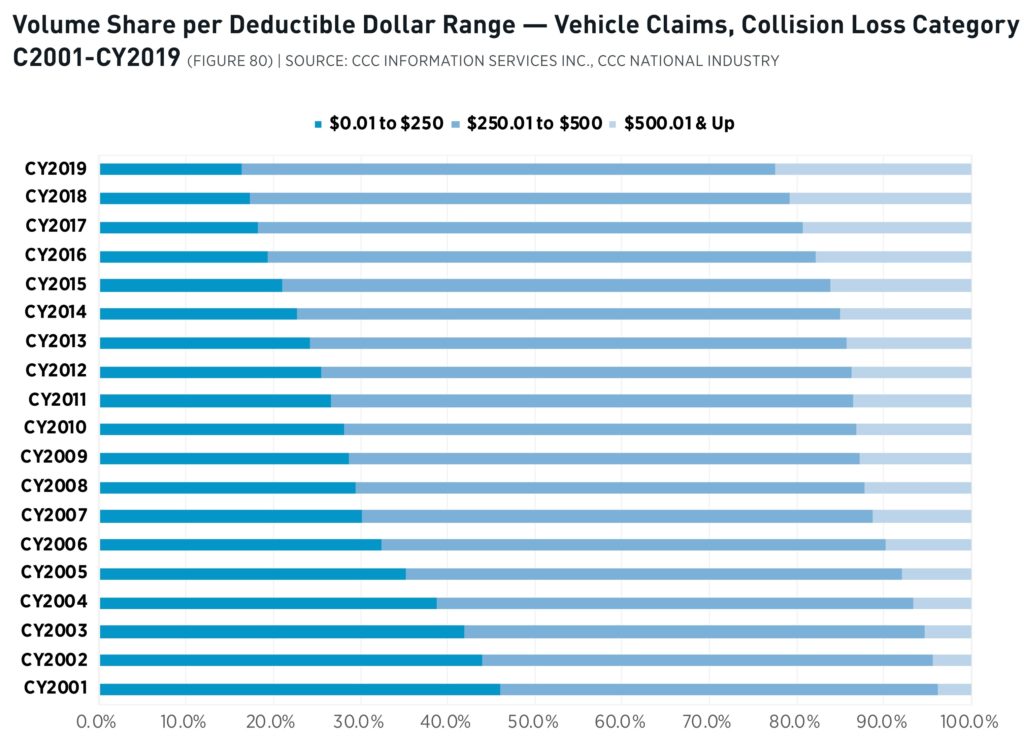 “When someone comes into your shop, they very well could be paying out-of-pocket if they have a thousand-dollar deductible,” Anderson said on an Oct. 29 webinar which displayed CCC’s data. “So, don’t underestimate that.” He advised repairers to prepare their front-end staff for this.

Are consumers with higher dollar deductibles more willing to have their initial inspection done by the insurer versus a shop? And, conversely, are those consumers with lower deductibles more willing to take their vehicle to a shop from the outset (see Figure 81)? While we don’t know how much the deductible factors into consumers’ choice of method of inspection, comparison of the volume of appraisals written per dollar range by inspection type suggests nearly 30 percent of photo appraisals fall below $1,000 (including any supplement changes), and nearly 60 percent fall below $2,000.

CCC’s 2020 “Crash Course” posed this question in mid-March — right before COVID-19 shook up initial inspection preferences and options. Still, the information provider’s question deserves consideration in both the current disruption and ahead of the post-coronavirus landscape. Perhaps even more so, considering reports of virtual claims popularity. 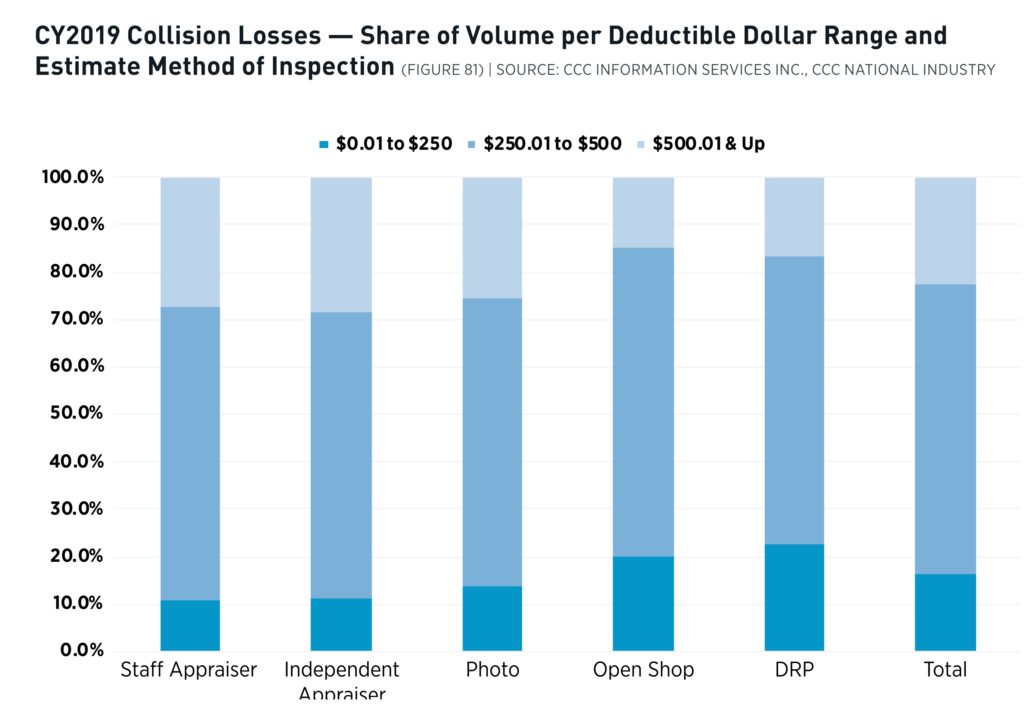 Deductibles “are creeping up” on the whole, Counihan said, describing insurance policies with thresholds of $1,500 and $2,000.

However, many Americans don’t have an extra $500-$600 on hand for expenses, according to Counihan, whose company issues unsecured auto repair loans of $350-$7,500 to consumers following a simple, four-question application process. “We approve you in under a minute,” Counihan said.

Counihan said his company has found a line of business in cutting loans which cover both a deductible and cost of a rental car. He described both as financial hurdles for a consumer.

As he described it, consumers can’t cover the deductible necessary to get their personal vehicle out of the body shop that fixed it. At some point, it becomes necessary for the consumer to incur the rental car expense, he said. (A spokeswoman described

“It’s an unexpected expense,” he said of the deductible.

Counihan said customers are often able to borrow a few thousand dollars via the credit card route. However, its common for them to also carry a balance consuming the majority of this amount and really only have a fraction available for use monthly. “You’ve got no security blanket,” he said.

He described customers as pursuing deductible-rental combination loans from his company rather than deductibles alone.

Asked why customers wouldn’t simply borrow the deductible amount and reclaim their vehicle before rental expenses became necessary, Counihan said he thought it was because consumers didn’t realize the loans were available early enough.

We asked if customers were also borrowing to cover repair expenses insurers refused to reimburse, but this wasn’t on Counihan’s radar the way the deductible-rental bundles were.

Counihan described his company as an FDIC-regulated lender. (Its website calls its loans issued by FDIC member WebBank.) He called it a better alternative to some competitors, which he said might act like payday lenders or be structured like a credit card (which isn’t helpful to a consumer whose credit isn’t good enough for one).

According to DigniFi’s website, the company doesn’t charge interest for 90 days, though it does require at least minimum payments. After that, interest runs between 9.99-36 percent APR, backdated to the start of the loan.

Can your customer actually afford their deductible? Perhaps not, according to the auto repair lender DigniFi. (CiydemImages/iStock)

CCC has found the number of collision loss claims with a deductible of more than $500 rose to 22.5 percent in 2019. (Provided by CCC)

CCC’s 2020 “Crash Course” looked at the initial method of inspection through the lens of a collision deductible. (Provided by CCC)