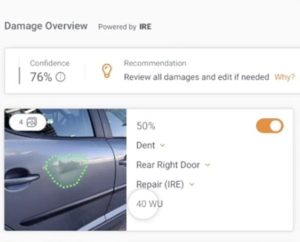 Though Solera is consolidating services under a single global software suite known as Qapter and has trained Qapter’s AI using global data, its estimates will continue to feature distinct North American labor times.

Solera on Thursday described “models that already incorporate over 300 million historical claims and one billion historical images, making it possible to speed distribution and deployment of the company’s Qapter platform to customers in nearly 90 countries around the world.”

“We won’t change that,” Malzone said in an interview Wednesday which explored Solera’s Qapter brand and artificial intelligence.

Solera’s ability to estimate repair costs and use the right labor times based on what it called “local repair science” was “in our DNA” and made the company valuable, he said.

“We’re gonna continue to leverage that,” he said.

This would be married with software able to replace the “eyes of the estimator” and inspect vehicle damage remotely “with the same quality.”

He said an estimate written by Qapter’s artificial intelligence off of customer photos would produce the same labor times and costs as a human who wrote for the same operations and parts using the traditional Audatex Estimating (now also known as Qapter) system.

“You wouldn’t tell the difference,” he said. 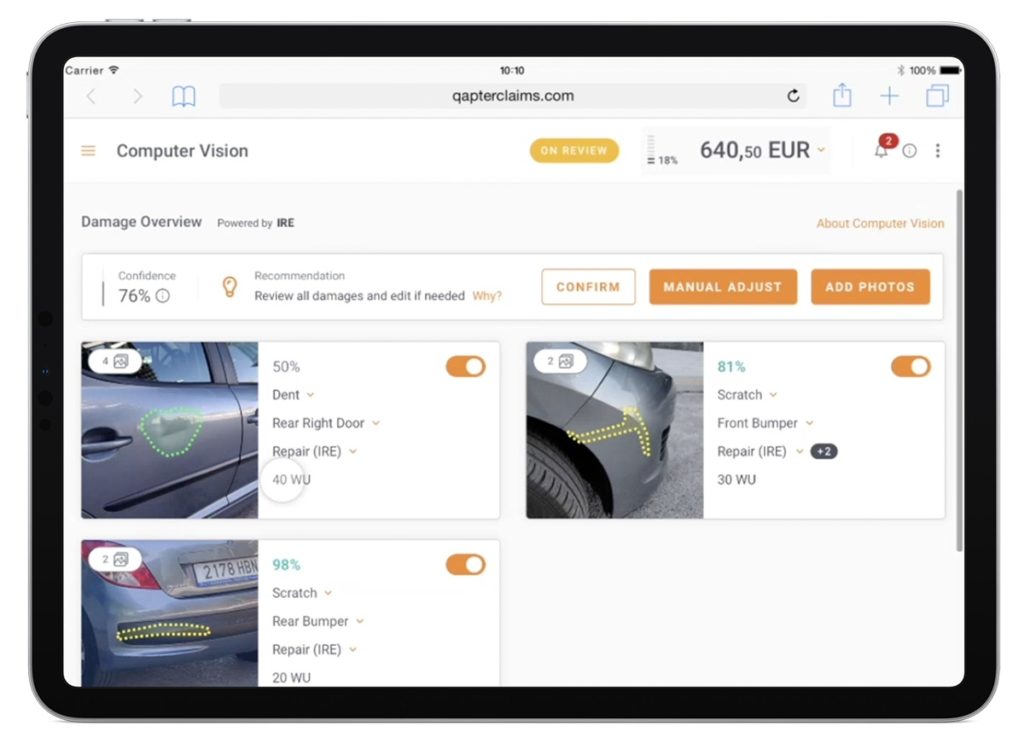 Malzone was critical of competitors who would rely purely on a big data approach founded purely on drawing conclusions from dta indiscriminately.

He gave the example of basing a bumper repair/replace decision merely on the outcomes of 10,000 other bumpers with such damage. Individual “bumpers can be very different,” he said. Solera instead took the position that an accurate and safe repair recommendation couldn’t exist without understanding of the vehicle, he said. It would preserve the North American “repair science” and layer it on top of the company’s data.

Solera was “not trying to replace the repair science” and appraiser experience, Malzone said. It was trying to make them more efficient, he said.

Malzone said Solera would continue to pursue accuracy in repair operations and labor times and not use artificial intelligence to predict them. Otherwise, it would need to train the system to make such predictions for North America and use other models to produce recommendations for other markets. “That’s not scalable,” he said.

Some competitors need two to three months to calibrate their system and need customers to provide data for repair/replace operations, he said. Instead, Solera uses a rules-based system rather than a predictive one, he said.

However, Malzone said the Qapter AI’s predictive analytics wasn’t completely limited to object detection. But he said Solera reassured customers that the repair operations proposed would be agreeable rather than derived in a way to raise “‘black box'” concerns.

We asked about the Solera North American team adapting the system to new models and new repair procedures within a changing fleet. Malzone described Solera putting 40 hours of research and development into labor times for new generations of models (with lesser amounts of R&D applied to refreshed vehicles). Solera didn’t necessarily reach every new vehicle in the market, but it was increasing its research penetration, he said. 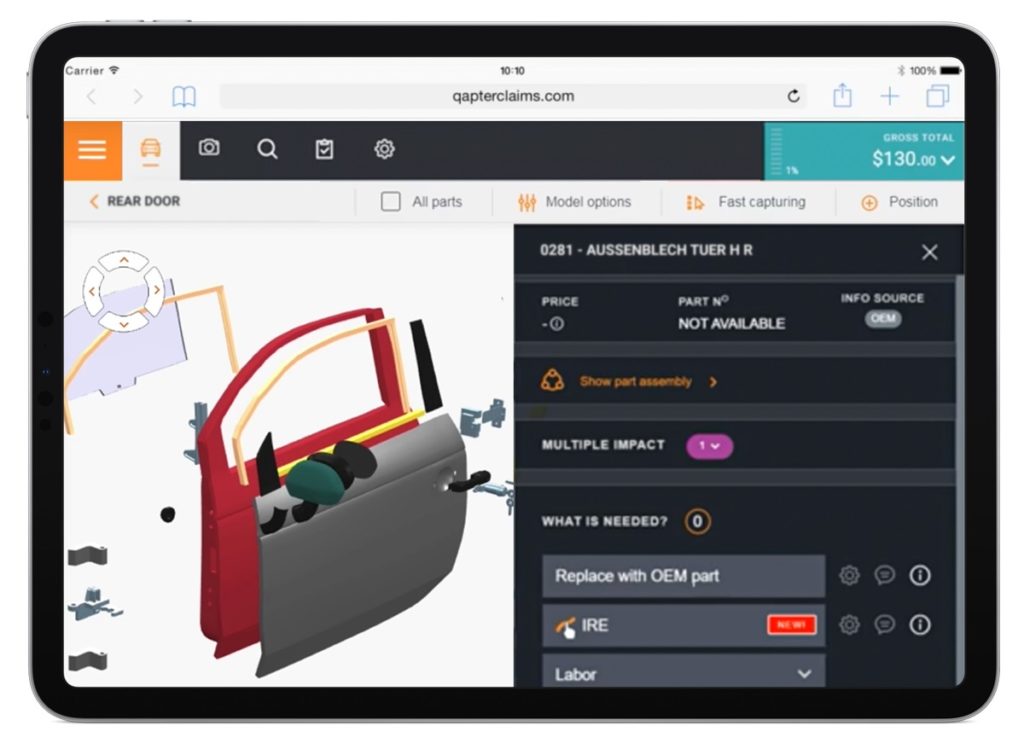 Customers can submit photos to the insurer or shop and receive an artificial intelligence-generated estimate. The consumers also will no longer have to indicate the damage themselves on images, he said.

“This is really the next step,” he said. He said Solera was piloting this with insurers now.

Following that, “the next breakthrough” would be to predict internal parts which might also be damaged based on the images of the exterior damage and its location, Malzone said.

For example, he said, the computer might anticipate that a vehicle with a fender dent near a headlight would need more repair operations than a vehicle with a dent in the fender’s center. This could be a difference of 200-300 percent in terms of work units, he said.

Malzone noted that one could just use basic claims history to predict the probability that if a particular part was damaged, another nearby part would show up on an estimate. But that’s just a prediction and carried a margin of error, he said. A body shop would want more certainty, he suggested.

He said Solera would likely have an announcement on this technology in the “coming months.”

“Google Cloud offers a highly stable framework for faster, less complex deployment. We can now detect damages in a fraction of the time versus the previous version,” Solera wrote in November. “Moreover, we have been able to significantly improve our AI training models, to speed up the distribution and deployment of Qapter across nearly 90 countries worldwide.

“… This update is about speed and cost efficiency, both in training AI solutions as well as delivering faster responses and more accurate results to the user.”

Malzone also described the Google serving infrastructure as an important benefit. He said Solera was handling about 11 transactions per second today. If 60 percent of its customers hypothetically began using the AI estimating, it would represent a “huge load.” This would increase cost and drag down the user experience, he said. Going with Google allowed Solera to scale with demand and do so in a cost-effective manner, he said.

Asked if any other Qapter capabilities announced in June had improved because of the Google partnership, Solera noted: “In the last few months we have trained our AI to detect make and model as well as parts of more specific North American body shapes, including various pick-up trucks.”

Malzone also discussed AI in the context of fraud prevention on Wednesday.

Solera offered a means of flagging pre-existing “‘pre-policy'” damage based on photos submitted of the vehicle prior to the wreck, Malzone said. This aided underwriters and helped prevent claim fraud, he said. The system also was able to detect makes and models for more than 2,000 vehicles based on images alone — no VIN required — which Malzone said also helped prevent fraud.

Featured images: A screenshot of Solera’s AI photo estimating within Qapter is shown. Note: Parts and labor costs are based on European standards and for illustrative purpose only. (Provided by Solera)