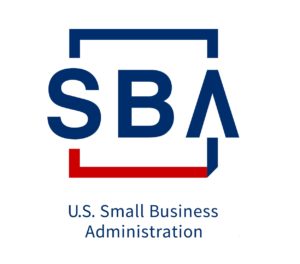 The Small Business Administration on Tuesday announced it had granted nearly 85 percent of the applications for Paycheck Protection Program loan forgiveness to date.

Borrowers of $50,000 or less have fared even better, with an 88 percent forgiveness rate so far.

So far, the SBA has forgiven more than $100 billion of the $170.5 billion requested in applications. The initial run of the PPP, which ended last summer, saw more than $525 billion loaned out to America’s small businesses.

“Today’s news is a key indicator that the PPP is working for all small businesses across our Nation,” SBA Administrator Jovita Carranza said in a statement. “For any eligible small business continuing to struggle due to the coronavirus pandemic, the Program has re-opened for new and certain existing PPP borrowers, and we encourage you to take advantage of the PPP to keep your workers on payroll, regardless of any local economic restrictions on your operations. SBA is continuing to work around the clock to forgive existing PPP loans and implement the next phase of this vital Program.”

The statistics bode well for collision repairers who sought or will seek COVID-19 financial relief under the popular initiative — particularly as December 2020’s House Resolution 133 will make the forgiveness process a little bit easier for some borrowers.

The PPP originally ran from April 3 to June 30 and was then extended from July 6 to Aug. 8. HR 133 approved reopening the program for first-time borrowers and allowing certain small businesses to take a second forgiveable PPP loan. The SBA restarted “first draw” lending Monday and will begin “second draw” lending Wednesday.

HR 133, the “Economic Aid to Hard Hit Small Businesses, Nonprofits and Venues Act,” simplified the forgiveness process for borrowers of $150,000 or less. Based on the language of the law, the application ought to be slightly faster to complete than existing forgiveness forms — possibly even the already highly streamlined one-page 3508S form the SBA created for borrowers of up to $50,000.

The $150,000-and-under forgiveness form described in HR 133 must be a page or less and only require three pieces of data: the amount of the loan, “the estimated amount of the covered loan amount spent by the eligible recipient on payroll costs” and “a description of the number of employees the eligible recipient was able to retain because of the covered loan.”

HR 133’s form would also have the borrower pledge their information was accurate and they complied with the relevant loan requirements.

“Second draw” PPP applicants must employ no more than 300 people and have suffered revenues down 25 percent during a 2020 quarter. Second draw loans max out at $2 million instead of the $10 million permitted in the “first draw,” but the funds can be spent on a broader set of expenses than was under the “first draw” program.

Full forgiveness requires at least 60 percent of the money used on payroll, with the remainder permitted to be spent on other eligible expenses. The company must also protect staffing levels and salaries.