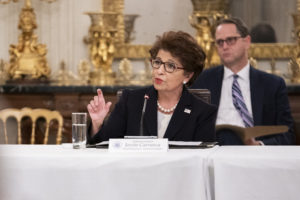 The Small Business Administration on Friday announced it would reopen the Paycheck Protection Program on Monday.

The first few days will be dedicated to borrowers who use community financial institutions, but the SBA said the popular program will be reopened to everyone else “shortly thereafter.”

Thus, auto body shops and other industry small businesses which hope to take advantage might wish to get their ducks in a row quickly to apply.

“The Paycheck Protection Program has successfully provided 5.2 million loans worth $525 billion to America’s small businesses, supporting more than 51 million jobs,” Treasury Secretary Steven Mnuchin said in a statement Friday. “This updated guidance enhances the PPP’s targeted relief to small businesses most impacted by COVID-19.  We are committed to implementing this round of PPP quickly to continue supporting American small businesses and their workers.”

The SBA said companies who have never received a PPP loan are eligible to apply as early as Monday, Jan. 11, for an initial/”First Draw” PPP loan from a community lender. Businesses who already applied for PPP loans can pursue “Second Draw” PPP loans from community institutions starting Wednesday, Jan. 13.

Full reopening of the PPP to all businesses could occur as early as two days after each of the two initial community lender PPP start dates, according to SBA guidance released Wednesday.

That means all other businesses might in theory be permitted to apply for first- and second-draw PPP loans as early as Wednesday, Jan. 13, and Friday, Jan. 15, respectively, depending on how the SBA feels next week.

Congress allocated a total of $806.45 billion for the Paycheck Program Program between March 2020’s CARES Act and December 2020’s House Resolution 133, which reseeded the program with billions more and created the “second draw” PPP initiative for small businesses.

America’s small businesses — including many collision repairers — borrowed more than $525 billion of that amount by the original PPP’s Aug. 8, 2020 deadline. However, they left more than $100 billion on the table.

Congress in December seeded the program with money left over from the original PPP and additional funding appropriated in December. All told, there’s $284.45 billion available for PPP lending going forward, including at least $15 billion earmarked specifically for community lenders.

“The historically successful Paycheck Protection Program served as an economic lifeline to millions of small businesses and their employees when they needed it most,” Carranza said in a statement Friday. “Today’s guidance builds on the success of the program and adapts to the changing needs of small business owners by providing targeted relief and a simpler forgiveness process to ensure their path to recovery.”

HR 133, the “Economic Aid to Hard-Hit Small Businesses, Non-Profits, and Venues Act,” limits the PPP “second draw” program to a narrower subset of businesses than the “first draw” PPP. But many body shops are likely to be eligible.

Only companies with workforces of 300 or fewer employees are eligible for the second draw (down from 500), and applicants can’t borrow more than $2 million (down from $10 million). Corporate groups’ companies collectively will be capped at $4 million for the second draw, which the SBA felt was appropriate considering they were capped at $20 million in the first draw.

Second-draw PPP companies must also have experienced at least one quarter with revenue down at least 25 percent compared to 2019.

“A borrower must calculate this revenue reduction by comparing the borrower’s quarterly gross receipts for one quarter in 2020 with the borrower’s gross receipts for the corresponding quarter
of 2019,” the SBA wrote in a PPP “second draw” interim final rule issued Wednesday. “For example, a borrower with gross receipts of $50,000 in the second quarter of 2019 and gross receipts of $30,000 in the second quarter of 2020 has experienced a revenue reduction of 40 percent between the quarters, and is therefore eligible for a Second Draw PPP loan (assuming all other eligibility criteria are met).”

Despite permission to remain open during the pandemic, many body shops likely experienced that 25 percent revenue decline.

April-June repairable appraisals — which would hopefully represent the worst quarter of the COVID-19 lockdown-related economy — were down 35 percent nationally over 2019, according to CCC. Third-quarter repairable appraisals were still down 20.3 percent over 2019, CCC said. “Average shop revenues are down 25-30% across the country although it varies by region and by the intensity of regional COVID cases,” collision industry financial firm Focus Advisors wrote in August. 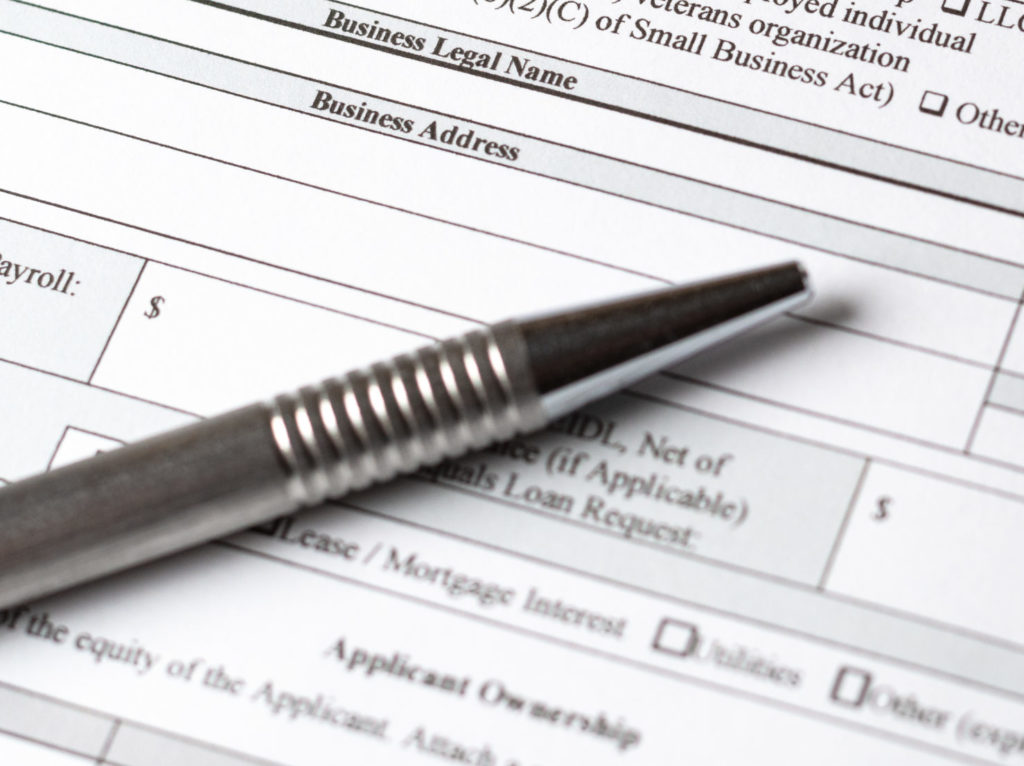 PPP rules are similar to before: Companies can borrow up to 2.5 times payroll, though individual employee earnings above $100,000 don’t count when calculating this amount. Loans are guaranteed by the SBA, hold 1 percent interest and mature in five years.

PPP loan recipients initially could spend the money on items like payroll (which is also defined to include costs like benefits), mortgage or other pre-existing debt interest, rent, utilities. Those who spend 60 percent of it on payroll and the remainder on other eligible expenses can apply to have the loan and interest completely forgiven. (Persisting staff or salary cuts would lower the amount of forgiveness possible.)

HR 133 now allows businesses to designate any period of time between eight and 24 weeks as the covered period to spend PPP money; the previous version had required them to pick one duration or locked them into 24 weeks. The bill also expanded the categories of eligible expenses businesses could cover with PPP funds, including “operations expenditures, property damage costs, supplier costs, and worker protection expenditures,” according to the SBA.

The application process should be easier the second time around.

If a company plans to borrow less than $150,000 in the second draw — which should encompass nearly all body shop applicants — the paperwork should be particularly easy. All you’ll have to do to prove you were down 25 percent in a quarter is “submit a certification attesting that the eligible entity meets the applicable revenue loss requirement,” HR 133 states.

Eventually, lower-dollar borrowers must “produce adequate documentation that the eligible entity met such revenue loss standard,” but that won’t be due until the time they apply for second draw loan for forgiveness.

“For loans with a principal amount greater than $150,000, the applicant must also submit documentation adequate to establish that the applicant experienced a revenue reduction of 25% or greater in 2020 relative to 2019,” the SBA wrote Wednesday. “… Such documentation may include relevant tax forms, including annual tax forms, or, if relevant tax forms are not available, quarterly financial statements or bank statements.”

The forgiveness process has also been simplified, particularly for those receiving no more than $150,000 either time.

The form would also have the borrower pledge their information was accurate and they complied with the relevant loan requirements.

The bill doesn’t appear to simplify the forgiveness process for borrowers in the $150,000.01-$2 million range.

Finally, the bill holds lenders harmless for trusting in good faith any PPP borrowers’ applications and attestations of compliance.

Remember, shops borrowing from community financial institutions will have priority Monday and Wednesday when the PPP loan portal reopens for first- and second-draw loans, respectively.

“Community financial institutions” are defined under the Small Business Act as:

(I) a community development financial institution;

(II) a minority depository institution, as defined in section 308 of the Financial Institutions Reform, Recovery, and Enforcement Act of 1989 (12 U.S.C. 1463 note);

So if that sounds like your shop’s financier and you’ve never received a PPP loan, you’re eligible to apply for one starting Monday. If you’d like to find such a lender, one option might be the SBA’s Lender Match Tool connecting small businesses with community banks and the like. (Within two days, applicants receive word of any interested lenders.)

If your shop already received a PPP loan from such a bank, then consider seeking a “second draw” one from it starting Wednesday.

Other shops who meet the SBA’s eligibility requirements for first- and second-draw PPP loans might wish to get ready to move as well. Many businesses were hurting last year, and it seems likely there’ll be a demand for the new PPP.