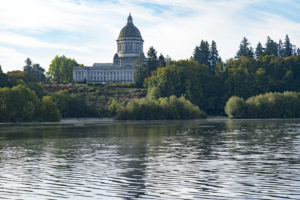 One consumer described a unspecified insurer holding firm on a quote and dragging out the process for months. The carrier ultimately agreed to pay about $3,800 more than their initial estimate — but still $2,000 short of the repair bill. Another described GEICO refusing to communicate or clarify a refusal to cover a repair bill prepared at a non-DRP shop. An appraiser described the insurance industry going 0-87 last year in offering his clients the full amounts they were later confirmed to deserve.

Their testimony in support of House Bill 1428 seemed to illustrate what bill sponsor Rep. Steve Kirby, D-Tacoma, called a process “heavily weighted” in favor of the insurer’s opinion on what should be paid.

Kirby, the chairman of the House Consumer Protection & Business Committee which held Monday’s hearing, described HB 1428 as a placeholder and said he would rewrite it. But he suggested a goal would be fixing this problem.

Washington Administrative Code 284-30-390 indicates customers can take their vehicle wherever they want. However, Kirby on Monday pointed to section (4)(c):

“To me, that says, and in practice it has in fact been used, to mean that ‘that’s just the way it’s gonna be,” Kirby said.

If the insurer doesn’t accept the amount, “‘there’s not anything you can do about it.’ Ultimately, that’s how it keeps ending up,” Kirby said.

A consumer could sue the carrier, but insurers have “armies of lawyers” and the policyholder might not, he said. He also argued that no attorney would take a case over a $2,500 claim.

“It’s just unfair,” Kirby said. He said he wasn’t trying to make the process unfair for insurers, but “I just want to level this playing field.”

“The insurance company has the burden to prove the unreasonableness of vehicle repair procedures, charges, or both,” HB 1428’s starting language states. “Repair processes as defined in subsection (6)(b) of this section are deemed reasonable and necessary.”

“Repair processes” means the explicit processes, tolerances, and other technical requirements or instructions for the repair of a motor vehicle including scans, calibrations, or diagnostic tests of vehicle electronic systems that the motor vehicle manufacturer makes available to dealerships, independent repair shops, and insurers generally. “Repair processes” does not include position statements, recommendations, directives, suggestions, or advice regarding the use of any particular brand, type, or manufacturer of parts, tools, or equipment.

The draft bill at another point specifically exempts insurers from having to pay for OEM parts, and Kirby assured the alternative parts industry that OEM parts wouldn’t be an element of the revised bill.

Mel Sorensen, lobbyist for the American Property and Casualty Insurance Association, told the committee Monday that 284-30-390 was “right on point” in managing the claims process.

“It’s a fair process,” said Sorensen (Carney Badley Spellman). He said the association and its members “don’t think that the bill is necessary.”

He said the trade group was “deeply concerned” about shifting the burden of proof to the insurer, arguing this will “invite disputes” and “invite litigation.”

“Thousands of claims are handled without controversy, resulting in high-quality repairs, and insurers have a terrific interest in making sure that repairs are done not only cost-effectively, but in a quality fashion that results in a safe and reliable vehicle being returned to service,” Sorensen said.

Customers and their advocates painted a different picture.

Mike Harber, a licensed professional appraiser who said he was representing the Professional Automotive Repair Alliance, told the committee he represented 87 insureds in disputes with their carrier — during the pandemic year of 2020.

“We won every single one of those claims,” said Harber (Harber Appraisal).

The lowest-dollar case saw his client receiving another $1,200 owed on the claim, he said. The largest recouped more than than $65,000 underpaid by the carrier, according to Harber.

Brian Mather recounted his claims experience following an accident involving his MY 2020 truck last summer. The insurer had him take pictures and a short video, then produced an estimate for $1,200.

The carrier told him to take the vehicle wherever he liked but “conveniently” sent information on its direct repair program facilities.

He said he took it to a local body shop with which he had a relationship and was assured it would be repaired per manufacturer standards.

“Given my truck was so new, this was important to me,” Mather said.

The body shop’s quote was “almost $8,000,” Mather said. He said the insurer spent “several months” with the position “they were committed to their quote” or having the vehicle fixed at their DRP shop.

He held fast on his chosen shop and had the repair completed. The insurer’s behavior dragged out a weeklong repair into one spanning almost three weeks, he said.

“They ultimately paid more,” Mather said of the insurer. But this required pictures of every damaged part and waiting for approval each step of the way, according to Mather.

“A picture of each individual plastic clip that was removed to get parts off the vehicle had to be photographed and sent before it was approved for reimbursement,” Mather said.

He said he only had one dispute resolution option, and it would cost more than he was owed to have a “fair resolution.” Or he could “walk away” and allow to persist “ongoing and deceptive acts against us, the consumers” as well as body shops forced to spend administrative time.

“This bill would help consumers like me have a level playing field with regards to getting my vehicle fixed correctly,” Mather said.

Harber had noted that he couldn’t take every case, and customers still had to pay for his services to collect the amounts the insurers should have been paying them anyway. 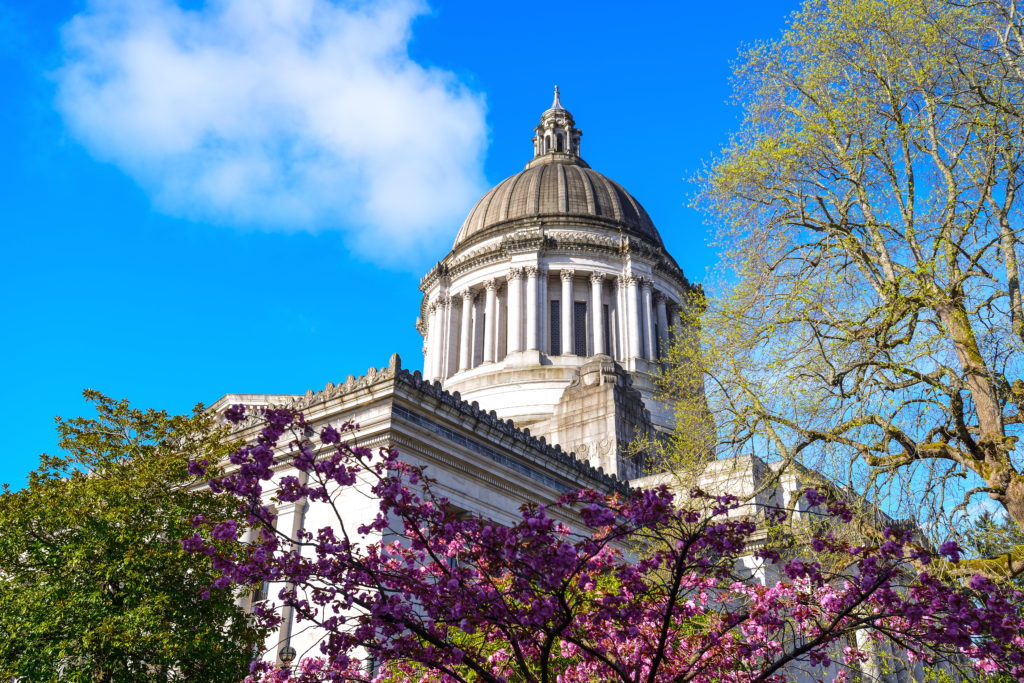 Tacoma, Wash.-based attorney Steve Hansen of the Law Offices of Stephen M. Hansen said he’s spent three decades representing consumers in vehicle repair disputes. “So many times,” clients tell him they would never hire an attorney but are inspired to do so by insurers’ unfair treatment.

Consumers lack a “fair and economical” — he defined the latter term as “cost-effective” — way of handing insurance disputes, he said.

Brett Caldwell described a “nightmare” with GEICO, to whom he’d submitted a hit-and-run claim six weeks ago. GIECO did not respond to a Tuesday request for comment on his account.

The carrier has shifted between three different adjusters and produced multiple estimates, but “nowhere near” what Caldwell’s body shop quoted, according to Caldwell.

“GEICO’s stance is they’re right, and the shop is wrong,” Caldwell said.

Caldwell said GEICO told him any amount exceeding what it says “will be out of my pocket” because he isn’t using their DRP facility. Instead of working with him, the carrier has repeatedly insisted its estimate is accurate, according to Caldwell.

Caldwell said when he asks about the insurer’s repair expertise, “they refuse to respond to me.” He said his request for a three-way phone call between himself, GEICO and the shop to go over the charges has been denied, with the insurer refusing to communicate via phone or in person. A written request for more information from the carrier also had been denied.

He also accused GEICO of creating an “arbitrary labor rate” that encapsulates all kinds of repair labor into a single amount. Yet they refuse to explain how that rate had been derived, according to Caldwell.

“I can’t even being to tell you how frustrating that is when, time and again, I’m trying to get information and just getting stonewalled,” Caldwell said.

About 50 days into the claim, he finds himself “no closer” to resolving it. “It feels like they’re just trying to wait me out,” he said. GEICO seems to want him to pay out-of-pocket or use a shop they desire.

He called GEICO’s behavior the opposite of what an insurer is supposed to do.

Caldwell said that the bill led him to realize that “hundreds” of other cases like his likely existed.

“We’re getting squeezed by the insurance companies,” he said. 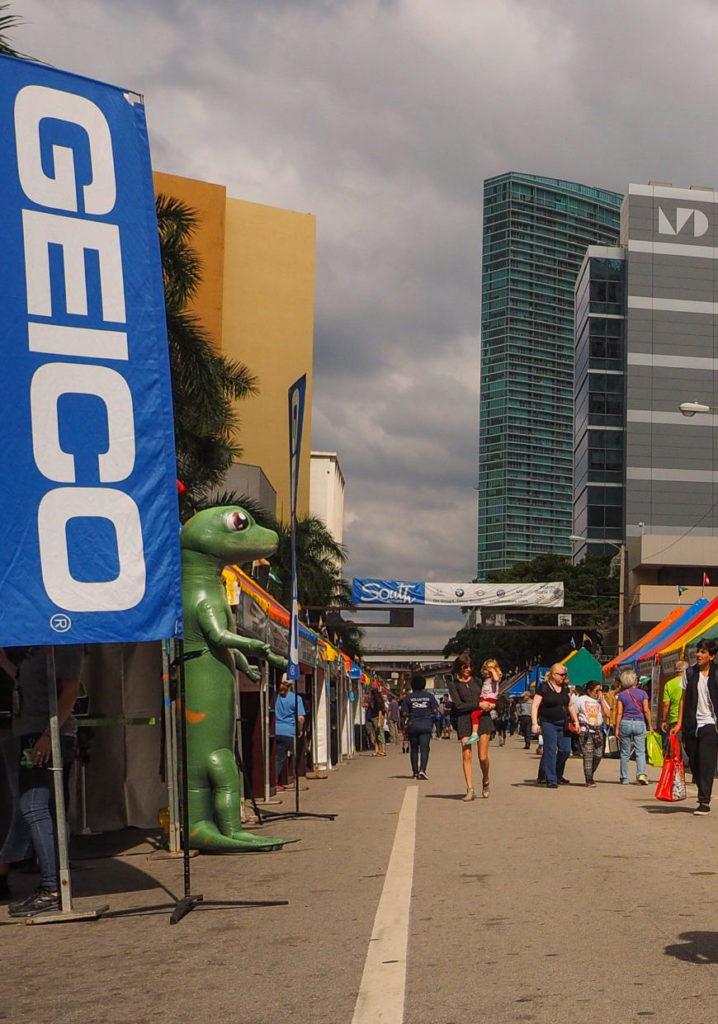 Scott Kinkley, a staff attorney for the Northwest Justice Project, said a bill like HB 1428 would benefit many of their clients.

He noted that for many, their vehicle is their most valuable asset and represents a means of household management and transportation for work. The absence of it following a loss places consumer under a significant time crunch, and many clients and some of his family and friends have experienced “great frustration” with the repair process.

“They feel leveraged,” he said. Insurers presenting consumers with lowball or “‘take it or leave it'” offers under this vehicleless time leaves them in a “significantly unequal bargaining position,” he said.

He advocated the bill’s concept of shifting the burden on an insurer to disprove the reasonableness of a charge.

“This bill works to balance that presently unequal position,” he said.

Leonard (‎Jean M. Leonard Lobbying Firm) described her own experience following being backed into two years ago. She said she chose a repairer — “I was picky” — and the at-fault insurer’s covered the cost.

She said the initial estimate came in twice what she thought it would be.

She said she thought her experience was “more common than most.”

She said she feared another layer of regulation would delay the repair and increase cost.

Northwest Insurance Council President Kenton Brine said current law provides “adequate protection” for consumers, as does “the desire among insurers to provide quality service at a reasonable price to our insureds.”

Brine said post-repair surveys examine factors like “quality of repairs,” “quality of service” and on-time delivery. Ratings are in the 96-98.5 percent range. Customers review the service from insurers and repairers favorably, he said.

“We think that speaks to the high quality of those services,” he said.