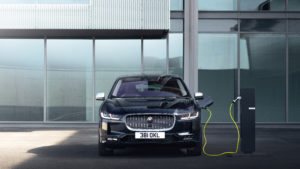 Jaguar on Monday announced its entire fleet would be battery-electric by 2025, about the time the OEM begins to roll out a run of fully electric Land Rovers.

“Jaguar and Land Rover will offer pure electric power, nameplate by nameplate, by 2030,” Jaguar wrote in a news release. “By this time, in addition to 100% of Jaguar sales, it is anticipated that around 60% of Land Rovers sold will be equipped with zero tailpipe powertrains.”

As noted above, new Jag sales will have already been effectively 100 percent electric for five years at this point.

“From 2025 all Jaguar models will be on a unique all BEV and only BEV platform,” JLR communications Vice President Stuart Schorr wrote in an email Monday.

Jag suggested the XJ could be an exception of some sort. “Although the nameplate may be retained, the planned Jaguar XJ replacement will not form part of the line-up, as the brand looks to realise its unique potential,” the OEM wrote.

For its part, Land Rover will introduce its first truly electric variant in 2024, according to Jag.

“In the next five years, Land Rover will welcome six pure electric variants as it continues to be the world leader of luxury SUVs,” Jaguar wrote.

By 2030, consumers will be able to buy a completely electric version of any Land Rover with an internal combustion engine. Note the OEM’s prediction that the majority of consumers that year won’t even want an ICE vehicle.

“For Land Rover, by 2026 the brand will offer 6 BEV vehicles (could be stand alone BEVs or BEV version of an ICE vehicle) and by 2030 60% of the LR sales will be of those type of BEV vehicles (stand alone or variants) meaning LR will … offer ICE (vehicles) which we estimate will make up 40% of … sales by 2030,” Schorr wrote.

JLR as of 2020 already offers at least one electrified variant of every Jaguar and Land Rover model carrying an internal combustion engine. At a minimum, this alternative would be a hybrid, such as the 2021 Land Rover Defender X-Dynamic seen below. It could also mean an plug-in hybrid — one able to run off a small chargeable battery for a couple dozen miles before having to switch back to the combustion engine — or a completely electric powertrain. 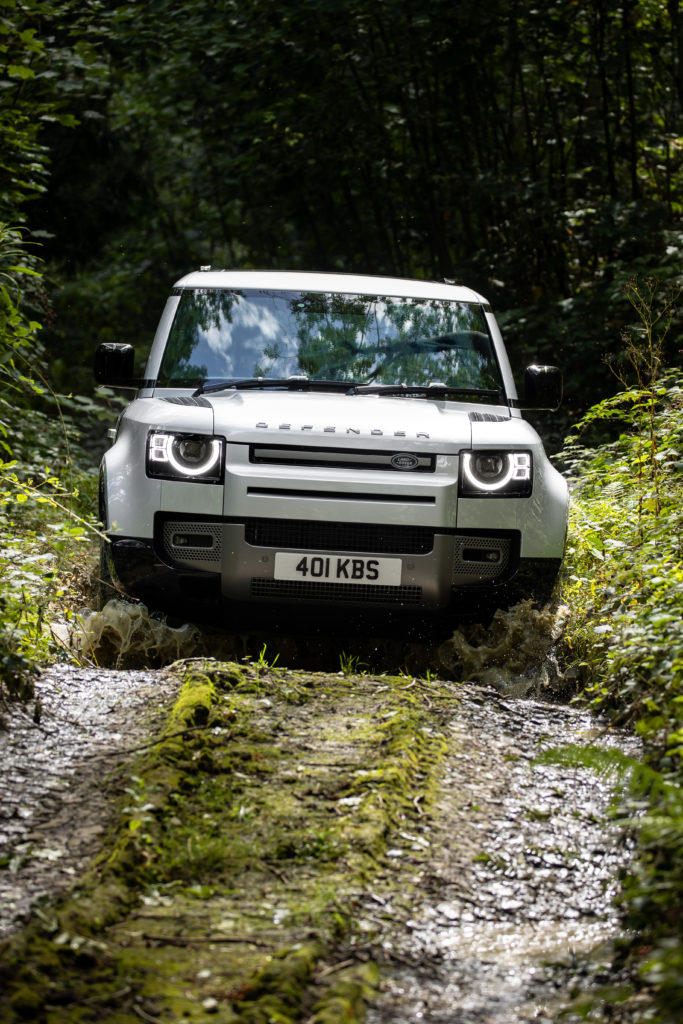 The shift in powertrains could mean safety, structural and even cosmetic considerations for auto body shops; check the JLR OEM repair procedures. In a 2019 video, SCRS advised that work on an electric model should be done by qualified personnel and on vehicles placed into what Jaguar Land Rover called an “electrically dead state.” SCRS defined this as a vehicle placed at 0 voltage and disconnected from all live systems.

They might also produce radical structural changes besides those associated with accommodating the battery itself. (For example, the “skateboard” BEV design common among OEMs.)  JLR last month described a desire to replace “aluminium and steel with composites capable of handling the increased torque generated by high-performance batteries, while improving efficiency and reducing CO2 impact.

“Jaguar Land Rover aims to increase vehicle stiffness by 30 per cent, cut weight by 35kg and further refine the crash safety structure through the strategic use of tailored composites, such as carbon fibre. Reducing the vehicle body weight will allow the fitting of larger batteries with increased range – without impacting CO2 emissions.”‘

JLR said Monday its goal was to break even on carbon emissions as of 2039 — i.e., any emissions it does produce are offset by cuts somewhere else.

The OEM said it also anticipated “expected adoption of clean fuel-cell power in line with a maturing of the hydrogen economy” and was developing the technology. It said it should have prototypes sometime within the next year. Hydrogen fuel-cell vehicles typically emit nothing but water vapor.

Featured image: A vehicle in the 2021 Land Rover Defender X-Dynamic lineup is shown. The X-Dynamics all are mild hybrids. (Provided by Land Rover)