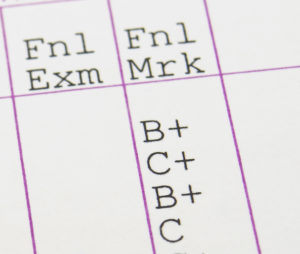 Ten out of the 15 insurers collision repairers felt treated claimants best in 2019 received high enough marks to reach the Top 15 again in 2020 — despite the pandemic. CRASH Network conducted the most recent poll in November and December 2020.

“Consumers go a decade, on average, without interacting with their insurance company’s claims department, but collision repairers do so every day,” CRASH Network editor John Yoswick said in a statement. “That gives shops meaningful perspective on which companies do the best job taking care of policyholders – and which ones have some room for improvement. We see the ‘Insurer Report Card’ providing useful information for drivers as they consider which insurer to choose.”

This year’s poll saw 1,101 auto body shops answering the question for at least one insurer, a similar turnout as in 2019. The most insurers scored by any one respondent was 30.

North Carolina Farm Bureau and Erie pulled the same grades they earned in 2019. Chubb improved from an A- to an A. Michigan Farm Bureau didn’t receive enough responses in 2019 to be scored in the national rankings. (CRASH Network requires grades from at least 35 shops to qualify.)

“Best service in the business; quickest, bar none,” a shop manager described North Carolina Farm Bureau, according to CRASH Network.

“They are interested in doing the right thing in terms of quality repairs and customer service,” a shop owner said of Michigan Farm Bureau.

The North Carolina and Michigan Farm Bureaus were reviewed by a few dozen shops within their namesake states. Chubb and Erie drew scores from 400 shops and 292 shops, respectively, across multiple states.

“Some of the highest-graded insurers sell policies in only a limited number of states, but most consumers will find at least one or two insurers among the 15 highest-graded who offer auto insurance policies in their state,” Yoswick said in a statement.

“They keep their customers’ best interest paramount,” a Wisconsin shop said about Erie. “I am going to switch my personal coverages to this company.”

“Chubb makes it a priority to repair vehicles properly, following the auto manufacturers’ guidelines, without pressure to cut costs,” a Maryland shop said.

“They hold up repairs the longest of all insurance companies currently, and they choose the cheapest, nonfitting parts time and time again,” a New Hampshire shop manager said of one of the nation’s largest insurers.

The “Report Card” polling also looked specifically at the reviews direct repair program auto body shops gave large partner insurers. The DRP shops did indeed score the insurers higher than non-DRP shops — in some cases, a full letter grade higher. However, none of the insurers received an A-level grade from a DRP shop, and GEICO received the same C- from network shops as it did from non-DRP shops.

Sign up for the 2022 CRASH Network “Insurance Report Card” survey