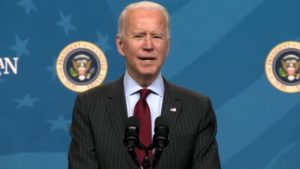 The Biden administration on Monday announced a two-week window in which only companies with fewer than 20 employees would be considered for first or second Paycheck Protection Program loans.

The loan application exclusivity period begins Wednesday, Feb. 24, at 9 a.m. and runs for 14 days. Past PPP data and industry Census Bureau statistics indicates that much of the collision repair industry would be eligible to take advantage of this if they haven’t already secured 2021 PPP funding.

The Small Business Administration said it would take other steps in the first week of March to help businesses collect PPP funding.

Sole proprietorships, independent contractors and the self-employed will be able to borrow more money under a upcoming funding formula revision, the SBA said. Census and PPP data also suggests this too will be a boon to many collision repairers.

The SBA will no longer disqualify applicants with student loan default or delinquency or a felony conviction (other than fraud) in their past. The agency said eliminating the felony barrier was “consistent with a bipartisan congressional proposal.”

Finally, the agency will also clarify that legal but noncitizen U.S. residents can use individual taxpayer identification numbers to apply for a PPP.

“The SBA is a frontline agency working to create an inclusive economy, focused on reaching women-owned, minority-owned, low- and moderate-income, rural, and other underserved communities in meaningful ways. While reported data illustrates we have made real strides in ensuring these funds are reaching underserved communities, we believe we can still do better,” SBA senior advisor Michael Roth said in a statement. “The important policy changes we are announcing further ensure inclusivity and integrity by increasing access and much-needed aid to Main Street businesses that anchor our neighborhoods and help families build wealth.”

Democratic President Joe Biden on Monday said small businesses with a “handful of folks” make up 90 percent of America’s business. However, many small companies found themselves “muscled out of the way” by larger firms during the PPP application period, he said.

The original PPP initiative ran from April 3-Aug. 8, 2020, and disseminated more than $525 billion to American small businesses in forgiveable loans tied to payroll size. Congress last year approved reopening the PPP to newcomers and permitting firms to seek a second loan, seeding the effort with $284.45 billion.

The industry continued to request and receive PPP dollars right up through its Aug. 8 deadline.

At least 77.8 percent (15,829 companies) of all those “Automotive Body” businesses employed between 1-19 workers and would be able to take advantage of the new PPP exclusivity window.

The actual proportion of eligible shops could be even higher. The SBA’s PPP data lists 3,370 more “auto body” companies with either a blank or “0” employee count. It’s a safe bet that many of these records are probably errors and a workforce exists at those companies. However, it also seems like a safe bet that at least some of these companies employ less than 20 people too.

The average body shop business had about 7 employees in 2018, according to the Census Bureau.

A smaller but still significant chunk of the industry is also poised to benefit from the plan to increase the PPP funding formula for sole proprietorships, independent contractors and the self-employed. The SBA data indicates 4,002 auto body businesses who received PPP funding in 2020 were organized under one of those three formats. They employed at least 8,813 people altogether.

Census data indicates 6,459 companies in the “automotive body” segment are recognized as “individual proprietorships,” which includes the self-employed and sole proprietorships. (We couldn’t tease out an independent contractor count.)

The 2021 PPP, which opened to applicants Jan. 11, will run until March 31 or the point at which all the money is exhausted. More than $140.28 billion — nearly half of the amount — had been disseminated as of Sunday, according to the Small Business Administration.

The new PPP features “first draw” loans of up to $10 million to businesses with 500 or fewer employees who didn’t get a loan during the first go-round. These loans mostly follow the same rules as the 2020 PPP run.

“Second draw” loans max out at $2 million and are only available to companies with 300 or fewer employees. The company must have experienced a 25 percent decline in gross receipts at least one quarter in 2020.

The SBA said companies could prove the reduction in gross receipts with quarterly financial statements, bank statements or tax filings. On average, repairable auto claims — a key indicator of collision repair revenues — were down 35 percent nationwide in the second quarter of 2020, according to CCC. Claims were still down nearly 20 percent in both the third and fourth quarters.

No collateral or guarantee is required for a PPP loan, and there’s no fee to apply. Companies can borrow the equivalent of 10 weeks of payroll capped at $100,000 per employee. The money can only be spent on “payroll costs, including benefits, and may also be used to pay for mortgage interest, rent, utilities, worker protection costs related to COVID-19, uninsured property damage costs caused by looting or vandalism during 2020, and certain supplier costs and expenses for operations.”

“For businesses with fewer than ten employees, the share of funding is up nearly 60%,” the SBA wrote in a news release Monday.

If you’re a small business looking for a PPP lender, try using the SBA’s Lender Match or map tools.