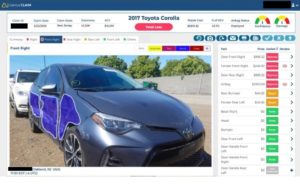 “As a leader in AI-based auto claims technologies, we are committed to streamlining the appraisal process and to helping reduce claim processing time, increase carrier profitability and revolutionize the claims experience for insurance customers worldwide,” Claim Genius CEO Raj Pofale said in a statement. “Through our collaboration with Mitchell, Claim Genius will continue to deliver on this commitment while providing the industry with an innovative, scalable and cost-effective solution for claims automation.”

Claim Genius joins Tractable and Mitchell’s own Mitchell Intelligent Damage Analysis as options on what Mitchell is setting up as a sort of AI App Store.

Insurers are free to use any of the competing systems available on MIOP for damage analysis and have that output translated into a Mitchell estimate, global product strategy and artificial intelligence Senior Vice President Olivier Baudoux said Thursday.

For example, Mitchell recently announced that the Hartford had chosen Tractable off the MIOP for what Tractable’s CEO called a “significant volume” of claims.

“Mitchell’s open, cloud-based platform gives insurers the ability to create an automated claims experience that meets their needs,” Baudoux said in a statement. “By teaming up with Claim Genius, customers will enjoy more AI options. This further demonstrates our pledge to ongoing innovation through standardization of the latest AI solutions under the MIOP, a single, easy-to-integrate platform. Mitchell Intelligent Estimating, together with Claim Genius’ AI, will help enable carriers, automakers and multi-shop organizations (MSOs) to increase customer satisfaction, decrease expenses and lower cycle times.”

Baudoux on Thursday likened the various MIOP offerings like a choice between and Android or iOS phones — there’s no right answer. Pick the best option for your use case.

“They all bring something different to the table here,” Baudoux said of the three options on Mitchell Intelligent Open Platform. 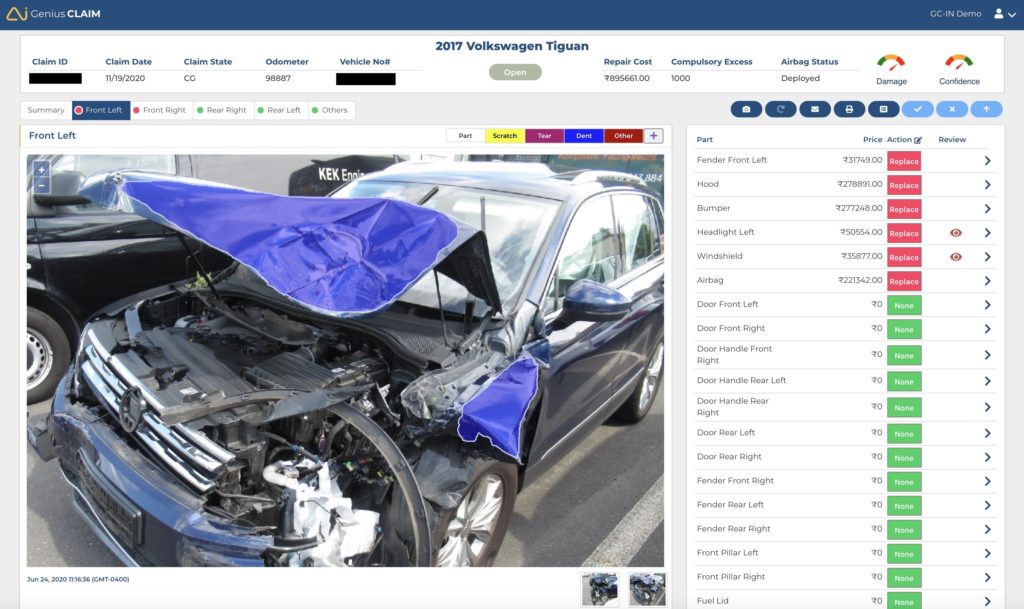 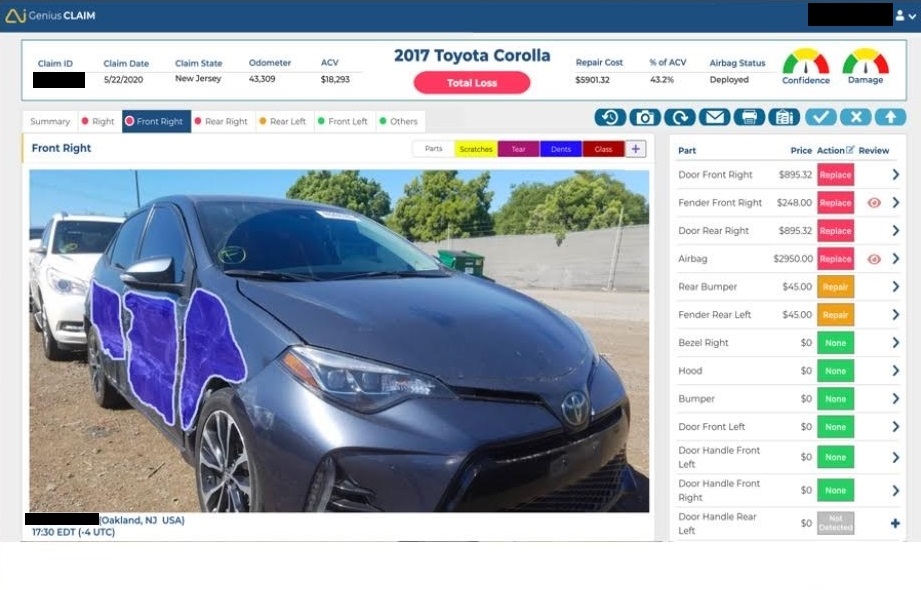 For example, Claim Genius North American head of sales and Vice President Mandy O’Brien said Wednesday that her company is about to launch an AI video estimating option. She said video proved “actually more accurate” than photos, for it provided multiple angles of the same part. She also observed that the company’s India home base allowed it to scale and offer more cost savings. A description of Claim Genius in the Mitchell news release Wednesday also said it could detect “hidden damage deep inside the vehicle.”

Baudoux said MIOP offered a way insurers could leverage “any innovative AI vendors and solutions.” He observed that the flexible format also allowed a carrier to engage in AI without getting tied down to a single provider in a rapidly changing technological field.

Baudoux described considerable interest among other AI companies and said he could “guarantee” another announcement soon. Establishing another software provider on the system is a quick process, he said — in fact, it’s faster than getting an insurer up and running with its AI pick. Baudoux said it typically takes 3-6 months for a carrier to deploy a MIOP photo estimating solution. If the insurer’s preferred provider wasn’t already on MIOP but wanted to be, Mitchell and the software company could get everything worked out on the back end amid the insurer’s rollout, according to Baudoux.

Baudoux described the AI photo estimating process for a company on Mitchell Intelligent Open Platform as follows. Collect photos. Run the images through the computer vision engine within MIDA, Tractable or Claim Genius. Then convert the generic prediction, such as “‘I see a dent on the rear fender,'” into a vehicle-specific estimate that takes into account part numbers and prices and contains specific line items, he said.

Baudoux said the various AI companies don’t get access to Mitchell’s database of estimates and images as a perk for joining the platform. That stays proprietary. Each company has its their own data sets and their own analysis techniques, he said.

That’s the beauty of the system, according to Baudoux. The end solution is “absolutely generic.”

Baudoux said the different companies featured on MIOP were free to work out their own terms with insurers, such as contract length.

He said he does advise insurers not to lock themselves in for too long a duration given the pace of change and evolution in AI. He sees some are willing to commit to longer terms, but contracts tend to be “relatively smaller,” such as 1-3 years.

Testing was a different matter. Companies could come to Mitchell and see how their claims would fare when run through the various AI options. “We’re always happy to do that,” Baudoux said.

Asked if a customer could use more than one of the options at once, Baudoux said “in theory” this would be possible but nobody had asked for it yet.

Right now, the Mitchell Intelligent Open Platform AI options are only available to insurers. However, it’s “absolutely expected” to open to body shops, according to Baudoux.

He said “many of those conversations” were underway.

Baudoux observed a different mindset between shops and insurers. Carriers understand AI is a “multiyear journey,” an investment for the “long run.”

Smaller, more independent shops are looking to execute in a “much shorter time” and want to see the profitability and efficiency, he said. MSO thinking seems to fall in between these two poles, he said.