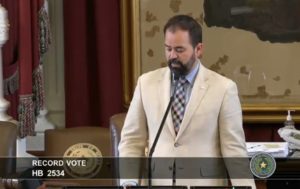 The Texas House of Representatives on Friday voted 91-50 in favor of a bill requiring insurers to include appraisal clauses within their auto policies.

House Bill 2534, if passed by the Senate and signed into law, would require that language to declare that the loser covers most or all of the winner’s appraisal costs. If the right to appraisal action described in the bill reaches the point where an umpire is needed, both the insurer and policyholder would still split those costs.

“Loser pays,” sponsor Rep. Travis Clardy, R-Nacogdoches, described it to the House Insurance Committee April 20. The committee approved the bill without amendment April 27 in a 5-4 vote.

House Bill 2534 would would take effect Sept. 1, but policies “delivered, issued for delivery, or renewed” wouldn’t have to comply until Jan. 1, 2022.

Under the status quo, Texas insurers hadn’t been required to carry appraisal clauses at all, according to the Texas Department of Insurance. About four years ago, Texas’ largest insurer, State Farm, revamped its policy to strip the right to appraisal from customers with repairable vehicles. State Farm policyholders could only exercise the rewritten appraisal clause on total loss claims.

Texas public adjuster Robert McDorman, general manager of Auto Claim Specialists, said he and members of the Auto Body Association of Texas met with the TDI about two years ago. He said that at first, the TDI insisted a State Farm policyholder could use their appraisal clause.

“During this meeting, at the proper time, I requested TDI review a certain complaint file against State Farm that was one of these,” McDorman wrote. “This insured complaint was over the use of pre-owned suspension parts on the insured’s vehicle. The TDI management turned to the complaint in the binder and told us they had responded to the insured and noted the State Farm policy contains an appraisal provision in the policy. TDI further noted they informed the insured if they are not satisfied with the loss statement by State Farm, their recommendation to the insured was to invoke their right of appraisal in a contest of the loss statement.”

McDorman said he told the agency then this advice was incorrect.

“I explained to TDI, the insured came to Auto Claim Specialists before turning in the complaint to TDI about their loss,” he wrote. “…  I informed TDI their advice to the insured to resolve the loss dispute was not a policy right under policy 9843A.” 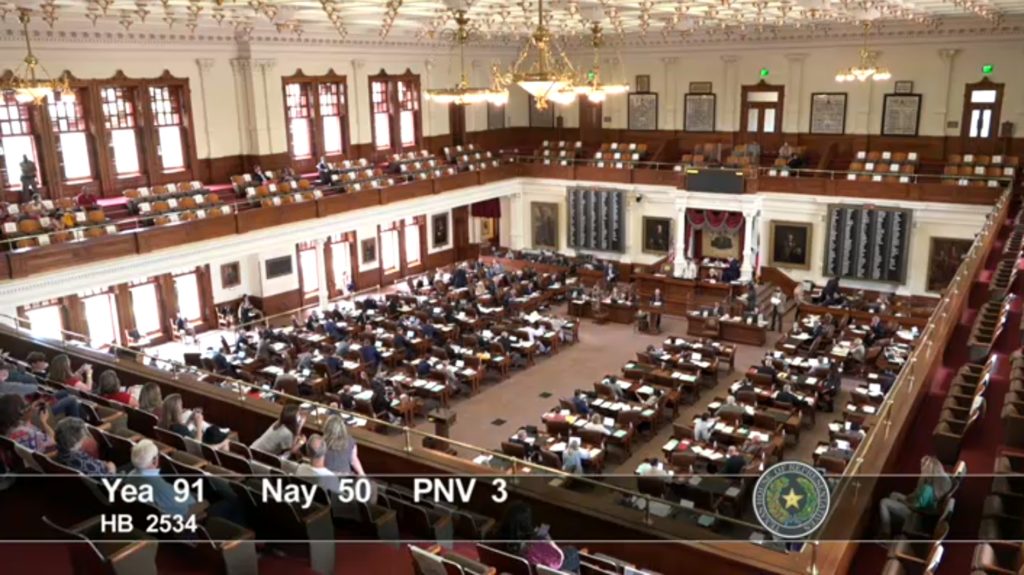 Numerous Texas repairers filed public comments supporting the bill. Some warned that other insurers would follow State Farm’s lead and remove the right to appraisal without it.

“Our customers are having to invoke their appraisal clause at least 50% of the time to get proper repairs,” Griffin’s Paint & Body owner Crystal Griffin wrote to lawmakers. “If it were not for that option our customers would be left to foot the bill by thousands of dollars and/or we would be going into our pockets even more than we already do to help our community. The general public is under the impression that once they pay their deductible, the insurers will take care of all the rest that is involved in the proper repair of their vehicle. As it is now, that’s just not the case and the appraisal clause is the only option they have to make them whole per the contract they entered into with their insurance company. If you don’t require this option in all policy’s, the insurers will eventually remove this option just as State Farm has with repairs and the consumers of Texas will be left holding the bag. The only other option is to get a lawyer, which is next to impossible since lawyers don’t take cases of this nature, without bodily injury, and very few people have the funds to hire a lawyer.”

“I support this bill because the right to appraisal is in all Texas insurance policies except for State Farm,” ABAT Vice President Eric McKenzie (Park Place Dealerships) wrote. “It has been used successfully by many of our clients to settle disputes to safe and proper repairs as well as total loss value disputes. I am asking that you pass this bill on to calendars so that other insurance carriers are not tempted to follow state farm’s lead of removing the repair portion of the appraisal clause from their policies which is bad for Texas consumers.

With the exception of the “loser pays” concept — appraisal clauses often leave both sides responsible for their individual costs and split the umpire bill — HB 2534 would require a fairly standard version of the right to appraisal. The process it describes isn’t much different than what State Farm had originally carried in its auto policies.

If the insurer and customer can’t agree on the amount the carrier owes in a loss, HB 2534 would allow either party to invoke their right to appraisal within the first 90 days after a claim’s filing.

The umpire under HB 2534 also “shall determine the amount of loss.” If either appraiser agrees with the umpire, then that amount is binding.

Clardy told the Insurance Committee his bill represented an opportunity for an “amicable resolution” to a total loss or repair bill dispute and an “alternative path to lawsuits.” He said the loss would be calculated by “unbiased professionals.”

“It is critical that this bill be passed so that the consumers of Texas have an avenue to resolve disputed automobile claims,” McDaniel’s Quality Body Works President Darrell Smith wrote to lawmakers. “Without this provision in the policy, it gives insurers the freedom to walk out on claim payments and challenge the policyholder to take the dispute to court for resolution. Every policy sold in Texas should give the policyholder the right to the appraisal process so that insurance companies are held accountable for their actions.”

Auto Body Association of Texas President Burl Richards (Burl’s Collision Center) earlier this year said he has “never, ever” had a customer awarded the amount of the insurer’s last offer. While the appraisal clause might not always reach a value as high as his repair plan, it’s always more than the insurer had offered.

As noted above, both sides still split the cost of the umpire. But Richards told us that in “most instances,” the two appraisers end up agreeing, and an umpire isn’t necessary.

Be heard: Senate lawmaker contact information can be found here.