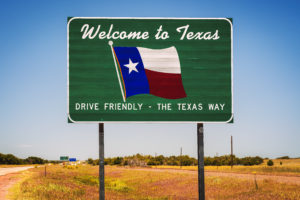 The Texas Department of Insurance on Monday confirmed that auto insurers aren’t required to offer Texans an appraisal clause option to resolve a dispute over repair bill reimbursement.

The agency also has rewritten its website to remove what at least as late as Friday had been advice to consumers that “you can ask for an appraisal.” It now states that consumers’ policies “may include an appraisal process.”

We had asked the TDI about a report from public adjuster Robert McDorman that State Farm around 2017 had reworked its auto policy to limit the insurer and policyholder’s right to appraisal. Prior to the change, the appraisal clause from Texas’ largest insurer applied to both repairable vehicles and total losses. State Farm’s revision limited this appraisal option to total loss valuations.

McDorman, general manager of Auto Claim Specialists, said he alerted the TDI to this fact about two years ago and found the agency surprised by the change.

According to McDorman, he was told by a deputy commissioner: “That was an interesting overview you presented in how State Farm policy 9843A and 9843T affect the outcome of the loss. This got past us.”

We had asked the agency about McDorman’s account, why it permitted State Farm to change its appraisal clause change, and why it hadn’t addressed the issue. We mentioned that the agency’s website had even told customers: “If you and your insurance company can’t agree on the amount of your settlement, you can ask for an appraisal.”

“Insurance companies may offer appraisal as an option to resolve complaints, but they aren’t required to offer it,” TDI spokesman Ben Gonzalez wrote in an email Monday. “We’ll update our website to clarify that point.” 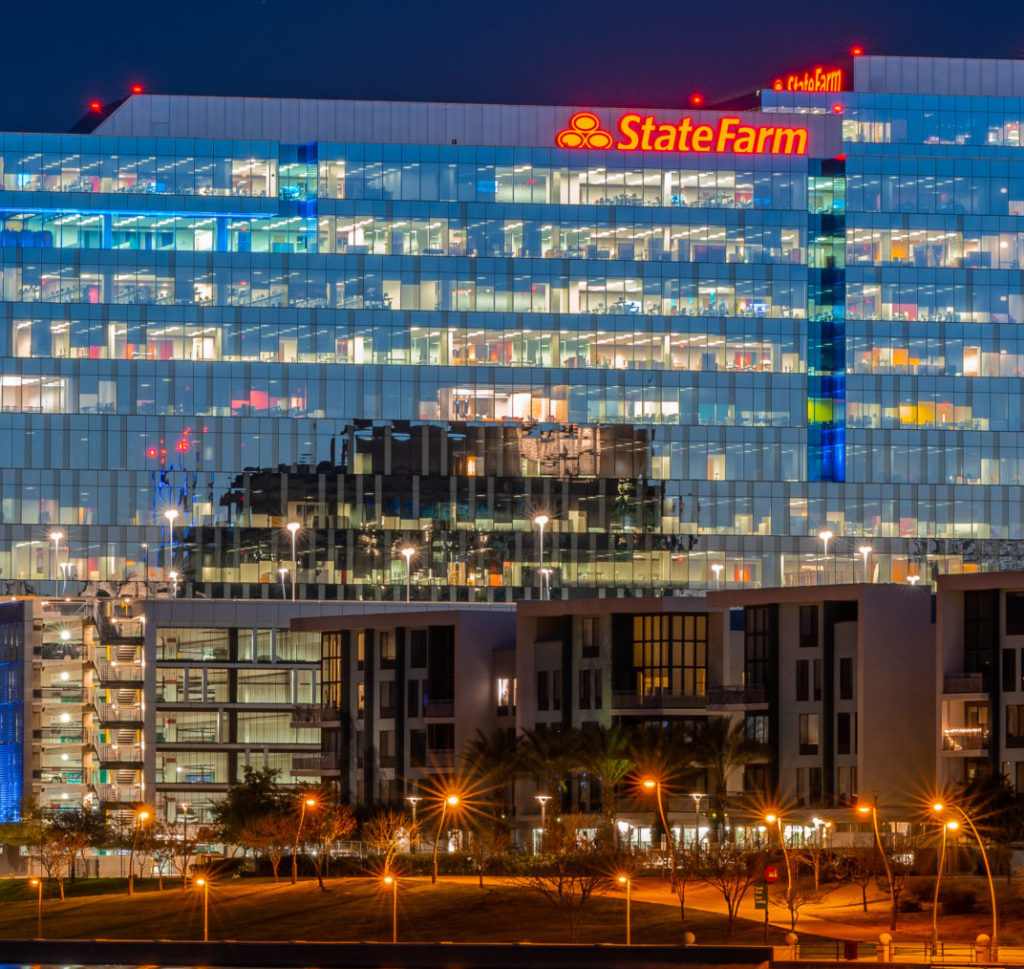 If we and you do not agree on the amount of loss, either may demand an appraisal of the loss. In this event, each party will select a competent appraiser. The two appraisers will select an umpire. The appraisers will state separately the actual cash value and the amount of loss. If they fail to agree, they will submit their differences to the umpire. A decision agreed to by any two will be binding. Each party will:

1. Pay its chosen appraiser; and

2. Bear the expenses of the appraisal and umpire equally.

We do not waive any of our rights under this policy by agreeing to an appraisal. (Minor formatting edits.)

1. We have the right to choose to settle with you or the owner of the covered vehicle in one of the following ways …

b. Pay the actual cash value of the covered vehicle minus any applicable deductible.

(a) The owner and we will each select a competent appraiser.

(b) The two appraisers will select a third competent appraiser. If they are unable to agree on a third appraiser within 30 days, then either the owner or we may petition a court that has jurisdiction to select the third appraiser.

(c) Each party will pay the cost of its own appraiser, attorneys, and expert witnesses, as well as any other expenses incurred by that party. Both parties will share equally the cost of the third appraiser.

(e) A written appraisal that is both agreed upon by and signed by any two appraisers, and that also contains an explanation of how they arrived at their appraisal, will be binding on the owner of the covered vehicle and us.

(f) We do not waive any of our rights by submitting to an appraisal. (Minor formatting edits.)

Asked about his insurer’s thinking in removing an alternate dispute resolution option for itself and its policyholders, State Farm public affairs specialist Benjamin Palmer wrote Friday, ‘We have nothing to share with RDN.”

McDorman said he and members of the Auto Body Association of Texas met with the TDI about two years ago. He said that at first, the TDI insisted a State Farm policyholder could use their appraisal clause. 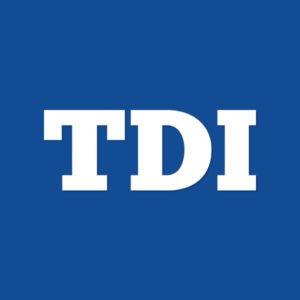 “During this meeting, at the proper time, I requested TDI review a certain complaint file against State Farm that was one of these,” McDorman wrote. “This insured complaint was over the use of pre-owned suspension parts on the insured’s vehicle. The TDI management turned to the complaint in the binder and told us they had responded to the insured and noted the State Farm policy contains an appraisal provision in the policy. TDI further noted they informed the insured if they are not satisfied with the loss statement by State Farm, their recommendation to the insured was to invoke their right of appraisal in a contest of the loss statement.”

McDorman said he told the agency this advice was incorrect.

“I explained to TDI, the insured came to Auto Claim Specialists before turning in the complaint to TDI about their loss,” he wrote. “I explained to TDI, I informed the insured we could not represent them through the appraisal clause process over a dispute of the repair function of the loss with State Farm under policy number 9843A. After our conversation, I emailed the client a copy of their State Farm policy and pointed them to the highlighted section on the rights State Farm had over the repair process and where the only contractual right the insured had to contest the loss settlement is for the total loss value. I informed TDI their advice to the insured to resolve the loss dispute was not a policy right under policy 9843A.”

According to McDorman, the TDI then did a 180-degree turn and stated, “‘The right of appraisal is not mandatory in Texas and is limited to the language in the policy. If the policy does not allow the appraisal as a relief to contest the loss, then the insured agreed to this when they purchased the policy.'”

“After the meeting, the deputy commissioner walked us out,” McDorman continued. “While at the elevator he told me this ‘That was an interesting overview you presented in how State Farm policy 9843A and 9843T affect the outcome of the loss. This got past us.’ My response was, ‘Yes Sir it did. Will you look into this and see what we can do to resolve this sensitive situation before someone gets hurt?’ I was told he would. However, have heard nothing more.”

ABAT President Burl Richards (Burl’s Collision Center) said Monday his customers hadn’t needed to use the appraisal clause prior to the removal, for State Farm had been one of the better insurers to work with. However, it has since become extremely difficult and is refusing to reimburse items it had previously covered, he said. Richards said he finds “third-rate” insurance companies who do a better job of indemnifying consumers than State Farm.

“They’re a totally different insurance company” than a few years ago, he said of State Farm.

State Farm did not respond to a separate inquiry Tuesday on Richards’ allegations.

ABAT is supporting a bill that would require auto insurance policies to carry appraisal clauses applicable to both total loss and reimbursable repair bill valuations.

“The spirit of the appraisal clause is to resolve loss disputes fairly and to do so in a timely and cost-effective manner,” McDorman said in a statement Saturday. “The invoking of the appraisal clause removes inexperienced and biased carrier appraisers and claims handlers from the process, undermining their management’s many tricks to undervalue the loss settlement and under-indemnify the insured. Through the appraisal clause, loss disputes can be resolved relatively quickly, economically, equitably, and amicably by unbiased, experienced, and independent third-party appraisers as opposed to more costly and time-consuming methods, such as mediation, arbitration, and litigation.”

House Bill 2534 would establish an appraiser-appraiser-umpire process similar to the version described above.

Richards said he has “never, ever” had a customer awarded the amount of the insurer’s last offer. While the appraisal clause might not always reach a value as high as his repair plan, it’s always more than the insurer had offered.

He said in “most instances,” the two appraisers end up agreeing, and an umpire isn’t necessary.

The TDI website offers four steps for consumers with a complaint against a Texas insurer. “Talk to the insurance company. … Ask for an appraisal. … File a complaint with us. … Get legal help.”

But should an insurer’s practices follow what Richards alleges regarding State Farm, policyholders with repairable vehicles might wind up having to jump right to the TDI complaint or legal stages.

While the TDI encourages complaints, it also says, “We can’t make a company pay a claim unless the failure to pay violates a law or the terms of your policy.” The TDI has also in the past said it lacks the authority to help in some auto insurance issues.

However, ABAT still encourages complaints to alert the agency to the existence of problems.

In terms of the courts, Richards said customers “just don’t have the stomach for it.” However, then TDI does offer suggestions for those who do. Appraisal clause experts have also suggested that small-claims court would actually be a better option than an RTA in some circumstances.

The Texas Department of Insurance logo is shown. (Provided by TDI)