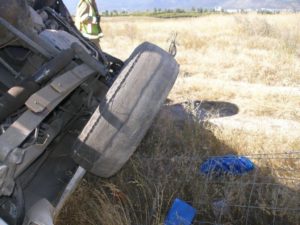 Meineke and an Everett, Wash., location of the national chain have agreed to pay a combined $12.5 million to settle a motorist’s lawsuit claiming the franchisee failed to warn her of a dangerously worn tire prior to a serious 2016 crash.

Neither Meineke corporate nor Meineke Store No. 4333 admitted liability under the terms of the settlement, according to Janyce MacKenzie’s attorney Lawrence Kahn of Lawrence Kahn Law Group.

Both Meineke corporate and Meineke 4333 also denied negligence in answers to the final version of the MacKenzie v. Meineke litigation.

For convenience sake with the lawsuit, we’ll identify the national Meineke as “Meineke” and the individual shop specifically as “Meineke 4333” in this article.

Meineke 4333 had twice provided MacKenzie automotive service allegedly accompanied by a tire inspection in the months prior to the collision. One of these instances occurred just two days before the 70 mph crash Aug. 4, 2016, on Interstate 90 in Montana.

“At that time and place, as the Subject Vehicle was travelling along the dry pavement, a tread suddenly and without warning separated from the Subject Tire, causing the Subject Vehicle to lose control and consequently roll over numerous times at a high rate of speed,” MacKenzie’s July 30, 2020, lawsuit against Meineke and Meineke Shop 4333 states. “As a direct and proximate result of the tread belt separation and resulting accident, Plaintiff and her passenger were seriously injured.”

MacKenzie was pitched through the sun roof of her 1998 Ford Explorer, Kahn said. “She was literally scalped,” had a calf degloved and suffered facial and skull fractures, according to Kahn.

For a while, MacKenzie was in a coma, and “she’ll never walk again,” Kahn said. It was “amazing that she lived,” he said.

Kahn said Meineke had originally sought a confidentiality agreement on the settlement. However, it refused to pay the extra $2.5 million MacKenzie had demanded for that condition.

The final $12.5 million settlement bill was divided between the two companies, with Meineke corporate paying nearly all of it, according to Kahn. He said the individual shop contributed about $1-$2 million.

Though a mechanical service and repair case, MacKenzie v. Meineke seems to demonstrate possible litigation risks for collision repairers, regardless of whether or not the case has merit. It also seems to support the industry adage that the last repairer to touch the vehicle “owns it” in terms of exposure to litigation for its condition. 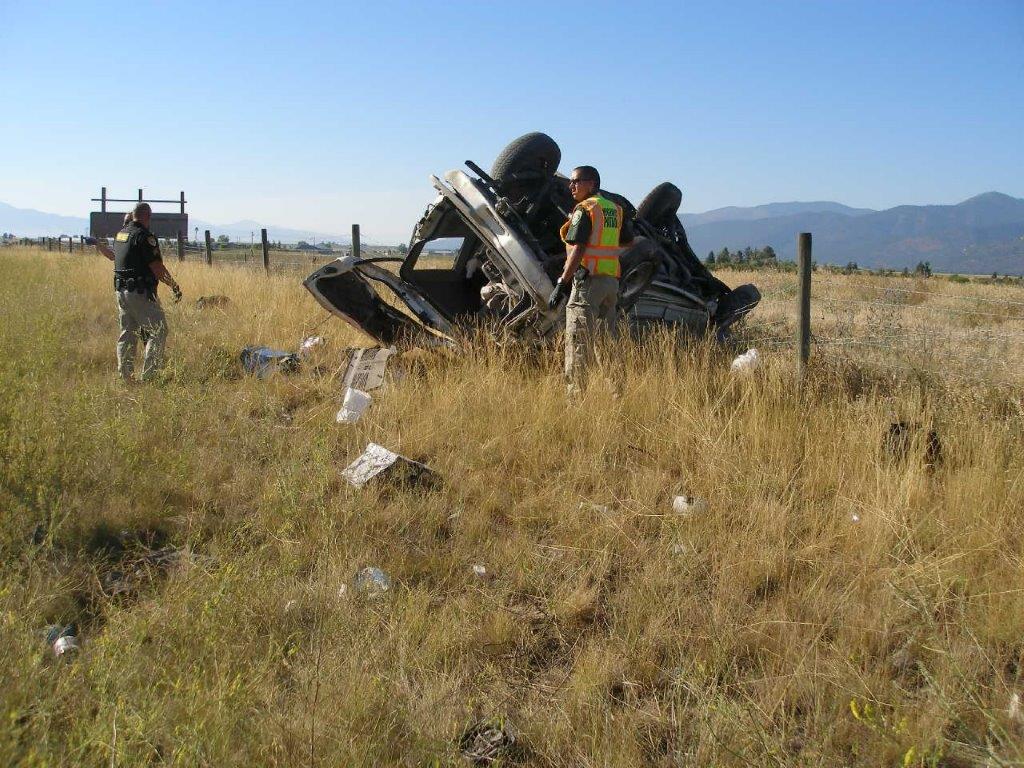 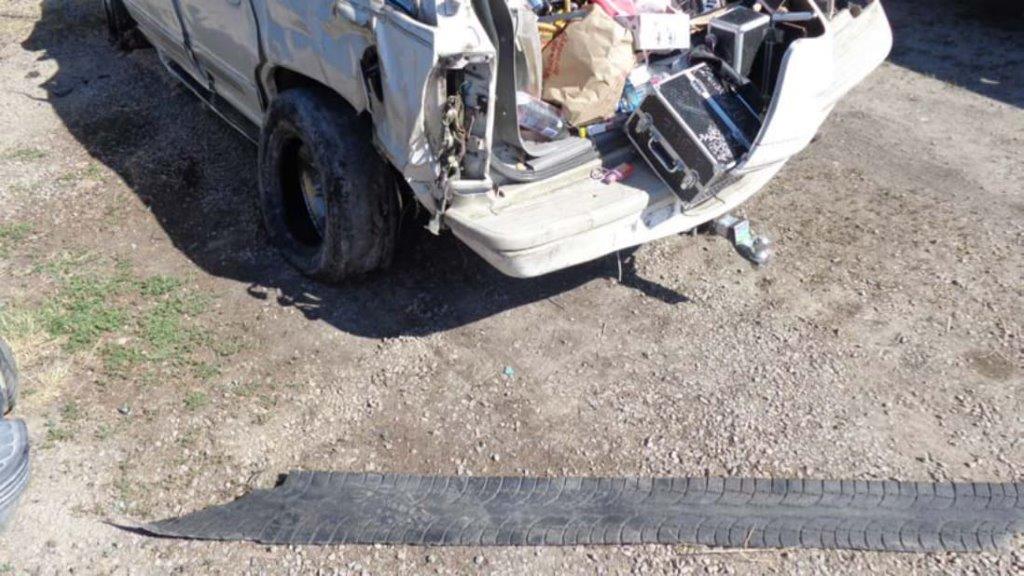 Plaintiff’s expert Thomas Vadnais said the nearly 9-year-old left rear tire and the others were first inspected by Sears in January 2016 and found to only have 2/32 inches of tread or less.

He said that Revised Code of Washington 46.37.425 forbids tires with less than 2/32 inches of tread “in any two major tread grooves at three locations equally spaced around the circumference of the tire” or tires where tread wear indicators on two major grooves touch the road in such a configuration.

“If the Sears Auto Center inspection report accurately reflected the conditions of the tires at that time, all four tires should have been removed and replaced right then,” wrote Vadnais, a consulting engineer with Vadnais Engineering.

MacKenzie argued that Sears was negligent in failing to warned her of the danger and replace the tire.

She had originally sued Sears as well, but ultimately dropped them from the case. Kahn said Sears’ bankruptcy midway through the litigation would have made it difficult to receive any redress from the company.

Requests for comment from Sears’ attorneys and new owner Transformco have not yet been returned.

Prior to being dropped from the case, Sears had agreed it changed the Explorer battery “and performed an undercar courtesy check.” But it denied all of MacKenzie’s negligence allegations.

Kahn said he felt Sears’ liability would have been “the low number” were the allegations found true.

“It was inspected two more times (after Sears),” Kahn said of the tire.

Kahn also at one point pointed out the flaw in an automotive repairer’s negligence defense based on the existence of prior vehicle damage. If true, then a question arises regarding why the repairer didn’t notice it. 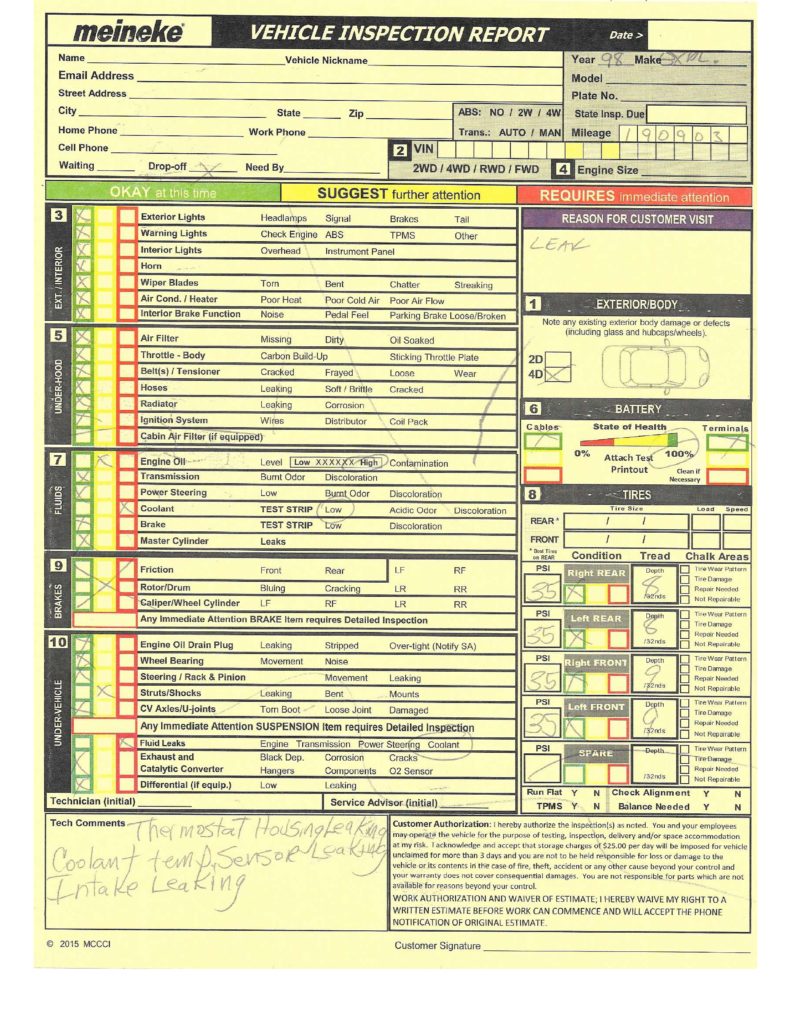 “In addition to addressing concerns with coolant leaking and vehicle overheating, Meineke Defendants purported to perform a free tire inspection, rotation and purportedly included a visual brake inspection,” MacKenzie wrote of Meineke 4333 in her lawsuit.

Vadnais said the shop’s April 22, 2016, inspection report listed the front tires at 8/32 inches of tread and the rear ones as 9/32 inches, even though the vehicle had traveled 715 miles since the Sears inspection.

Vadnais argued that if Meineke’s measurements had been accurate, the tread would have worn at a rate of 428 miles between the April inspection and the 1,553 miles the Explorer traveled until the August crash. This represented “an unrealistically fast wear rate.”

“While the tread depths of the tires I measured after the rollover ranged from 1/32 to 4.5/32 inch, most tread grooves measured 3/32 to 4/32 inch remaining tread depths,” Vadnais wrote. However, Meineke Shop 4333 said Montana Highway Patrol measurements put the tire treads at between 4/32 and 7/32.

He said the “entire tread and top belt detached from the carcass and lower belt,” though the tire didn’t deflate immediately.

According to MacKenzie’s lawsuit, the Washington Meineke also had an opportunity to alert her to the tire condition on Aug. 2, 2016 — two days before the crash. She had brought the Explorer to the shop to “make sure it was safe” ahead of a move from Washington state to Iowa, according to a court filing. 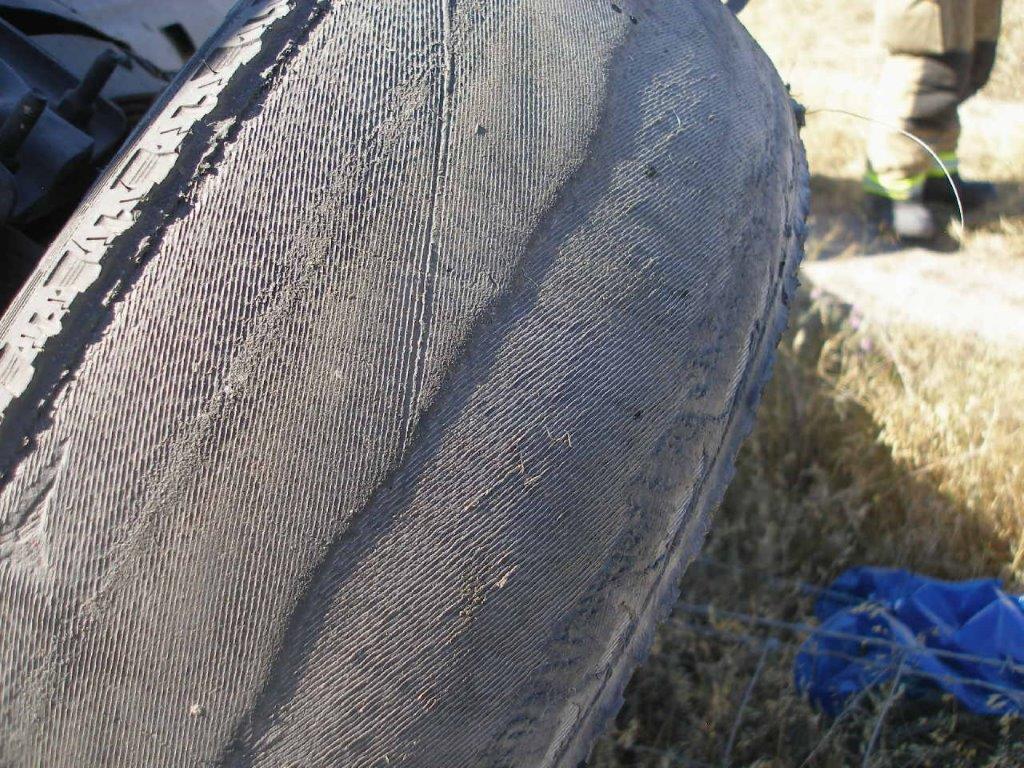 The complaint alleges the company “purported to perform a 23-point vehicle inspection, including a tire inspection, a tire pressure check, and a visual inspection of the brakes” when it gave the Explorer an oil change.

“No Vehicle Inspection Report for this visit could be produced by Meineke,” MacKenzie wrote in a response to an unsuccessful Meineke corporate motion for summary judgment. “Yet, Plaintiff was told that her tires would be checked as part of the service.”

“They told her her tires were fine,” Kahn said Monday. But the tire delaminated two days later, and the rest was “horrible history.” 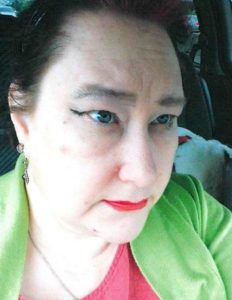 MacKenzie accused both Meineke 4333 and Meineke itself of negligence.

“Meineke Defendants owed a duty to Plaintiff to inspect the condition of the Subject Tire for defects and dangerous conditions when they assumed the inspection of the tires that Defendants could have, and should have, discovered through the exercise of reasonable care, and to advise Plaintiff to replace the Subject Tire and to warn of the defects and dangers that existed while operating the Subject Vehicle with a tire that contained an imminent and foreseeable malfunction including tread separation,” MacKenzie’s lawsuit stated.

MacKenzie said the shop either was negligent in its inspection or didn’t inspect the tire at all, and it failed to warn her of the danger the tire represented.

Following the crash, “there was steel threads coming through” the tire, according to Kahn. Had anyone “just touched the tire,” it would have been a “pretty good sign you better change that tire.”

Both Meineke and Meineke 4333 denied negligence.

Counsel for Meineke 4333 pointed to potential flaws in the plaintiff’s case when contacted Monday.

“Other experts said the defect in the tire that blew could not have been detected by the ‘oil and lube’ trained technicians,” Meineke 4333 attorney Nancy McKinley of Fallon McKinley wrote in an email.

“The problem for the defense in this case was the fact that plaintiff more than likely was not wearing her seatbelt, was ejected from the car through the sun roof.  That is one of the reasons she was so severely injured.  However, under Washington Law, the fact that someone is not wearing a seatbelt is not evidence that can be used against them in  Court.” 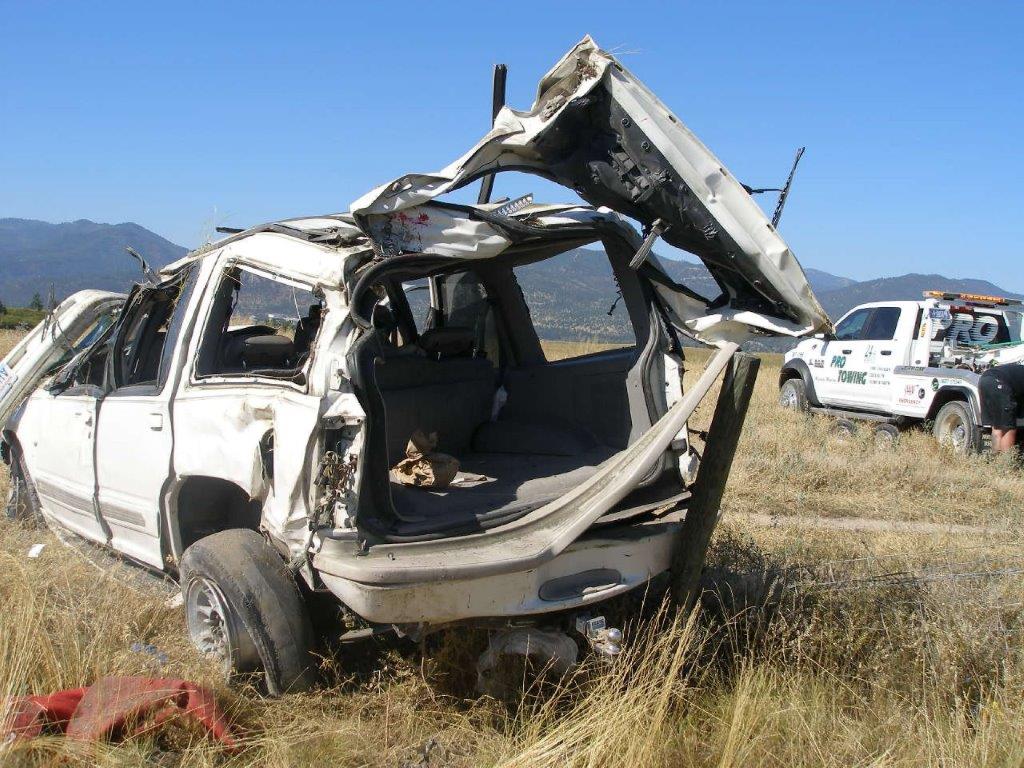 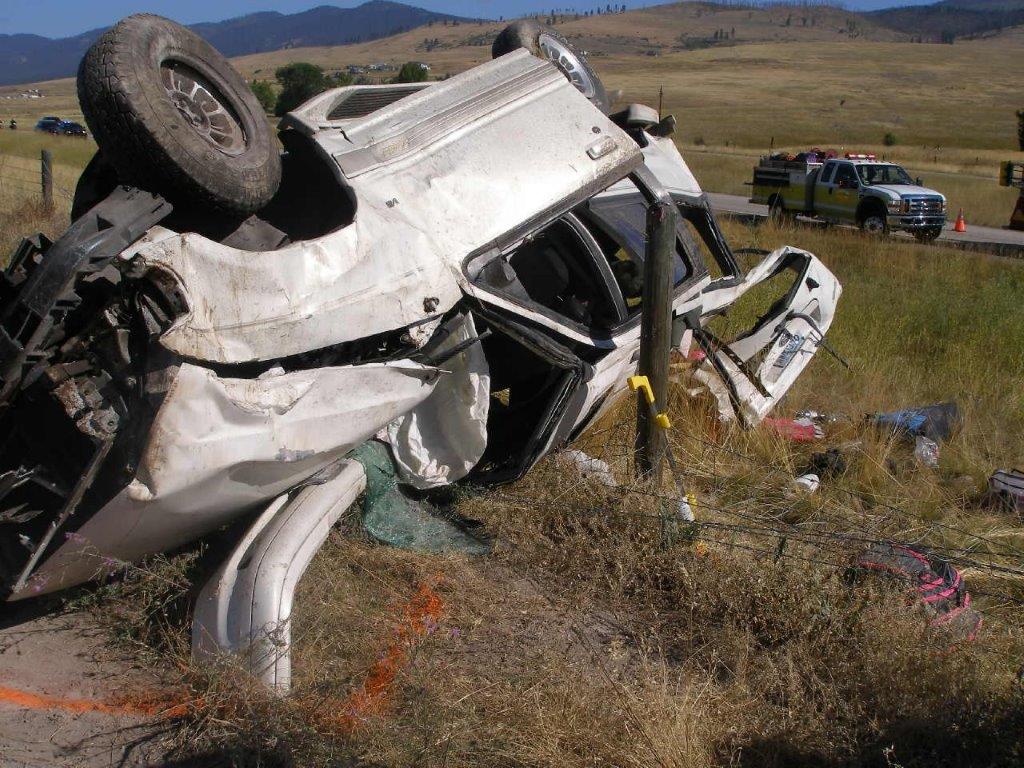 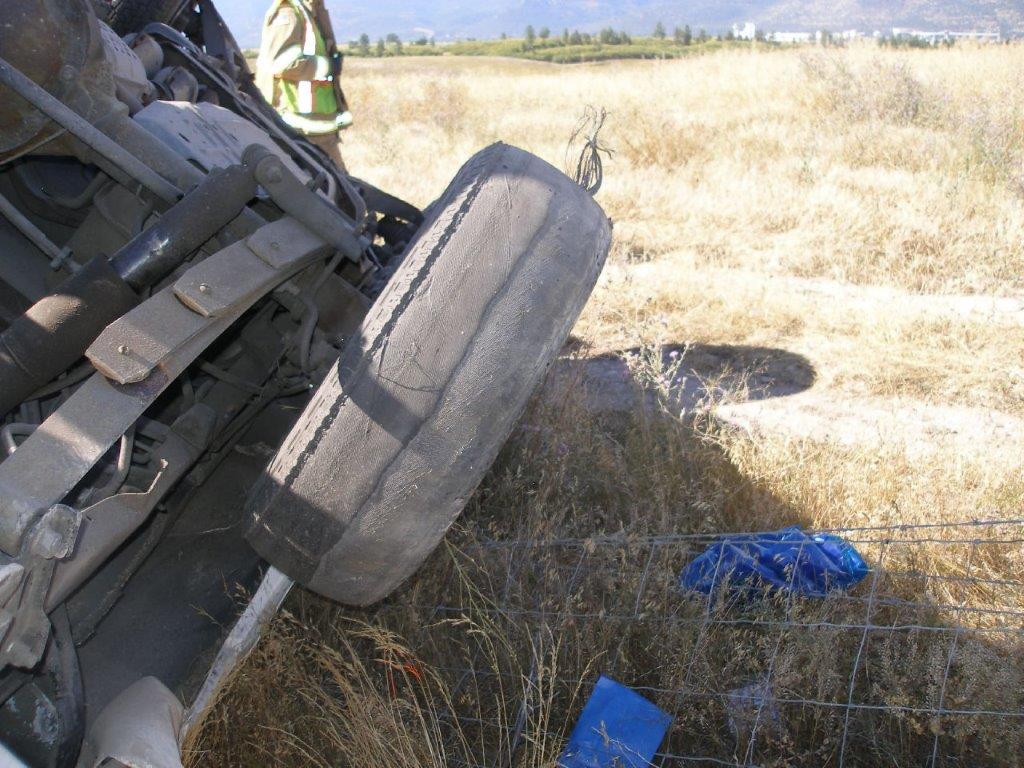 Meineke corporate had also argued in an unsuccessful 2020 motion for summary judgment it wasn’t responsible for the actions of individual franchisees.

Neither Meineke corporate nor its attorneys responded to Monday requests for comment.

A Washington state woman settled a lawsuit with Meineke and Everett, Wash., Meineke Shop No. 4333 alleging negligence in failing to warn her of the condition of her 1998 Ford Explorer’s left rear tire, which delaminated while traveling 70 mph in Montana. (Provided by Lawrence Kahn Law Group)

Though a Sears in January 2016 evaluated plaintiff Janyce MacKenzie’s tires as carrying 2/32 tread depths, Meineke in April 2016 reported them to be either 8/32 or 9/32. (Provided by Lawrence Kahn Law Group)

Janyce MacKenzie was driving a 1998 Ford Explorer at 70 mph in Montana when her rear tire delaminated. (Provided by Lawrence Kahn Law Group)