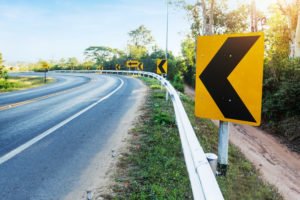 The technological inactivity reported by the IIHS on Thursday means body shops in twisty areas might have more crashes to fix than prior ADAS effectiveness research suggests.

The IIHS studied two 2016 Land Rover Range Rover Evoques with adaptive cruise control and two 2017 Volvo S90s with both that technology and Pilot Assist, which combines both ACC and lane centering in a hands-on, eyes-on Level 2 autonomous driving experience. A S90 with Pilot Assist will drive itself and keep itself in a lane. However, the human driver remains responsible for the vehicle’s performance and must keep their hands on the wheel, supervise and be ready to take over at all times.

Autobraking cuts rear-ending crashes by 50 percent and injury crashes 56 percent, according to the IIHS. It hypothesized that adaptive cruise control “could boost those reductions” because of the greater following distances it fosters.

Lane departure warnings cut single-vehicle, head-on and sideswipe crashes by 11 percent and injury crashes 21 percent, according to the IIHS. It speculated that lane centering would improve this performance since the ADAS can actually step in and steer the vehicle out of danger too.

“We know that advanced driver assistance features may help prevent crashes, but obviously they can only do so if drivers use them,” IIHS senior research transportation engineer Wen Hu said in a statement. “This study suggests that these technologies will only be able to reach their full potential if drivers can trust them to handle curves.”

Perhaps particularly in the case of lane centering, which Hu said would have the greatest benefit during curves.

“The fact that Pilot Assist was frequently inactive on the sharpest curves is an important limitation, since the kinds of crashes lane centering could help prevent are more likely to occur on curves than on straightaways,” said Hu, the lead author of the new study.

The study examined four weeks of vehicle behavior on the four vehicles, which were driven by 39 people during the study period. The data was collected by the Massachusetts Institute of Technology’s Advanced Vehicle Technology Consortium.

The IIHS said the researchers didn’t know if the driver turned off the system or the technology disabled itself. Hitting the brakes turns off the adaptive cruise control ADAS, similar to regular cruise control, according to the IIHS. Lane centering might turn itself off if it can’t see lane markings or if a certain driver input is detected, such as moving the steering wheel or hitting the turn signal.

“Curves pose a bump in the road for driving automation”

From left, what the IIHS defines as straight, moderately curved and sharp-curve roads are shown. The IIHS has found certain Land Rover and Volvo advanced driver assistance systems to be often inactive on sharp curves. The organization didn’t know if this was the result of driver action or the ADAS turning itself off. (Provided by IIHS)