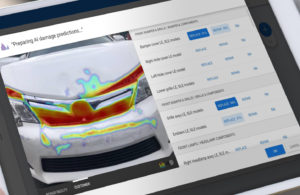 CCC this summer will begin rolling out the ability for auto body shops to have an AI write a partial estimate based upon vehicle photos, the information provider announced this week.

This CCC One Estimating – IQ artificial intelligence photo estimating capability will begin in August with images insurers provide shops via CCC Engage. In 2022, the functionality will expand to let repairers independently upload any images they or their customers have taken for AI review.

As CCC already has offered AI photo estimating to insurers, tying the system to the insurer-CCC Engage pathway was easier near-term from a technological logistics perspective, Fincher explained. He said additional work would be needed on the back end to bake AI photo estimating  functionality into body shop software features; hence, the additional rollout will follow in 2022.

“It’s a different channel,” he said.

The software’s artificial intelligence examines photos and adds parts and operations to an estimate based upon what it “sees” in the image and what lessons it’s learned from the millions of prior estimates found in CCC. It’ll also offer a sense of how certain the computer is about its analysis, according to Fincher.

Though the AI at first will need an insurer to provide photos via CCC Engage, the decision to activate the AI and apply it to those images remains the repairer’s prerogative, CCC confirmed Wednesday.

Fincher said Wednesday the A.I. handles “low-value” tasks and saves the human estimator for the high-value analysis of damage behind what’s externally visible.

Freeing personnel from low-value tasks was a “recurring theme” in conversations with repairers, Fincher said. 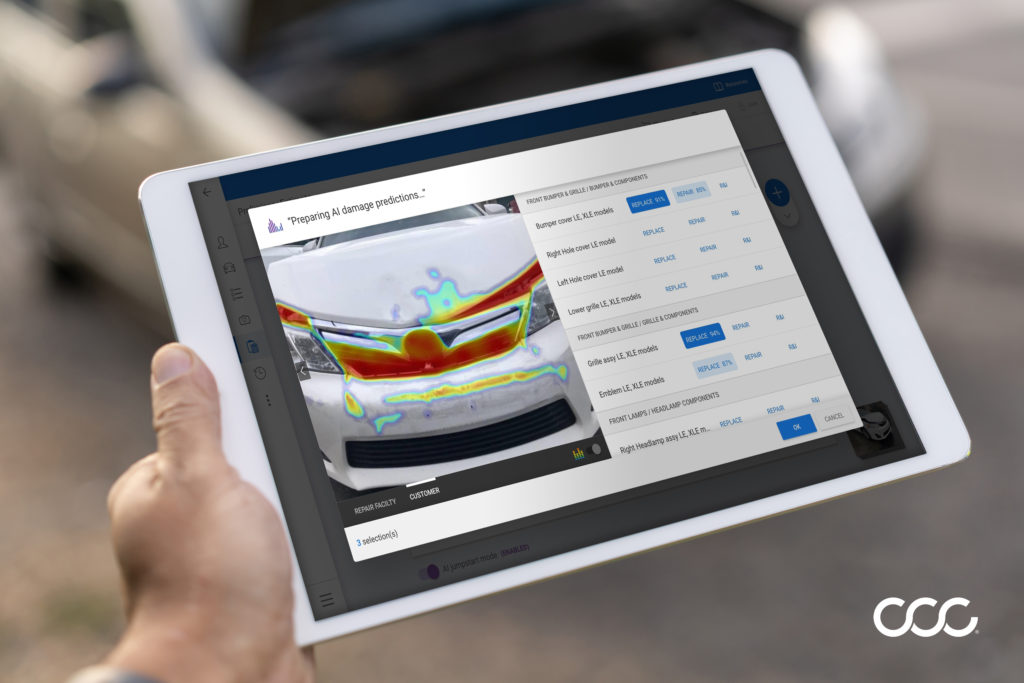 “Customers have told us that they believe AI will help speed up the estimating process if the technology is an integrated part of their workflow,” Fincher said in a statement Wednesday. “CCC is embedding AI into their existing products to deliver on this fundamental need.”

Repairers who correct errors in the AI’s interpretation — for example, the software mistakenly concludes that a part which should be replaced is repairable — will help improve the software’s performance thanks to machine learning, according to Fincher.

“The AI is constantly learning from those decisions,” Fincher said.

“They felt this is the most important” AI option, Fincher said.

However, AI photo total loss predicting has indeed seen interest from the collision industry and is on CCC’s radar, according to Fincher. “We don’t have timing announced for that yet,” he said.

CCC Estimating – IQ right now is only available through the Web client version of CCC rather than the formal desktop application. (Subscribers have access to both.) CCC Estimating for Web launched earlier this year, and its Web-based format allows it to be used on different platforms, such as on a mobile device at the customer’s vehicle.

“The feedback on that has been great,” Fincher said.

Another AI tool lists additional parts the repairer might also wind up needing to replace based upon what they’ve written so far, Fincher said. The parts are color-coded based upon what the computer feels is the probability they’ll be added. For example, Fincher said, the computer might alert the user that components like a bumper and impact absorber would likely be necessary.

“We’re identifying that,” he said.

A final tool gives the estimator hints about additional operations associated with existing estimate line items but that might be overlooked, according to Fincher. Selecting a bumper might yield a hint to consider flex additive, and writing to refinish a part might prompt a reminder to write for hazardous waste disposal too, he said.

“That intelligence is already built there today,” Fincher said.

“The improved CCC ONE experience underscores CCC’s commitment to providing collision repairers with trusted technology,” Arlo Johnson, senior vice president of insurance at CARSTAR and Fix Auto USA parent Driven Brands, said in a statement Thursday. “As vehicles get more complex and connectivity with partners becomes more important to reducing cycle time, collision repairers need to have real-time access to information and advanced insights. CCC ONE helps us keep pace with and drive improvements across our business.”