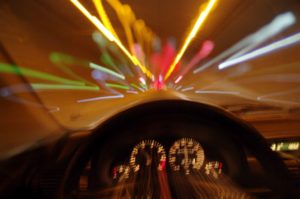 The $1 trillion infrastructure bill passed by the U.S. Senate includes a provision that would mandate passive technology in all new cars to prevent drunk or impaired drivers from operating the vehicle.

This technology, according to the bill, would be required to “passively monitor the performance of a driver [to] to accurately identify whether that driver may be impaired” and “prevent or limit motor vehicle operation if an impairment is detected.”

The bill would require the U.S. Transportation Department to establish a safety standard for the new technology within three years and then gives automakers another two years to comply.

According to the Insurance Institute for Highway Safety (IIHS) alcohol-detection systems that prevent impaired driving could save upward of 9,000 lives annually, and reduce the estimated $44 billion in economic costs associated with drunk driving deaths in the United States. IIHS says that U.S. police departments arrest about 1 million people a year for alcohol-impaired driving.

The inclusion of this language in the infrastructure bill has the support of Mothers Against Drunk Driving (MADD) which has been working to pass a stand-alone bill, the Reduce Impaired Driving for Everyone (RIDE) Act, with similar requirements for the past several years. MADD supports several technology possibilities including driver monitoring systems, touch-based systems that can read a drivers’ blood alcohol concentration (BAC) through their fingertips, and air-sampling systems that can test and isolate just the air exhaled by the driver.

According to a nationwide poll conducted by Ipsos for MADD, 9 of 10 Americans support technology that is integrated into a car’s electronics to prevent drunk driving (89% say it is a good or very good idea), while 3 of 4 (77%) back Congressional action to require this technology in all new vehicles. More broadly, 8 of 10 (83%) believe that new auto safety features should be standard in vehicles as they become available, not part of optional equipment packages.

It’s too early to tell if this technology would be limited only to alcohol impaired driving or if it might be extended to drug-impaired driving as well, an issue that has received increased attention as more states move to legalize the use of marijuana.

“Recent state actions to legalize the use of marijuana for medical and recreational use have further exacerbated concern over potential risks of driving impaired by marijuana,” the National Highway Traffic Safety Administration (NHTSA) said in 2015. The administration found in a study that an estimated 16% of all accidents were cause by drug-impaired drivers.

The infrastructure bill begins to address this as well. A little over 100 pages after the requirement for impaired driver technology in new cars, a section entitled “Drug-Impaired Driving Data Collection” sets a deadline for certain federal agencies to identify ways to improve reporting of toxicology testing in cases of motor vehicle crashes.

The very next section calls for a report, within two years, that identifies barriers to the establishment of a national clearinghouse for facilitating research specifically on marijuana-impaired driving.

The bill text of H.R. 3684 Infrastructure Investment and Jobs Act