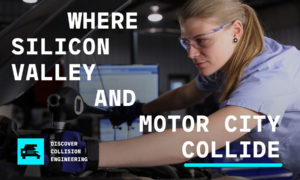 The “Automotive Collision Engineering Pilot Program,” currently running at four colleges around the country, is giving the industry an opportunity to see what messages resonate with those who could become tomorrow’s technicians.

Funding from the Enterprise Rent-A-Car Foundation for the 2-year pilot program has been used for a digital marketing campaign with ads that tout the program as where “Where Silicon Valley and Motor City Collide.” or “Where Passion and Profession Collide.”

More recently, the funds allowed the creation of a “Talent Communication Marketing Manager” position aimed at boosting enrollment for the program, a role for which Molly Mahoney was hired.

“What Molly does is help us know if the marketing is hitting the mark,” said John Helterbrand, chairman of the Ranken Technical College automotive collision repair department in St. Louis, Mo., one of the four schools currently involved in the pilot program. “She’s analyzing what’s working, what isn’t, so we can get it changed as soon as possible. That’s a big piece. We brought somebody young in, someone who thinks like the younger generations, that understands all the different things they do. We’re trying to meet the students where they are.”

Mahoney said the digital marketing campaign, which will eventually include videos as well,  has been important given the limited chances for career fairs or school visits. She said some of what she does is contact those who express interest through the ad campaign, gathering some basic data and pointing them in the right direction.

“That way, when the students get to the point of talking to college admission staff, they have some idea of what this program is, and if it’s right for them,” Mahoney said. “I think we’re seeing a lot more interest from people who I don’t think would have ever thought about collision repair as an industry. A lot more women, for example. Building awareness is why we created the campaign in the first place.” 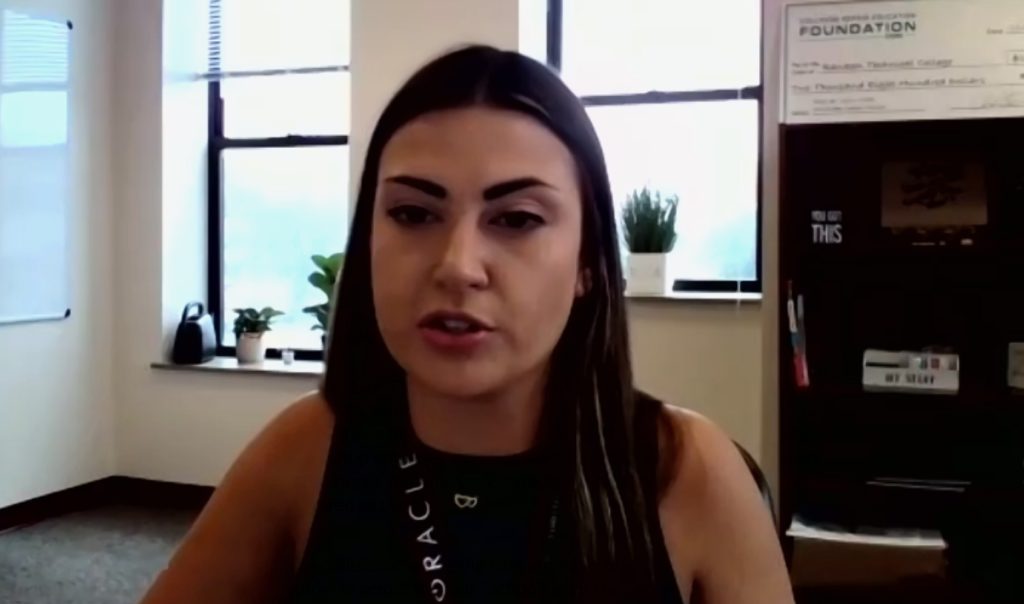 One of the women enrolled in the program at another of the participating schools, Contra Costa College in San Pablo, Calif., was referred to the program by her employer, Barsotti’s Body & Fender in San Rafael, Calif.

“I had hired her for our detail department, and then suggested that she look into the program,” Amber Alley, general manager at the shop, said. “She did her own research and enrolled.”

“It is working out very well,” Alley said. “His skill level is progressing rapidly. The program gives the student a ton of support, and does a nice job preparing them for a career in the industry. It is a perfect mix of classroom basics and on-the-job training.”

Mahoney acknowledged the program is still falling short of its goal of reaching about 160 students across four schools over the 2-year pilot phase. The pandemic has certainly contributed to that, she said, shutting down schools and limiting admissions teams’ ability to communicate with prospective students. But since April, Mahoney said, “student recruitment and marketing efforts have expanded, and enrollment is expected to increase significantly.” Final enrollment data will be available later in September.

“Many of our colleges still maintain limits on class size to keep students safe, however, the upward trend of enrollment is positive,” she said. “We are seeing an increase in enrollment from the previous year.”

In the meantime, she can track the various ads being used to analyze what verbiage and imagery is connecting with students or those interested in changing careers, and even find out from those who expressed interest but didn’t follow through what “wasn’t appealing, or what was the barricade between their initial interest and actually getting involved in the program.”

Schools, industry need to work together to solve ‘leaky pipeline’