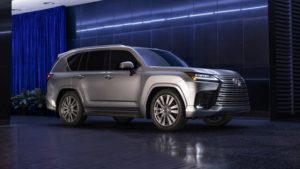 The 2022 Lexus LX 600 full-size SUV has been redesigned from the ground up, with an increase in body rigidity and a weight reduction of 441 pounds.

Lexus said its new body-on-frame flagship SUV employs the all-new GA-F platform, a ladder chassis that is 20 percent stiffer than its predecessor’s. The platform is similar to that which underpins the 2022 Toyota Tundra pickup, and the 2022 Toyota Land Cruiser, which is not being sold in the U.S.

At its unveiling on Oct. 13, Lexus said the LX features “a full optimization of nearly every component.” Lightweighting details mentioned include the use of aluminum doors, and the specification of 22-inch forged aluminum wheels that are lighter than the 18- and 20-inch wheels they are replacing.

“By adopting a new GA-F platform and redesigning the entire framework of the vehicle from the ground up, engineers revised the LX’s fundamental characteristics and reduced its center of gravity and weight, while increasing body rigidity to achieve a smooth composure and superior comfort level, according to Lexus Driving Signature,” Lexus said in a news release. 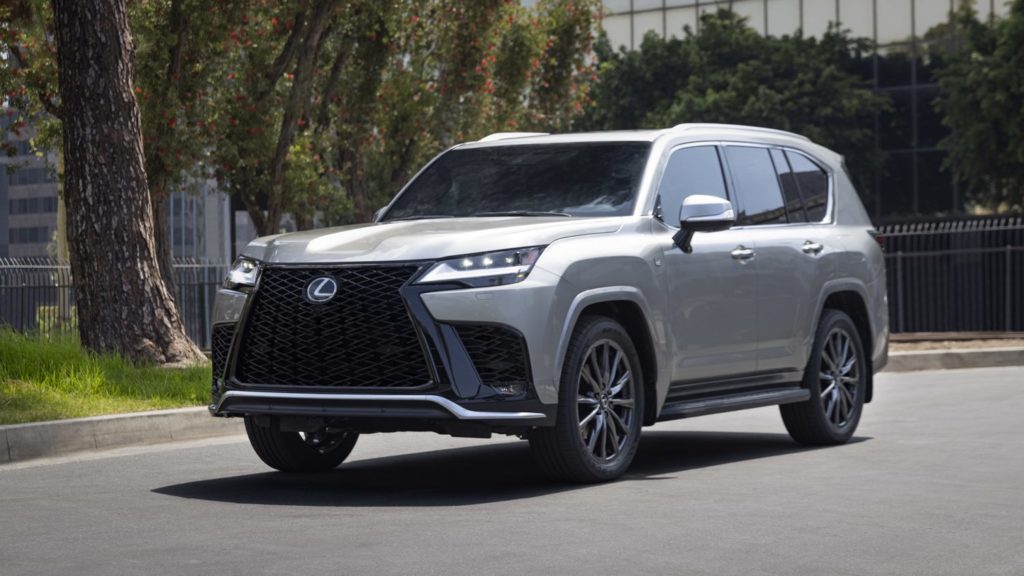 Lexus Driving Signature, introduced on the 2021 Lexus IS compact luxury sport sedan, is a philosophy of continual improvement through testing. Essentially, the theory is aimed at achieving a uniform driving experience through increased vehicle responsiveness, more rigidity and reduced mass. In the case of the LX, the weight reduction “realizes a predictable, balanced comportment during turning, acceleration and deceleration maneuvers, plus improves stability when driving off-road,” Lexus said.

Despite its premium appearance and interior appointments that can only be described as lavish, the LX has been designed to be fully capable of handling rigorous off-road conditions — which means repairers might be seeing damage not just from other vehicles, but from brushes with nature, too.

The 2022 LX as introduced is a conventional internal-combustion vehicle powered by a 409-horsepower, 3.5-liter V6 twin-turbo gasoline engine that is both smaller and more powerful than the normally aspirated V8 engine it replaces. The V6 is mated to a Direct Shift-10AT automatic transmission that approaches a manual transmission’s acceleration performance by activating lockup in almost its entire range of operation, Lexus said.

The LX will feature an active height control (AHC) suspension, which will allow the vehicle’s ride height to be adjusted according to the driving environment. The ride height is adjusted through the use of shock absorbers, gas and hydraulic springs and conventional metal springs, with four available settings: Normal, Hi1 and Hi2 for when the LX is in motion, and Low to allow passengers to get in and out more easily.

Lexus said that a spring rate switching device, previously used only for the front wheels, is now used for the rear wheels as well, reducing the time needed to adjust ride height.

The system automatically adjusts vehicle height depending on the choice of drive modes and the selection status of the transfer case. AHC “not only adjusts the vehicle height but also responds to changes in vehicle posture, such as the amount of pitch and roll, and it stabilizes vehicle posture during turning, acceleration and deceleration by optimizing the spring rate as needed,” Lexus said.

A standard feature of the LX is the Lexus Safety System+ 2.5, a group of ADAS features that rely on camera and radar sensing. Part of the system is the Pre-Collision System (PCS), which includes Frontal Collision Warning (FCW), Automatic Emergency Braking (AEB), Pedestrian Detection and Bicyclist Detection. 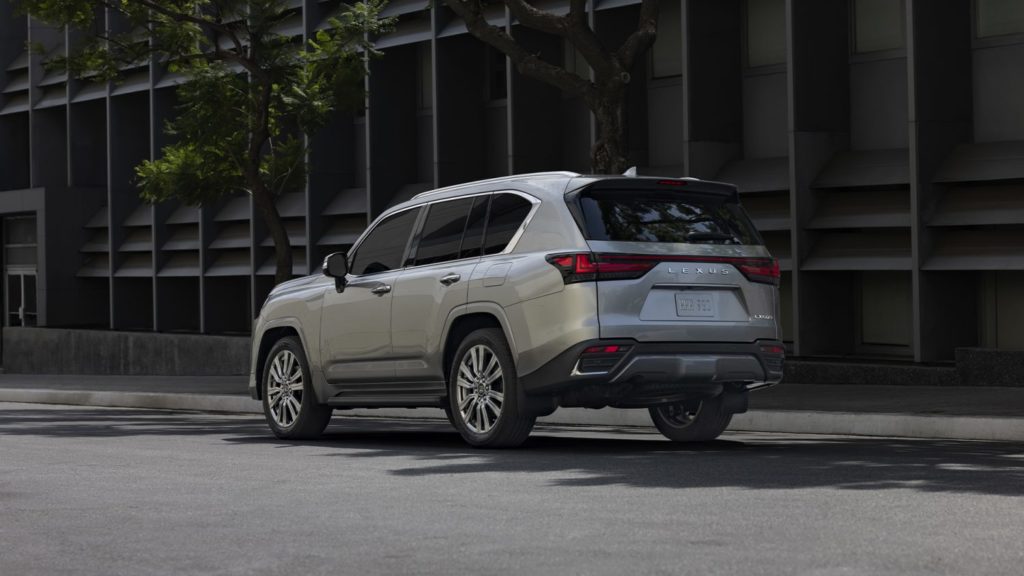 PCS “features an enhancement to the lens camera and millimeter-wave radar elements to expand the response range. By enhancing the radar and camera capabilities, it is now possible for the system to help detect not only the vehicle ahead but also a preceding bicyclist in daytime and even a preceding pedestrian in daytime and low-light conditions,” Lexus said. “At intersections, the system has the capability under certain conditions to recognize an oncoming vehicle when performing a left-hand turn, or a pedestrian when performing left and right-hand turns, and is designed to activate typical PCS functions if needed.” Emergency Steering Assist (ESA) assists steering within the vehicle’s lane as cued by the driver.

Four cameras — in front, on both sides, and at the rear — help the driver see around the vehicle. This Multi-Terrain Monitor lets the driver check road conditions, some of which may be in the driver’s blind spots. A Back Underfloor View provides a transparent-floor view to the driver, using images of the foreground taken in advance.

Some of the styling elements that repairers might be encountering have practical functions, too. The spindle grille, a shape made up of seven sets of floating bars, has been fine-tuned to provide the cooling performance needed for the twin-turbo engine. Side radiator grilles do their part to keep temperatures down, too.

For the Ultra Luxury grade, the wheels are highlighted with high-gloss paint.

The Lexus LX is to go on sale in the U.S. in the first quarter of 2022. Pricing has not yet been announced, but it’s believed it will be in the neighborhood of $90,000.