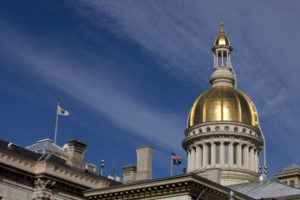 A new law approved by the New Jersey General Assembly and Senate on Monday gives motorists injured in car accidents the right to file civil lawsuits against auto insurers.

Under the New Jersey Insurance Fair Conduct Act, policyholders are now able to sue if they are unreasonably denied a claim for uninsured or underinsured coverage or if insurers violate state laws that prohibit unfair or deceptive acts or practices. Suits can also be filed when there is unreasonable delay for coverage or payment of benefits without having to prove the insurer’s actions as a usual business practice. The state previously required multiple violations before enforcement took place and it was up to the state Commissioner of Banking and Insurance to pursue legal action.

The Assembly passed the bill 45-22-4 and the Senate passed it 23-13. It took effect immediately and supplements Title 17 of the Revised Statutes.

For repairers, that means regulations already in place could be initially followed by insurers to avoid litigation and in turn, speed up estimates and cost negotiations. For example, insurers might pay more attention to the law already in place that requires inspection of vehicle damages prior to repair within seven business days.

“If insurance companies knew that they could get fined and have to pay court costs and attorney fees and things like that they would follow the law,” Alliance of Automotive Service Providers/New Jersey (AASP/NJ) Executive Director Charles Bryant told RDN in December.

AASP/NJ Executive Board Collision Chairman Dennis Cataldo thinks the law needs to go further and insurance companies shouldn’t have to be taken to court for regulations to be enforced by the state’s Department of Banking and Insurance.

Despite claims that the act would raise premiums, the bill says rate increases won’t be passed on to consumers as a result of compliance to the law by insurers. The commissioner may determine whether an insurer’s rates are constitutionally adequate pursuant to law, according to the act.