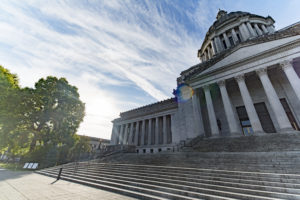 A bill has been re-introduced in the Washington House of Representatives to require insurance companies to include an appraisal clause in contracts with their policyholders.

Washington Rep. Steve Kirby (D-29) and proponents of HB 1779 hope, if approved, it will “level the playing field” in disputes between insurers and policyholders over the actual cash value and amount of loss on damaged vehicles. An amendment to the bill would require insurance companies to reimburse policyholders for the cost of an appraisal if there is a difference of $500 or more between the amount of loss the company adjusted before the appraisal process and the amount of loss determined through the appraisal process. 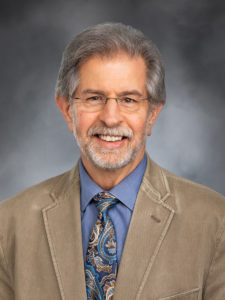 Folks from both sides of the issue testified during a Jan. 24 public hearing on the bill before the House Consumer Protection & Business Committee.

Kirby said the problem is insurers are steering their policyholders to third-party administrators that they’ve chosen as a solution to avoid them picking shops that cost more.

“Over time, there has just become this downward pressure on the cost of doing repairs that has fixed it so that their own third-party administrators really can’t afford to do it and it creates an incentive to cut corners,” he said. “… many good body shops need to have that relationship with insurance companies so that they can be included in their list of people to send it to. They need the business but at the same time that downward pressure makes it really difficult for them to actually do the job and do it right and do it safely. It’s just, I think, reached a point now to where it’s become a little dangerous.”

Appraiser Mike Harber said he’s completed 137 appraisals in the past year and in all of them vehicles were undervalued. The average underpayment was $4,725 below what insurers offered.

“The insureds paid their deductible,” he said. “Why are they paying me more money to force their insurer to pay the claim for the full amount of the loss? HB 1979 will hold the insurer responsible for a fair settlement of a claim.”

The bill is being endorsed by Washington Insurance Commissioner Mike Kreidler. Legislative Liaison Jon Noski spoke on his behalf during the hearing. He said the bill would give consumers greater protections and provide a standardized right to appraisal.

Attorney Paul Veillon said the bill is similar to what Oregon already has in place, and it works. “Having an appraisal process is intended to be a fast, efficient and inexpensive alternative to litigation over whether the insurer is paying the reasonable cost of necessary repairs,” he said. “Without this bill there is more litigation than if this bill is in place.”

The bill, Veillon said, also is consistent with state Administrative Code 284-30-380(7) that holds insurers responsible for the accuracy of evaluations to determine actual cash value. He added that he doesn’t think shops are going to charge unreasonable amounts for repairs because they have reputations to uphold.

Attorney Steve Hansen said the bill would make the consumer whole for their losses.  “What we find routinely is that the total loss valuations are presented on a take it or leave it basis,” he said. “There is not a lot of negotiation that goes on and it is only after the appraisal process is invoked that there’s any movement that goes on … toward the consumers’ interest.”

Consumer Sandra Lee, who also spoke in support of the bill, talked about twice that she felt duped by her insurance company. The first happened in 2014 and as the result of a class action lawsuit, she received a check last month, though she still doesn’t think she received what she’s owed. The second time she was offered $4,000 less than her vehicle’s worth.

“To feel that they were not being honest with me was very disheartening,” she said. “It’s unfair because what a lot of people don’t realize is the loss to the consumer unless you actually experience this.”

Lee mentioned insurers only paying for a rental for 30 days and lost time from work trying to find a replacement vehicle as costs to the consumer.

“I think that it’s only fair that our insurance companies take on all of the cost of the appraisal if the actual cost of the vehicle is not appraised appropriately because as a consumer we should be able to trust that our insurer is going to do what’s best by us,” she said. “On two occasions, that has not been done in my case.”

Associations representing insurers spoke to oppose the bill calling it an “unfair process for evaluating disputed claims” and said having to pay for appraisals and associated costs will drive premium costs up.

“Insurers take very seriously their duties to return a damaged vehicle to pre-crash status,” said Mel Sorensen with the American Property Casualty Insurance Association. “They want to do that with attention to safety, quality and cost effectiveness. … Insurers have no interest in a shoddy repair using poor quality parts.”

The bill, he added, sets up a no-risk incentive for auto repair facilities to potentially inflate repair estimates, which could impose delays on claimants and accumulate storage costs. He asked that the bill include some sort of consequence for repair shops that take an “unreasonable position relative to costs.”

Northwest Insurance Council President Kenton Brine said he agreed with all of Sorensen’s comments and said consumers don’t want change by noting J.D. Power’s October 2021 consumer satisfaction study that showed overall satisfaction with the auto insurance claims process was at a record high of 880 on a 1,000-point scale and is the fourth consecutive year of improvement.

Jean Leonard, with Washington Insurers Group, said the way the “one-sided” bill is written now, insurers would be “forced into an unlevel appraisal situation any time somebody disputed a cost estimate at any time in the process and that would cause really awful delays.”

The bill incentivizes insurance companies to pay fairly because if they don’t, they’re faced with some reprisal, Butler added.

Another hearing on the bill is scheduled for today at 10 a.m. before the committee.