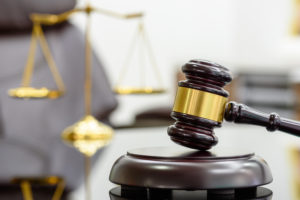 A lawsuit filed in Texas against USAA will now move forward as a class-action case on behalf of thousands of policyholders whose vehicles were allegedly deemed total losses without their consent and, as a result, their registrations were revoked and the vehicles titled as salvage, or non-repairable, by the state.

While the case could have obvious value to consumers, it’s also relevant to repairers as it could mean more vehicles to be repaired rather than salvaged.

The suit stems from a 2009 wreck Sunny Letot was involved in with a USAA policyholder who Letot claims is responsible for the collision. Before filing suit, Letot attempted to have her 1983 Mercedes Benz 300SD repaired. She argued that it was repairable and was worth more because she had been restoring it and was nearly finished.

A USAA employee used CCC Valuescope to appraise the value of the car at $2,728 and that repairing it would cost $8,859 so it was deemed a total loss, according to the suit. Letot disputed the payout and demanded $10,700 for damages. She then found out that USAA had filed an owner retained report with the Texas Department of Transportation two days after she refused to accept the valuation of her car and one day after the checks were tendered by USAA, according to the lawsuit. The report tells the state the vehicle was deemed a total loss, was kept by the owner, and will require a salvage title.

Letot asked USAA to let the DOT know her vehicle was not salvaged. USAA took no action until almost two years later when they asked the DOT if the owner retained report could be corrected “to show that the cost of repairing Letot’s vehicle did not exceed its value in order to remove the ‘total loss’ status,” according to the suit.

The trial court and the Court of Appeals for the Fifth District of Texas at Dallas initially ruled in favor of USAA, but in 2017 the appellate court vacated part of its opinion having to do with alleged violations of the state’s insurance code and Letot’s contract with USAA as well as conversion – that USAA took ownership of Letot’s vehicle without her consent, then remanded the case back to District Court for trial. The District Court granted class certification, which the Court of Appeals affirmed on Feb. 10.

“Discovery later revealed that the procedure USAA used to handle Letot’s claim was routine at USAA,” the opinion states. “USAA’s procedure was to file the owner retained reports immediately after it issued check to claimant, regardless of whether the claimant was given an opportunity to accept the check or whether the check was even mailed. Discovery also revealed that USAA files eighty to one hundred owner
retained reports per week.”

Letot’s attorney, Jeffrey Tillotson, told Repairer Driven News on Thursday the opinion was the “last hurdle” that had to be cleared before the case could go to trial.

“We’re anxious and prepared to proceed,” he said. “They [USAA] just sent people checks for low-dollar amounts without people understanding or knowing what was really going on. This case is about addressing that practice and forcing USAA to comply with the law and ensuring that anyone who’s dealing with USAA understands what they’re trying to do.”

Robert Owen, one of the attorneys representing USAA in the case, told RDN that, “USAA is continuing to review the Court of Appeals’ opinion and is considering its further appellate options.”

USAA appealed the trial court’s class certification to the Fifth District Court on several arguments including that it abused its discretion by certifying an “unascertainable and overly broad” class of members including those that “lack standing.” The class fails to meet the numerosity, commonality, and typicality requirements and lacks an injunctive relief claim, according to USAA. USAA also disagreed with Letot being named the class representative and contends she failed to prove that class action benefits outweigh the detriments.

The Court of Appeals overruled all of the issues USAA presented in its opinion issued last week.

“As we have explained, the focus is not on determining whether a vehicle was an actual salvage vehicle but rather on the timing of USAA filing an owner retained report. … At trial, Letot entered into evidence, without objection, nearly 2,000 owner retained reports filed by ‘USAA’ showing a date of filing three days or less from the ‘Date of Claim Payment.’ Thus, the record shows that class members are clearly ascertainable.”

“It’s a tool that they use to penalize the insured and claimants,” he said. “They use this as a weapon to force them to enter into settlements.”

McDorman provided two USAA total loss examples he helped resolve by having his clients invoke the appraisal clause. Third-party appraisers, one hired by USAA and the other by the policyholders, on both claims agreed that vehicles were undervalued by thousands – a 2006 Jeep Wrangler by $5,967, or 44%, and a 2015 Volkswagen Beetle by $2,346, or 16%. McDorman said both fought USAA’s total loss determinations and weren’t listened to so they invoked the appraisal clause and were able to have their vehicle repairs paid for by USAA.

USAA’s policy, under limit of liability, he added, will deem a vehicle a total loss if the repair cost plus the salvage value is greater than the actual cash value.

“But what happens here is, like the petition says, when they use these data providers such as CCC One, Audatex, and Mitchell, they don’t actually define the actual cash value. They use a complex algorithm that always favors the carrier. …If they would’ve defined the actual cash value, this problem wouldn’t have happened.”