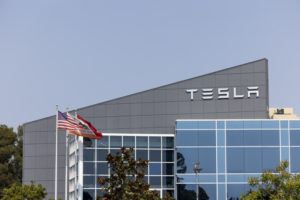 State Farm has filed a $1.27 million subrogation claim against Tesla, claiming that a “defect in design or manufacture” of a 2016 Tesla Model S started a fire that heavily damaged a Carmel, Indiana couple’s home in 2020.

The claim was filed Feb. 16 in U.S. District Court for the Southern District of Indiana by State Farm Fire and Casualty and State Farm Mutual Automobile Insurance Company.

The lawsuit was filed one day before the second anniversary of the fire, which State Farm says was caused by the Tesla as it was recharging in the attached garage of a home owned by Randall W. and Dorothy S. Sencaj.

“Investigation into the origin and cause of the Fire by STATE FARM, and experts retained to investigate on its behalf, revealed the Fire originated at the Tesla and was caused by a defective condition of the vehicle, which was present when the vehicle was placed into the stream of commerce by Defendant Tesla,” the plaintiffs claim.

State Farm says its investigation into the fire showed that it originated with the Tesla, and “was caused by a defective condition of the vehicle” as it was delivered.

It alleges that “the electrical system failed,” causing “an electrical arcing event” that ignited materials within the Tesla’s “engine compartment.”

The claim lists 13 ways in which Tesla could have been negligent:

(c)  The Tesla’s electrical system was defectively designed because it was unsafe to an extent beyond that which would be contemplated by an ordinary user;

(f)  Tesla failed to instruct and inform consumers of the proper use of the vehicle and dangers with the associated electrical system;

(g)  The Tesla electrical system and/or its component parts were designed, manufactured, and/or assembled without proper testing;

(h)  The Tesla’s electrical system was defective in that it caught fire for no apparent reason during its normal use;

(i)  The Tesla’s electrical system was improperly manufactured in such a way as to improperly regulate current traveling through lithium-ion battery cells;

(k)  The Tesla’s electrical system was designed and manufactured so as to be unable to regulate the battery cells conditions;

(m) Was otherwise negligent in the design, manufacture, testing and inspection of the Tesla.

The insurers seek judgment in the amount of $1,271,702.26 be entered in their favor, and “for such other or further relief as this Court deems equitable and just.”

The issue is a reminder of the safety concerns associated with EV repair. I-CAR highlighted some of these concerns during a presentation at the Collision Industry Conference in January.

While the Bolt EV from Chevrolet and conventional vehicles from Hyundai and Kia have recently come under scrutiny for their potential to catch fire while parked, the National Highway Transportation Safety Administration (NHTSA) has said that non-crash battery fires in Teslas are “rare events.”

In rejecting a 2019 petition calling for an investigation into Tesla’s software updates made in response to a series of vehicle fires, NHTSA noted in October that the odds were small that any such inquiry would find a safety issue.

“The available data indicate that noncrash battery fires in Tesla vehicles are rare events. It is unlikely that an order concerning the notification and remedy of a safety-related defect would be issued due to any investigation opened as a result of granting this petition,” the agency noted.