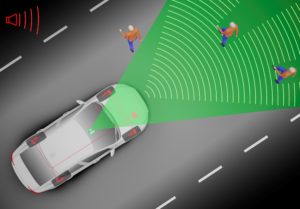 The agency is proposing four additional changes as it makes safety updates to the 5-Star program, also known as the New Car Assessment Program (NCAP):

NHTSA said the proposed changes “pave the way for the Agency to focus on a much broader safety strategy,” as called for in the recently passed 2021 Bipartisan Infrastructure Law.

The public has 60 days to comment on the proposed updates. The full proposal can be found at www.nhtsa.gov/node/133776.

“There’s a crisis on America’s roadways: 3,000 people die every month, and the numbers have only gotten worse in recent years,” Transportation Secretary Pete Buttigieg said in a statement. “These important changes will help save lives on our roadways by ensuring that consumers have the information they need about the latest safety technologies when they buy a new vehicle.”

This shouldn’t be a rally just to the adoption of the technology as a standard, but one echoed in the repair and claims settlement processes when considering the steps necessary to restore the same features and functions. Repairers and insurers alike should be mindful of the sentiment, “these important changes will help save lives on our roadways.”

“NHTSA’s 5-Star Safety Ratings system helps consumers learn more about the safety of new and used vehicles and select the one that’s right for them. The proposed improvements will not only make the program more useful and informative but also keep up with the pace of innovation in vehicle safety,” Steven Cliff, NHTSA’s Deputy Administrator, said in a statement.

Each of the four ADAS technologies to be added “has demonstrated the ability to successfully mitigate high frequency and high-risk crash types,” NHTSA said. “With the proposal to include pedestrian automatic emergency braking, NCAP would be expanded, for the first time, to include safety for people outside of the vehicle.”

NCAP, created in 1979, was established to encourage manufacturers to make safer cars, and consumers to demand them. The Alliance for Automotive Innovation, representing nearly all the OEMs, has credited the program for its ability to “leverage market forces to accelerate the development and deployment of advanced safety technologies and performance.”

AAI had issued its own recommendations for updating NCAP last year, noting that the program has been “updated on an irregular basis” in the past and has “fallen behind the progress made in other countries.”

“Given the significant lead time necessary to implement new safety technology or re-engineer existing performance, a more predictable program is needed to maximize the potential benefits of NCAP,” the alliance said in its New Car Assessment Program findings.

The NCAP announcement comes two days after the release of NHTSA’s early estimate of traffic fatalities for the first nine months of 2021. The agency projects that an estimated 31,720 people died in motor vehicle traffic crashes from January through September 2021, an increase of approximately 12% from the same period in 2020.

The U.S. Department of Transportation in late January released the federal government’s first-ever National Roadway Safety Strategy, a roadmap to address the national crisis in roadway fatalities and serious injuries.

Featured image: An illustration of pedestrian braking on a Volvo S60. (Provided by Volvo Car USA)